Posted onJanuary 26, 2018
Visaji better known as Bajirao was the eldest son of Balaji Vishwanath, the Peshwa (prime minister) of Shahu Maharaj. Bajirao (1720-1740) succeeded to his father's office of Peshwa in 1720 at the age of twenty. Being a great warrior, Bajirao was victorious in all his battles. By defeating Asaf Jah, the Nizam of Hyderabad, Bajirao made the Marathas supreme in the Deccan. He extended the Maratha power to Malwa, Bundelkhand and Gujarat and the territories were recovered from the Sidis of Janjira and the Portuguese. His younger brother Chimnaji Appa always remained with him as a pillar of strength.

There are many stories regarding the origin of Mastani. According to the first legend Mastani was the daughter of the Nizam of Hyderabad, who on the advice of his wife married her to Bajirao, for promoting friendly relations with the Marathas. Second legend says that Mastani was a courtesan in the durbar of the Mughal officer Shahajat Khan. Chimnaji surprised Shahajat Khan and Mastani was among the spoil he captured. Chimnaji found her while attempting to commit suicide, who then assured her Bajirao's protection and sent her to his brother. According to a third story, Mastani was either the daughter of Raja Chhatrasal of Bundelkhand by a Muslim mistress or a courtesan in his durbar. When Muhammad Khan Bangash, the Mughal subedar of Allahabad, attacked the Raja, he appealed to Bajirao, who himself proceeded to Bundelkhand and defeated Muhammad Khan. As a return for Bajirao's help, Chhatrasal gifted him a large part of his kingdom and Mastani. Vasanth Dinanath Rao proposed another theory of Mastani, according to which Mastani was a slave girl either purchased or forcibly taken by Bajirao. 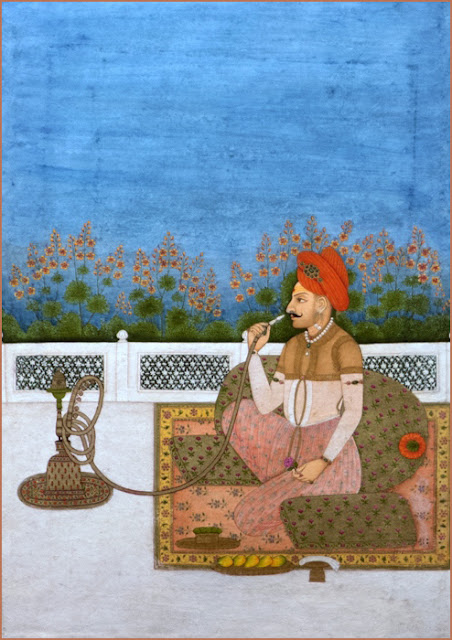 We have the earliest reference of Mastani in the accounts of the marriage ceremony of the Peshwa's eldest son Balaji Bajirao (also known as Nana Sahib) on 11th January 1730. In 1734, a son was born to Bajirao by Mastani. Bajirao wished him to be raised as a Brahmin, but since the Brahmin priests, resisted this and the child was named Krishnarao (Shamsher Bahadur) and brought up as Muslim. After the birth of Shamsher, Mastani's status was increased and a special apartment was built for her in the Peshwa's palace, the Shaniwar Wada. She also received three villages as inam (gift) from the Peshwa near Pune: Pabal, Kendur and Loni. In William Irvine's Later Mughals, there is a mention of Mastani, "Bajirao and his Muhammadan mistress Mastani was seated on one saddle cover, drinking and singing while they rested. Mastani, a dancing girl, followed Bajirao on all his expeditions and never left his side. She rode on a tall horse, stirrup to stirrup with him, and was as good as any Maratha in horsemanship, spear throwing and sword play."

After Mastani entered the life of the Peshwa, he grew infatuated with her and was leading a licentious life. He also indulged in the forbidden habits of drinking wine and eating meat. Bajirao's mother Radhabai, his brother Chimnaji Appa and his son Balaji protested against his behaviour, but Bajirao paid no attention to them. She was blamed for the Peshwa's bad habits of drinking alcohol and eating meat. Chimnaji and Balaji decided to separate them and placed guards around the apartment of Mastani to prevent her access to Bajirao. Bajirao in depression left Pune and went to Patas, a place near Pune (Nov 1739). Mastani somehow escaped from the palace and re-united with Bajirao at Patas (24th Nov 1739).

Here's a letter wrote by Chimnaji Appa from Bajirao's camp to Balaji at Pune, "During a ride the the Rao (Bajirao) accosted a certain Patil of a village in unguarded words; not knowing what he was saying he casually asked the Patil to go and fetch him some fowls. These tendencies proceed from Mastani. There is no hope of a righteous life until we are rid of this devil. I have not given up hope. You have suggested that we should keep special watch here (against persons bringing in communication from Mastani), and make a severe example of one or two messengers (so that the mischief may be stopped). But I do not approve of your suggestion: it will do us no good. It is not possible to distinguish between one messenger and another. It will lead to evil rumours. If Mastani conveys any false reports about you to the Rao, we shall not then be in a position to contradict them." She had again been separated from Bajirao and kept under confinement at Pune. Bajirao was so devotedly attached to Mastani that he even promised to give up drinking alcohol if Mastani was brought back to him. But Chimnaji placed no faith in his brother's words. Mastani even gone on a hunger strike as a protest against her confinement. Both Chimnaji Appa and Balaji decided to arrest her. Shahu Maharaj advised Chimnaji to restore Mastani to Bajirao. He believed that Mastani was not at all responsible for the so-called bad habits of the Peshwa, and it can be stopped only when he himself feels so inclined. However, the Peshwa's family did not relent; the reason was partly the fact that the Brahmin priests refused to perform the rites of the thread ceremony of Raghunathrao (second son of Bajirao by Kashibai, born around 1733) and the marriage ceremony of Sadashivrao (son of Chimnaji), due to Bajirao's association with the Muslim princess. Balaji arrested Mastani and confined her in the palace. At that time Bajirao was away fighting his last campaign with Nasir Jung, the son of the Nizam. 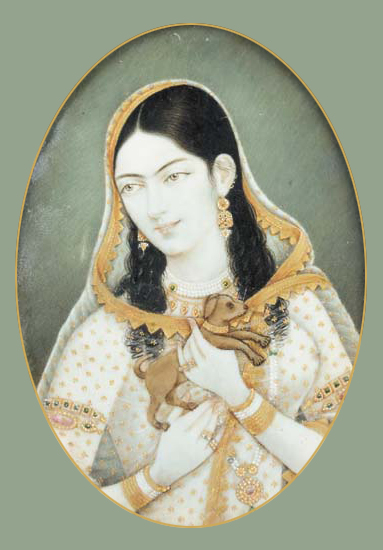 Baji Rao attacked Nasir Jung and forced him to cede the promised jagir, the districts of Handia and Khargone (Feb 1740). Meanwhile at Pune, even after the forced separation and strict confinement of Mastani, the priests refused to conduct the ceremonies at the palace while Bajirao was present. So the ceremonies were performed in his absence (4th & 7th February). This was too much for Bajirao who was already deeply afflicted by Mastani's separation. On 7th March, he proceeded towards the north to occupy his newly acquired jagirs.

The Tragedy of Mastani and the Great Peshwa (1740):


A letter dated 7th March, wrote by Chimnaji to Balaji strikes the following note, "I have had no news from the revered Rao since we parted. I did my utmost to console his distracted mind, but God, it seems, willed otherwise. I do not know what fate is in store for us. We should send her to him upon my return to Pune". But instead of releasing Mastani, Balaji sent his mother Kashi Bai to the Peshwa. The strain of mental agonies were too great for Bajirao, who suddenly taken ill at Raver, on the south bank of Narmada. He died of a violent fever on 28th April 1740, at the age of forty. At the time of his death, his wife Kashi Bai and their little son Janardhan were with him.

What happened to Mastani? There are two versions of her death: First, when she got the news of Bajirao's death, she died in the palace at Pune, may be of shock or by suicide. Her tomb is located at Pabal. Second, she committed Sati on the funeral pyre.

What Happened to Shamsher Bahadur?

Bajirao had four sons: Balaji, also known as Nana Sahib, Raghunathrao and Janardhanrao by Kashi Bai; and Shamsher Bahadur by Mastani. Shamsher Bahadur died during the third battle of Panipat in 1761. His descendants were known as the Nawabs of Banda. After the death of Bajirao, Nana Sahib succeeded him to the office of Peshwa.