Hammira, the Warrior King of Ranthambore

Posted onApril 18, 2018
Govindaraja, son of Prithviraj Chauhan of Ajmer, was the founder of the line of the Chauhans of Ranthambore. Hammiradeva (1280-1301), was the last and most famous Chauhan ruler of Ranthambore. During his reign, the Delhi Sultan Jalal-ud-din Khilji marched against Ranthambore, but finding the fortress impregnable, gave up the idea of capturing it. But his successor Ala-ud-din Khilji conquered Ranthambore (also spelled Ranthambhore) in 1301.

Genealogy of the Chauhan Rulers of Ranthambore: 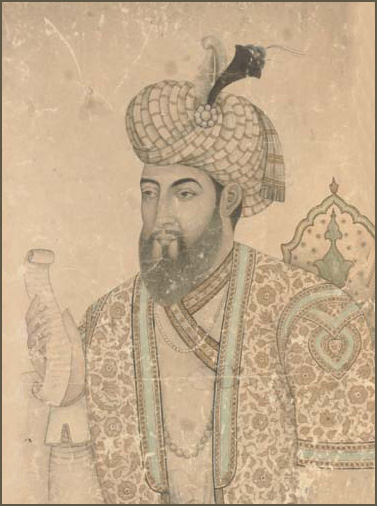 Mahima Sahi in the Hindu Records: According to Hindu records, Ala-ud-din invaded Ranthambore since Rai Hammir declined the Sultan's demands to surrender Muhammad Shah (Mahima Sahi of the Hindu records), a fugitive who had incurred the displeasure of the Sultan, as he was suspected of having an intrigue with a queen of Ala-ud-din. Let us now see what the Musalman historians tell us about Muhammad Shah: While Ulugh Khan (Ala-ud-din's brother) and Nusrat Khan (Wazir) were returning to Delhi after plundering Gujarat with great booty, they halted at Jalore, where they demanded the one fifth of the loot of the soldiers, with great violence, which caused a rebellion of the soldiers, mostly the new Muslims. Mir Muhammad Shah, a New-Muslim (Mongol converted Muslim) leader of these rebels, took refuge with Rai Hammir Dev at Jhain. But the Persian historians does not mention this fact as a cause for the invasion of Ranthambore. According to the advice of Alau-l Mulk, Ala-ud-din started his expedition against Ranthambore; as Ranthambore was close to Delhi, and Hammir Dev ruled there with great power, he determined to conquer it first. Moreover, Sultan Jalal-ud-din Khilji, Ala-ud-din's predecessor, had made an unsuccessful attempt to conquer the fort. According to Badauni, Hammir had 10,000 cavalry, countless infantry and celebrated elephants.


In 1299, Ala-ud-din sent Ulugh Khan and Nusrat Khan to invade Ranthambore. After capturing the fort of Jhain, they laid siege to Ranthambore and exerted themselves in the construction of entrenchments and batteries. One day Nusrat Khan, who had gone too near to the fort, was crushed to death by a stone shot from the fort. Hammir Dev marched out from the fort with 200,000 men, and Ulugh Khan was compelled to fall back to Jhain with great loss. Hearing this news, the Sultan proceeded in person to Ranthambore, and exerted all his powers for its reduction. But the Hindus defended it so obstinately that numbers of the Sultan's army daily fell. The Hindus and the New-Muslims had collected together in the towers and threw fire on the besiegers. Ranthambore had been closely besieged for a whole year, and Ala-ud-din, after trying all other means, adopted the following measure to reduce it: He assembled numerous forces, and provided each with a bag filled with sand; thus they formed an ascent to the top of the walls. Famine prevailed to such an extent within the fort, that they would have purchased a grain of rice for two grains of gold but could not get it. One night the Rai lit a fire at the top of the hill, and threw his women and family into the flames, and rushing on the enemy with a few devoted adherents, they sacrificed their lives with honour. Most of the rebels, who had fled to Ranthambore, after the rebellion at Jalore, also fell in the siege. 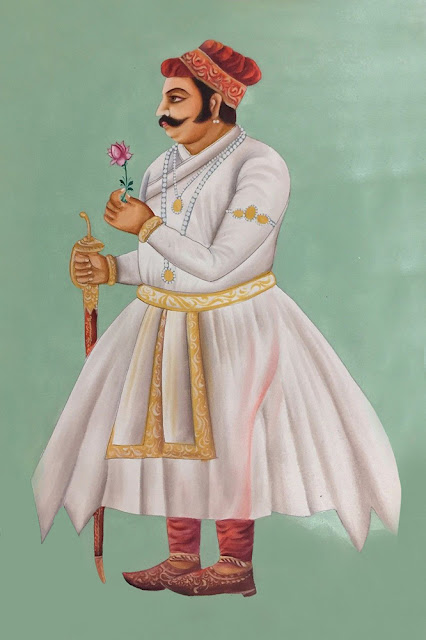 Purusha Pariksha of Vidyapati gives the following account of the battle: When Ala-ud-din learnt that Mahima Sahi was settled there, he immediately set out for Ranthambore and sent a messenger to Hammir demanding the surrender of Mahima Sahi. Hammir replied thus, "I will give the answer of this message with sword-blades and not with words. Not even the God of death, let alone a Muslim king, dare look askance at one who had sought asylum in my house." The enraged Ala-ud-din besieged Ranthambore for three whole years. Finally, when half of his army had survived, while the fort remained still impregnable, Ala-ud-din was making up his mind to return home. But then two ministers of Hammir, Raimal and Ramapala, came to the Sultan and said, "Your Majesty, think not for a moment of departure. The fort is in the grasp of famine. We know its secrets, and tomorrow or the day after you will capture it." On hearing this Ala-ud-din gave rewards to the ministers and strongly blockaded the gates of the fort. Hammira, recognizing his dangerous situation, assembled his troops and addresses them thus: "My men, owing to my compassion for one who had sought asylum with me, though my army is but moderate in size, I determine to attack this mighty Sultan. If there be any strategists among you who think that such action be inexpedient, then let all of you take your departure from this fort and go elsewhere." They replied, "Your Majesty, we never blame you. In compassion for the Muslim refugee you are accepting death in battle. It is from your hand that we have received our livelihood, and how can we now abandon you, our Lord. On tomorrow's dawn blows we will deal to the enemy. You send the unhappy Muslim forth elsewhere, and so you will protect him who should he protected; for it was but for his sake that this conflict had arisen." Mahima Sahi replied, "My Lord, why do you destroy your sons, your wife and your kingdom, for the sake of me, a lonely foreigner. I pray you, surrender me to the Muslim king." The Rai said to him, "Muslim, I will convey you to a place where you will be secure." "Don't say so, for by all means, front of all, I  will wield my sword against the enemy's head", Mahima Sahi replied. The women committed jauhar. At dawn, Hammir mounted his horse with his warriors. At the end of the battle, Hammir, pierced himself with arrows in every limb, fell down from the horse and died. According to Surjana Charita, in addition to the surrender of the rebels, Ala-ud-din had also demanded the submission of Hammir and payment of tribute.

After the capture of Ranthambore, the temple of Bahir Dev (Har Deva), and other temples, were all razed to the ground. Jhain was also captured. When Ala-ud-din saw Mahima Sahi lying wounded, he asked him, "If I have your wounds attended to and rescue you from this dangerous condition, how will you behave towards me in future?" Mahima Sahi replied, "If I regain my health, I would put you to death and raise the son of Hammir Dev, to whom my gratitude is due, to the throne". Ala-ud-din, enraged at this reply, ordered him to be cast under the feet of an elephant. (Badauni says that the Sultan wondered, and was amazed at this audacity of Muhammad Shah, and inquired his faithful amirs the reason why people had so turned against him, and why these continual riots were occurring, and further sought to know how to set about remedying these evils. During Ala-ud-din's conquest of Ranthambore, his nephew tried to assassin him and many rebellions occurred in his absence from Delhi.) But soon after considering his courage and loyalty, Ala-ud-din gave him a decent burial. The Sultan then commanded that Raimal, the disloyal minister of Hammir, who had come over to him with his followers during the siege, should be put to death, saying, "Those who have betrayed their sovereign will never be true to another. How can they be loyal to me?". After placing the fort under his brother Ulugh Khan, the Sultan returned to Delhi. 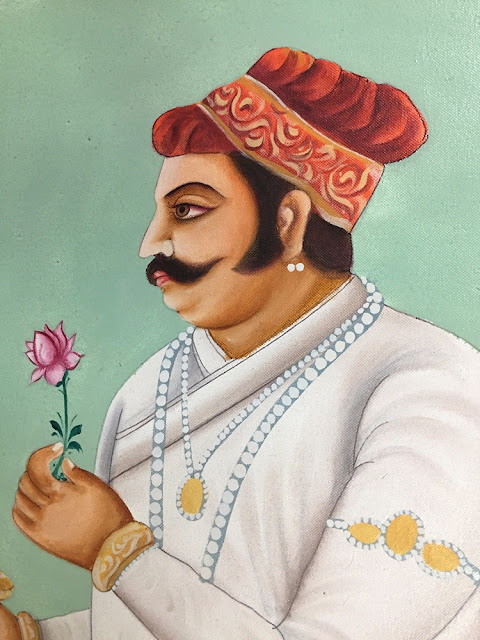 Thus the rule of the Chauhans at Ranthambore came to an end with Hammir's death in 1301.