Posted onNovember 19, 2018
Ghiyas-ud-din Tughlaq (1320-1325) was the founder of the Tughlaq dynasty at Delhi. Wherever he found any of the remaining members of the family and descendants of Sultan Ala-ud-din and Qutb-ud-din, he gladdened their hearts with stipends and pensions. He granted favours to the amirs and maliks of Qutb-ud-din and conferred on them high positions in the court. He married the daughters of Ala-ud-din into suitable families, and severely punished those men who unlawfully married Sultan Khusru Khan to the widow of Qutb-ud-din three days after her husband's death.

Ghiyas-ud-din conferred the title of Ulugh Khan on his eldest son Fakhr-ud-din Jauna (afterwards Sultan Muhammad Tughlaq). His adopted brother Bahram Abiya was honoured with the title Kishlu Khan, and was made the governor of the districts of Multan and Sindh. He granted the title of Tatar Khan to his adopted son. Ghiyas-ud-din built the city of Tughlaqabad and made it his capital. 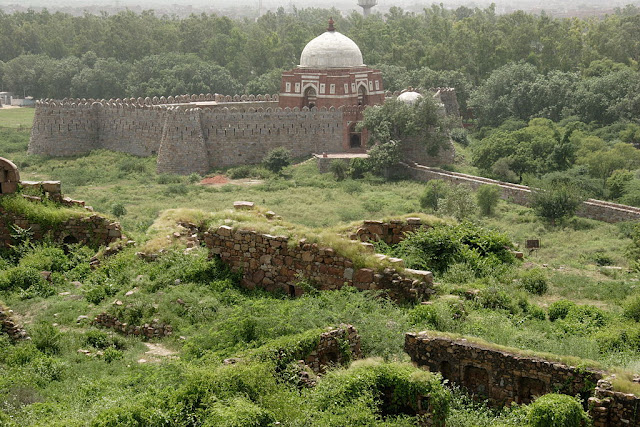 Conquest of Warangal and Telangana:


In 1321, the Crown Prince Ulugh Khan was dispatched to Warangal, the capital of the Kakatiya ruler Prataparudradeva II, with a large army, as the Rai had refused to send his tribute. When he reached Devagiri, he took the nobles who were there with him and marched rapidly to Telangana. The Rai with the neighbouring chiefs opposed him but in the end was obliged to retreat to the fortress of Warangal. Ulugh Khan laid siege to the fortress. The Rai meanwhile sent ambassadors to the Prince offering him riches, elephants and precious gems and also promised to send an annual tribute. But the Prince did not accept these terms and determined to capture the fort. The siege was carried on with great loss on both sides, till the walls were battered down, and a practicable breach made.


On account of the roads being unsafe, the dak chowki had become disorganized and for a whole month no intelligence came from Delhi. While the siege was in progress, Ubaid, the poet, and Shaikhzada Dimishqi spread a false rumour that Sultan Tughlaq was dead and an usurper had seized the throne at Delhi. Ubaid and Shaikhzada Dimishqi held a secret meeting with Malik Tamar, Malik Tikin (Tigin), Malik Mal Afghan and Malik Kafur, the keeper of the seal, those were the leading officers of the army, and told them that as Ulugh Khan considered them as the great maliks of Sultan Ala-ud-din, to have an equal right with himself to the empire, he had determined to dispatch them. The maliks were alarmed on hearing this; and a great panic fell on the soldiers. They fled that night with their followers. Thus deserted, Ulugh Khan raised the siege and retreated towards Devagiri with few followers. In the meantime, the dak chowki was reorganized, and messages arrived from Delhi that all was well. On reaching Devagiri, Ulugh Khan reassembled his dispersed troops. Meanwhile, Malik Tamar fell into the hands of the Hindus and perished. The Hindus slew Malik Tikin, the governor of Oudh, and sent his skin to Ulugh Khan. Malik Mal Afghan, Ubaid, the poet, and other revolters, were made prisoners and sent to Ulugh Khan at Devagiri, and the latter sent them to his father at Delhi. Sultan Tughlaq ordered that Ubaid the poet, and the other rebels, should be impaled alive [According to Ferishta they were buried alive with this severe sarcasm that as they had buried him 'alive' in jest, he would bury them alive in 'earnest'], and the members of their families and their dependents should be thrown under the feet of elephants. When Ulugh Khan reached Delhi, his father conferred many favours on him. [According to Badauni, the revolutionary maliks planned an insurrection against the Prince, and thus he was compelled to retreat to Devagiri. Yahya says that Ubaid employed these four maliks for assassinating the Prince, and being informed of this, he retreated to Devagiri. Yahya adds that when Ulugh Khan reached near the Sultan by forced marches and narrated to him the whole incident, the Sultan issued firmans ordering to put the rebellious maliks to death.]

In 1323, Sultan Tughlaq again sent Ulugh Khan to Telangana with an immense army. Ulugh Khan besieged the fort of Warangal and captured it in a short time. Rai Prataparudradeva was taken prisoner and sent to Delhi with his elephants and treasures. The name of Warangal was changed to Sultanpur. Ulugh Khan then marched to Jajnagar and captured forty elephants and these he sent to his father. When Warangal was taken and the elephants arrived from Jajnagar, several Mongol armies attacked the frontiers, but the royal armies defeated them and sent their two generals as prisoners to the court.

Ibn Battuta's version is somewhat different: he charges the Prince with conspiracy and says that when he reached Telangana, he prepared to rebel, and ordered his companion Ubaid the poet, to spread the rumour of Sultan Tughlaq's death among the troops. He calculated that the troops would hasten to swear allegiance to him. But the amirs of the army did not believe the rumour and they revolted. The rebels intended to kill Ulugh Khan, but Malik Tamar prevented them from doing so. Ulugh Khan fled to his father with ten horsemen. Sultan Tughlaq reinforced him with money and troops and sent him to Telangana for the second time. Sultan Tughlaq executed the poet Ubaid and Malik Kafur. Rest of the amirs fled to Sultan Shamsuddin Firoz Shah at Bengal. 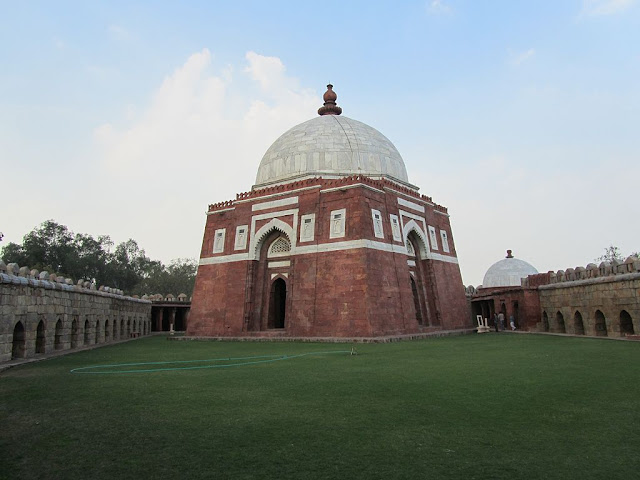 Sultan Ghiyas-ud-din Tughlaq died in an accident shortly after his return from the conquest of Bengal (Lakhnauti) in 1325. For more details please read my previous post Did Muhammad Tughlaq Kill His Father?. Other sons of the Sultan were: Bahram Khan, Zafar Khan, Mahmud Khan and Nasrat Khan. Makhduma-i-Jahan, mother of Muhammad, was his chief wife. Mahomed Masoom says, "In 1323, Sultan Ghiyas-ud-din appointed his son Ulugh Khan as his heir, resigning the throne to him. He obtained from the amirs a written deed, by which they agreed to be obedient to Ulugh Khan". Ghiyas-ud-din's reign lasted for four years and ten months.
Share
Post a Comment
Labels#Delhi Sultans
Newer
Older