Thalassery fort is one of the major tourist attractions in Kannur district of Kerala.

Tellicherry is the anglicized form of Thalassery, and Cannanore is of Kannur.

The British arrived in Thalassery in 1683 and erected a goods shed there. They later shifted their commercial capital to Thalassery from Kozhikode (Calicut).

In 1700 the British built the Thalassery fort on a small hill called Tiruvellapad Kunnu. It was reinforced with bastions and raised in height in 1708. 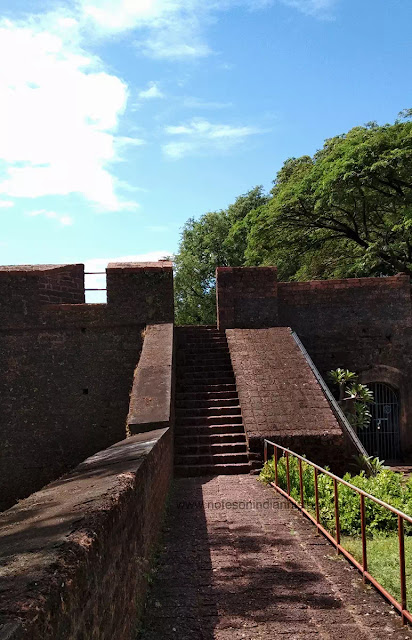 The fort's site was chosen because of its strategic seaward orientation to fend off various assaults. 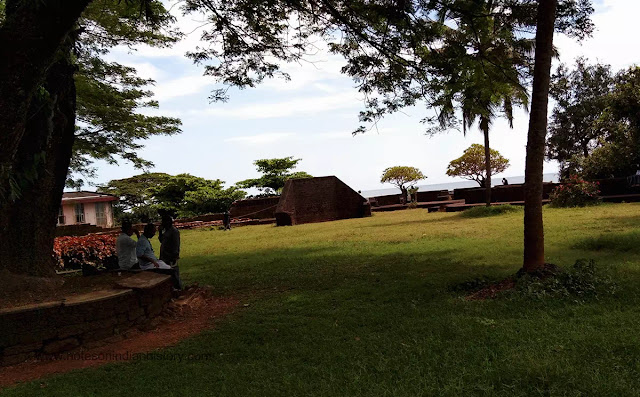 The square, laterite fort stands out for its substantial vented walls and powerful flanking bastions. 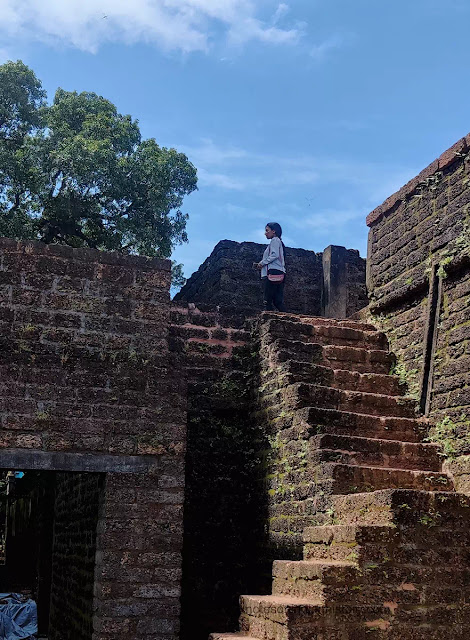 The fort has a huge arched gateway and small figurines carved on the top at the entrance. 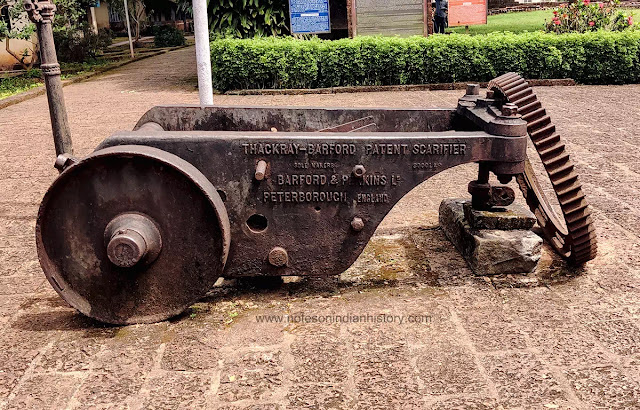 There are two underground chambers that were once used to store pepper, cardamom etc. 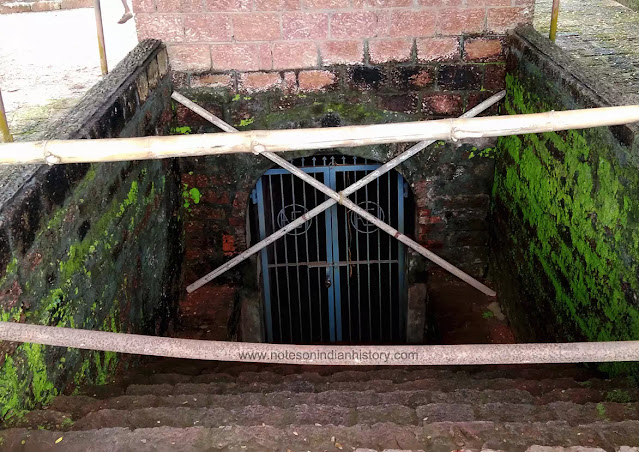 There are secret tunnels that lead to the sea which could have used by the fort inhabitants as an escape system at the time of assault. These tunnels are now blocked. 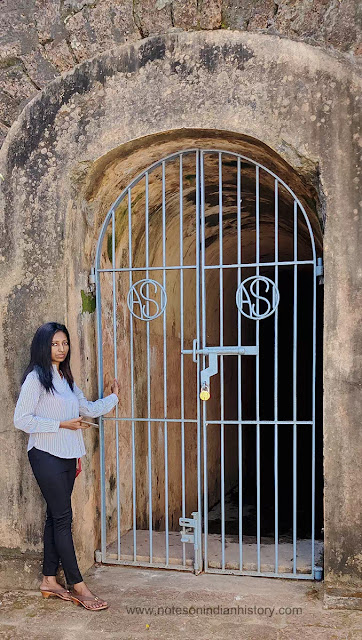 Inside the fort is a lighthouse. 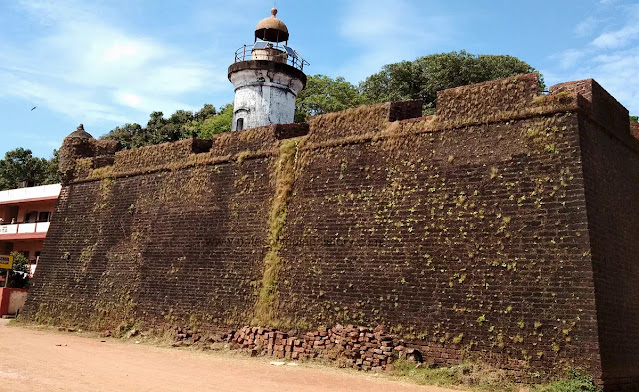 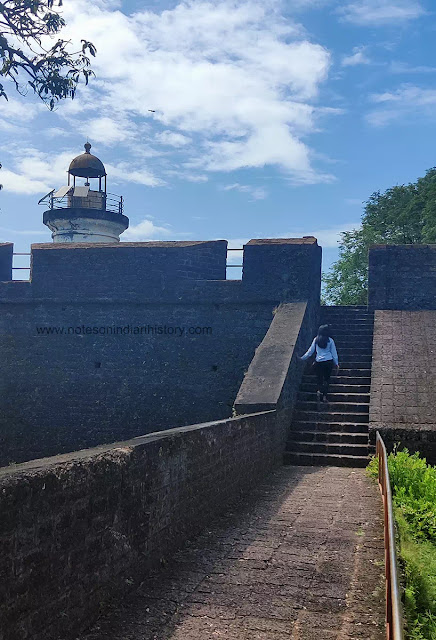 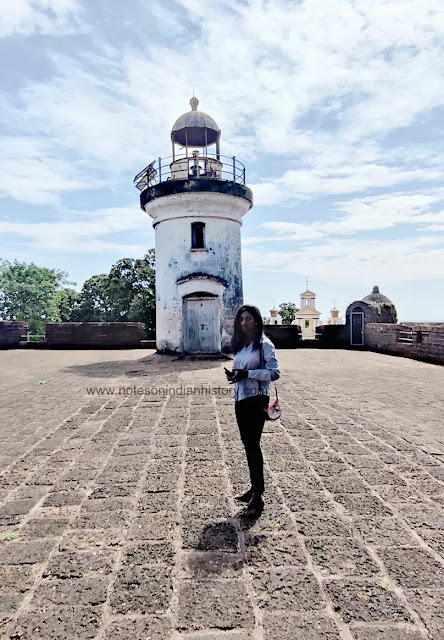 We have this description of the Tellicherry fort from the 'Oriental Commerce of the East India Trader's Complete Guide' by published in 1825:

This principal British settlement on the Malabar Coast is about ten miles to the S. of Kannur. The fort is of considerable size with strong walls, though rather ruinous, having convenient houses for the chief and gentlemen of the factory.

A considerable inland and foreign trade is carried on here. Most of the ships from China bound to Bombay and Goa, touch here, and dispose of part of their cargoes, which is mostly resold to the inhabitants of the interior, who make their returns in the produce of the country such as ginger, pepper, coconuts, coir and cotton cloth, which is very good and cheap; they have a particular kind of towels, esteemed the best in India. Here are several Portuguese merchants; likewise a few Parsees.

The customs are farmed by a Parsee merchant resident at Tellicherry, and vary according to the articles bought and sold; it is therefore best to make your agreement to be exempt from all duties, which may readily be done with the merchants.

Bullocks and water are supplied by the master attendant. Rice and paddy are very dear; gram is to be had; poultry is indifferent; yams and other vegetables scarce and dear.

It is difficult to procure plank or mats for dunnaging the hold, and stowing the pepper here; they should therefore be brought from Bombay, or sent for to Cochin.

The coins current here are pagodas, rupees, fanams, pice, and tars. There are two kinds of fanams; the one is a small gold coin, with a considerable alloy of silver and copper; the other a silver coin ; the pice and tar are copper, coined in England.

Accounts are kept in rupees, quarters, and reas, the same as at Bombay.

The commercial weights are pollams, maunds and candies. The long measures are covid and guz.

After independence, the fort housed many government offices.