Posted onFebruary 23, 2015
Medieval Indian traditions remember Dara Shukoh not so much as the emperor's son, but as a Mystic Philosopher. The great dream of Dara's life was the brotherhood of all faiths and the unity of mankind.

Prince Muhammad Dara Shukoh, the eldest son of Mughal emperor Shah Jahan and his beloved wife Mumtaz Mahal, was born on 20th Mar 1615 at Ajmer (in Rajasthan). Dara himself tells us the circumstances attending his birth in his Safinat-ul-Auliya, "As in the house of my respected father three daughters had been born and there were no mail issues as the age of His Majesty had reached twenty-four, he, on account of the faith and devotion that he had for the Khwaja Mu'inuddin Chishti, prayed with thousand presentations and supplications for the birth of a son. And with his grace God, the most High, brought this meanest slave of his into existence who hopes that he will grant him the grace of doing good and will bring to his host His goodwill and that of His friends". It was Jahangir who named his grandson Dara Shukoh, meaning Darius the Magnificent.

Life of Dara Shukoh Before September 1657:


This much we know about Dara's early life that in 1626, followed by the unsuccessful rebellion of his father Shah Jahan, Dara and his brother Aurangzeb were kept as hostages at their grandfather Jahangir's court till Shah Shah ascended the throne in 1627. Dara was a patron of fine arts. The Dara Shikoh album is a collection of paintings and calligraphy assembled during the 1630s by him, and was presented to his wife Nadira Banu Begum in 1642. He was very fond of music, dancing and listening to buffoons and had faith in Astrologers. 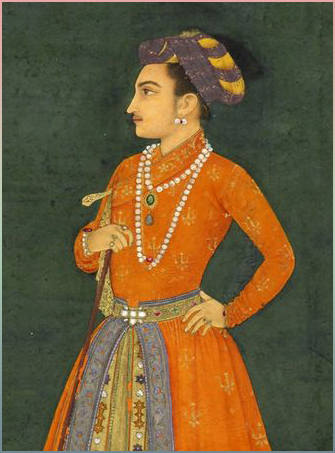 The Mingling of the Two Oceans: Like his great-grandfather Akbar, Dara Shukoh respected all religions; he believed in the mingling of all religions. Dara belonged to the Qadiri cult and was a follower of Lahore's famous Qadiri Sufi Saint Hazrat Mian Mir. He says that at the age of 21, owing to a prolonged illness, his father took him to the Saint, who by the magic touch of supernatural powers cured him completely in a week's time. When Miar Mir died, Dara became a disciple of his successor Mulla Shah Badakhshi. Begum Jahan Ara was also a follower of Mulla Shah. She says about her brother, "I love my brother Dara Shukoh extremely both in form and spirit. We are in fact like one soul in two bodies and one spirit in two physical forms". Dara was also a disciple of Sarmad, a Sufi poet. Sarmad went always naked, except when he appeared in the presence of the Prince, when he contented himself with a piece of cloth at his waist. (Sarmad was later put to death by Aurangzeb).

Dara believed that what is referred to in the Quran as the Hidden Book is actually the Upanishads. "Dara held to no religion. When with Mohammedans, he praised the tenants of Muhammad; when with Jews, the Jewish religion; when with Hindus, he praised Hinduism. This is why Aurangzeb called him The Infidel", Manucci says. If we check the Mughal records all of them blames Dara for his religious interaction among people of all faiths. Though Dara had adopted Sufism, he showed an inclination for Hinduism. He declared Hinduism and Islam to be twin brothers, and had written treatises on this subject. He was constantly in the society of Brahmans, Jogis and Sannyasis, and regarded them as learned and true masters of wisdom. He considered their books which they call Bed as being the Word of God, and revealed from heaven, and he called them ancient and excellent books. He collected Brahmans and Sannyasis from all parts of the country and employed them in translating the Bed. He spent all his time in translating and reading Hindu books. He adopted the Hindu name Prabhu (lord), which the Hindus consider holy, and he had this name engraved in Hindi letters upon rings of diamond, ruby, emerald etc. He gave up the prayers, fasting and other obligations imposed by the law. According to Muhammad Kazim of Alamgir-nama, if Dara Shukoh had obtained the throne, 'the precepts of Islam would be changed for the rant of infidelity and Judaism'.


Translations and Works: Dara translated fifty-two Upanishads from Sanskrit to Persian with the help of Hindu pundits and Sannyasis from Banaras, which is called the Sirr-i-Akbar (The Greatest Secret - 1657). Dara had, with help from Sanskrit scholars, translated two other classics, the Bhagavad Gita and the Yoga Vasishtha (1650) into Persian (Persian translation of Yoga Vasishtha is called Jug-Bashisht). He also wrote many books in Persian: Safinat ul-Auliya (1639) is the first work of Dara which is a biography of the Saints and famous Sufis from the beginning of Islam to his time. His other works are Sakinat-ul-Auliya (the biography of Hazrat Mian Mir and his many disciples including Dara's spiritual guide Mulla Shah Badakhshi - 1643), Hasanat ul-‘Arifin (The Aphorisms of Saints - 1653), Tariqat-ul-Haqiqat (1653), Risala-i Haq Numa (the Compass of the Truth), Iksir-i-A'zam (The Diwan and the Quatrains of Dara Shukoh. It is a collection of Dara's poems), Makalama Baba Lal wa Dara Shukoh (consists of seven long conversations between the Prince and Baba Lal, a Hindu devotee of Punjab - 1653). His most famous work is the Majma-ul-Bahrain (The Mingling of the Two Oceans - 1656), which is a comparative study of Islam and Hinduism. 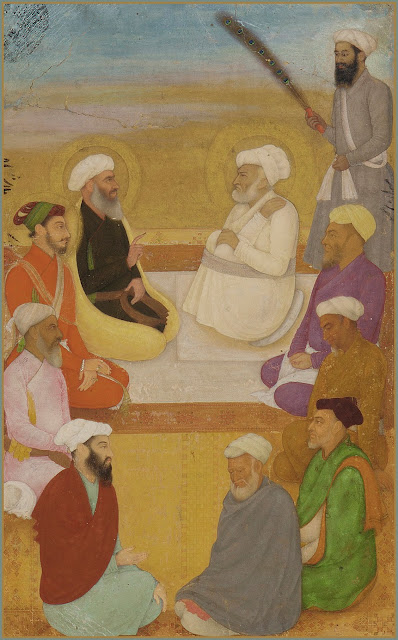 The Prince of High Fortune: Shah Jahan considered, Prince Dara Shukoh superior to his other sons both in merit and age. His partiality and affection for Dara was up to this extent that he did not allow Dara to go away from him while he sent Shuja to Bengal; Aurangzeb to Deccan and Murad to Gujarat. Envious of this preference, Aurangzeb always sought means of injuring him. Dara was also the favorite brother of Jahan Ara Begum. He was declared the heir apparent with the title of Shah Buland Iqbal (The Prince of High Fortune), and was directed to seat on a golden throne, that was placed near the sublime throne (this practice was started by Jahangir) in Feb 1655. Manucci tells us that out of the great respect he had for his father, Dara would never consent to sit on this throne, and finally Shah Jahan gave an order that all the nobles should go first to make their morning bow in the presence of the heir apparent and then come to his daily audience.

Account of Niccolao Manucci: Manucci, a Venetian, joined Dara's service in 1656, where he was enlisted as an artilleryman on rupees 80 a month. He was very attached to Dara and remained loyal to him. Manucci describes Dara as "a man of dignified manners, of a comely countenance, joyous and polite in conversation, ready and gracious of speech, of most extraordinary liberality, kindly and compassionate, but over-confident in his opinion of himself, considering himself competent in all things and having no need of advisers. Thus it was that his dearest friends never ventured to inform him of the most essential things". Manucci says that after becoming the crowned prince, Dara had become haughty and had insulted many nobles and generals at the court. Shah Jahan advised Dara against his bad acts and words (It's hard to believe this! See also Bernier's description below). Manucci had seen three Fathers at Dara's court of whom Father Henriques Buzeo was much loved by the Prince.

Account of Francois Bernier: Bernier, a Frenchman, served as Dara's physician in March 1659. According to him, Dara "was courteous in conversation, quick at repartee, polite, and extremely liberal: but he entertained too exalted an opinion of himself; believed he could accomplish everything by the powers of his own mind, and imagined that there existed no man from whose counsel he could derive benefit. He spoke disdainfully of those who ventured to advise him, and thus deterred his sincerest friends from disclosing the secret machinations of his brothers. He was also very irascible; apt to menace; abusive and insulting even to the greatest Omrahs; but his anger was seldom more than momentary".

Defeat & Death: Dara Shukoh was defeated in the battle of Samugarh by the treachery of his officers and was later captured by the betrayal of Malik Jiwan. Dara was forty-four years old when he was executed on the orders of his younger brother Aurangzeb, in 30 August 1659 by declaring guilty of idolatry and apostasy from Islam, and is buried in the Humayun's tomb at Delhi. Dara had two sons: Sulaiman Shukoh (King Solomon) and Sipihr Shukoh (High as the Stars) and a daughter, Jahanzeb Banu Begum, by Nadira Banu Begum, the daughter of his uncle Prince Parveiz.


Pari Mahal (Palace of Fairies) is a beautiful garden built by Prince Dara Shukoh in the mid-1600s in Srinagar on the ruins of a Buddhist Monastery. He built it for his tutor Mulla Shah Badakhshi and later it was used as an observatory for teaching astronomy and astrology. 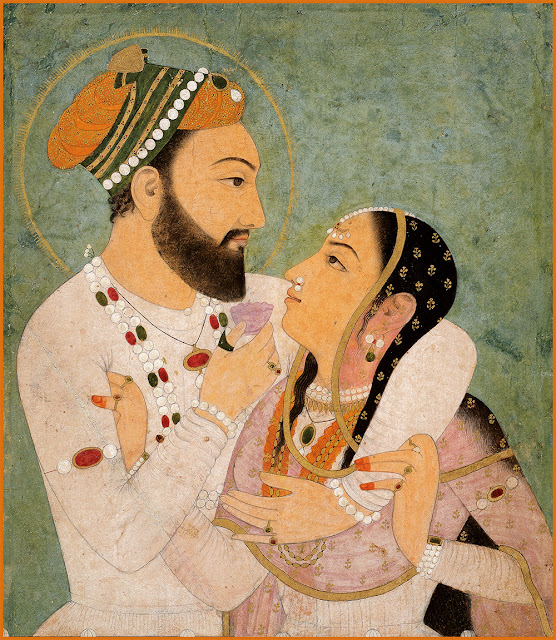 Many people of the past believed that the Mughal empire come to an end because of the curse of murdering Dara Shukoh. How different India's history would have been had Dara Shukoh won the battle of Samugarh? Add your thoughts!

Manucci says that Dara had a love affair with Ranadil, a dancing girl at Shah Jahan's court and later he married her.