Posted onAugust 05, 2017
"Verily, courage, and generosity and liberality,
Belonged to Muhammad, son of Qasim, son of Muhammad,
He led armies at the age of seventeen years,
He seemed destined for command from the day of his birth."


Arab Invasion of Sind (AD 712): The rise of Islam in India began with the conquest of Sind (now in Pakistan) by the Arabs. At that time Sind was under the rule of a Hindu Brahmin dynasty with its capital at Alor. It was during the reign of Caliph Umar ibn Al-Khattab (reign: 634-644) that an army of Islam was first sent out to Sind to carry on religious wars.

Sind was conquered during the caliphate of Al-Walid ibn Abd-al-Malik of Umayyad dynasty of Damascus (reign: 705-715). At that time the ruler of Sind was Rai Dahir, son of Chach. 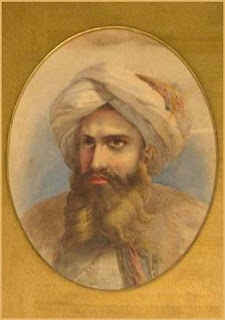 In 694 Caliph Abd-al-Malik (reign: 685-705) appointed Al-Hajjaj ibn Yusuf the governor of Iraq. Though nominally governor only of Iraq Hajjaj in fact ruled all the countries which constituted the entire eastern frontier of the Umayyads.

Once the king of Ceylon sent some gifts to Hajjaj in eight vessels including Muhammadan orphans, Abyssinian slaves and female pilgrims. Their ship was plundered by some pirates of Debal (a region in Sind). The pirates killed many of them and made others prisoners.

When this news reached Hajjaj, he sent a messenger to Rai Dahir at Sind demanding their release, but Dahir replied that he had no sufficient strength to capture these robbers.

Angered by this reply, Hajjaj made two unsuccessful attempts to conquer Debal.

In the reign of Caliph Walid, Hajjaj ordered his cousin and son-in-law Muhammad-bin-Qasim to attack Sind.

Muhammad-bin-Qasim, the Arab Conqueror of Sind:

Muhammad-bin-Qasim, a youth of seventeen, left Baghdad with 6,000 Syrians. Debal was captured and the prisoners were released. After taking Debal Muhammad Qasim captured the neighboring towns of Nirun, Sahban, Sadusan and Siwistan. He then crossed the river Indus and marched to Alor against Rai Dahir. 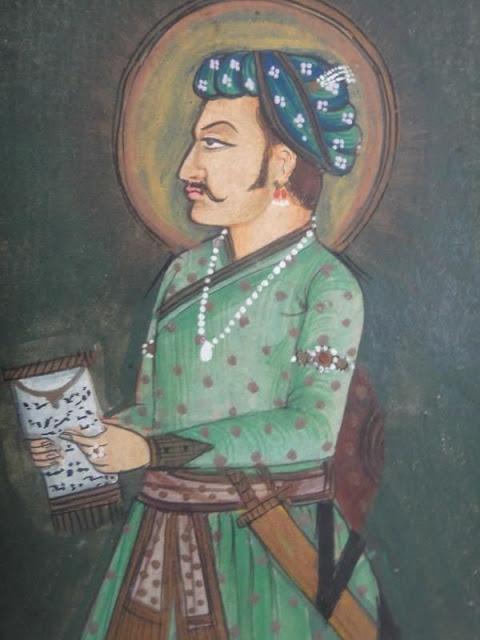 Rai Dahir fought valiantly in the battle meanwhile one of Qasim's men threw a naphtha arrow at the litter of Rai Dahir's elephant and the litter caught fire. The elephant fled towards the river. At this time one of the arrows pierced Rai Dahir's throat and he died. Alor fort was captured.


Qasim next marched against Raor (Rawar) and Rani Bai, the sister of Rai Dahir, committed jauhar. (When Dahir ascended the throne, astrologers predicted that her husband will be the king of Sind. For this reason Dahir married his sister, but there was no consummation). After capturing Brahmanabad Muhammad Qasim advanced as far as Kannauj.

With the conquest of Sind Hajjaj got possession of immense wealth including elephants, horses and cattle. Hajjaj had spent sixty millions of dirhams for Sind expedition and the wealth he got amounted to one hundred and twenty millions! Hajjaj died in AD 714. 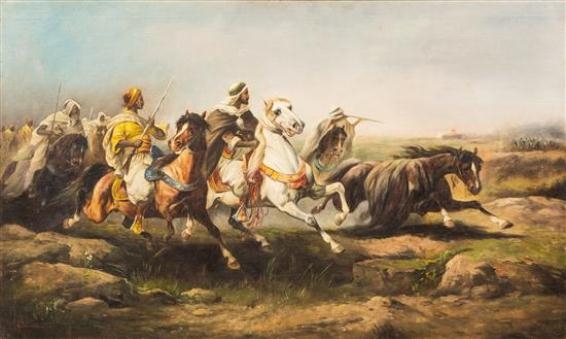 Tarikh-i-Masumi and Chachnama give an interesting account of Muhammad-bin-Qasim's death; according to which Caliph Walid was responsible for his death. Qasim had sent to the Caliph Soorya Devi and Parmal Devi, Rai Dahir's daughters, who were seized after the capture of Alor. Enamored of her surpassing beauty the Caliph ordered Soorya Devi to stay in his room at night. The girl replied that she's not fit for the bed room of the Caliph because Muhammad Qasim had kept both of them for three days before sending them to the Caliph. She said that such a disgrace should not be permitted by kings. The Caliph immediately wrote a letter to Qasim that he should wrap himself up in the raw hide and be present at the capital. Muhammad Qasim was at Udaipur when he received this letter. Qasim ordered his men to put him into a hide, place in a chest and sent him to the capital. In this way died Muhammad-bin-Qasim.


When the box was taken to the Caliph, he opened it and showed the corpse to the girls, telling them that how strictly his commands were obeyed. Soorya Devi at first made apologies and then accused the Caliph for not making proper enquiries before passing such an order. She said, "in fact Muhammad Qasim was like a brother to us and he never touched us. We have told you false things about him for taking our revenge as he killed our father, desolated the kingdom of our fathers and grandfathers, and degraded us from princely rank to slavery. As for Muhammad Qasim, if he had any sense in him he would have reached here in the usual way and then enclosed himself in raw leather, so that after finding out the truth he would not have died. She also added that Muhammad Qasim, who defeated the king of Sind, captured many towns, built mosques and minarets and captured a hundred thousand slave girls, should not have been killed simply at the words of a slave girl. Chachnama states that hearing this the Caliph ordered the two sisters to be buried alive in a wall. According to Tarikh-i-Masumi, he ordered that the two girls were tied to the tails of two horses, and after having been dragged round the city, they were thrown into the Tigris.

According to Futuh al-Buldan of Al-Baladhuri, Muhammad Qasim was made prisoner and tortured to death by the order of Caliph Sulayman. The details are following: When Caliph Walid died in AD 715 his brother Sulayman succeeded as the Caliph. Sulayman appointed Salih the governor of Iraq and Yazid governor of Sind. Muhammad Qasim was made a prisoner and was imprisoned by Salih at Wasit. Salih tortured him until he died, since Hajjaj had put to death Salih's brother Adam. Thus died Muhammad Bin Qasim in AD 715.

The Umayyads were the first Muslim dynasty.

About the Hindu Kings of Sind: Rai Dewaij → Rai Sahiras I → Sahasi I → Rai Sahiras II (His dominions extended on the east to Kashmir and Kannauj, on the west to Makran, on the south to the coast of the sea and Debal, and on the north to the mountains of Kurdan and Kikanan. He was defeated and killed by king Nimruz) → Rai Sahasi II → Chach (The Brahmin Chach who usurped the kingdom was Rai Sahasi II's chamberlain) → Chandar, brother of Chach → Rai Dahir, son of Chach

Tarikh-i-Masumi, A history of Sind, embracing the period from A.D. 710 to A.D. 1590 by Muhammad Masum translated by George Grenville