Posted onFebruary 03, 2018
Though the Emperor Akbar (1556-1605) himself was illiterate, he was a great patron of literature and art. Philologists were constantly engaged in translating Hindi, Greek, Arabic and Persian books into other languages. Naqib Khan, Akbar's book reader, superintended the translation of many Sanskrit books. Other chief scholars of Akbar's reign were Abul Fazl, Faizi, Abdul Qadir Badauni, Mulla Shah Muhammad, Mulla Shiri, Sultan Haji of Thanesar and Haji Ibrahim Sirhindi. It appears that the Brahmins at first read the Sanskrit books and explained to them in Hindi. Some of the learned Brahmins were Deva Misra, Satavadhana, Madhusadhana Misra, Chaturbhuja and Shaikh Bhawan (a Brahmin turned Musalman)

The library was divided into many parts: some of the books are kept within, and some without the Harem. The library was subdivided, according to the value of the books. Prose books, poetical works, Hindi, Persian, Greek, Kashmirian and Arabic were separately placed. Experienced people bring them daily and read them before Akbar, who hears every book from the beginning to the end. At which page the readers daily stop, he makes a sign with the pen. He rewards the readers with presents of cash, either in gold or silver, according to the number of leaves read out by them. He does not get tired of hearing a book over again, but listens to the reading of it with more interest. 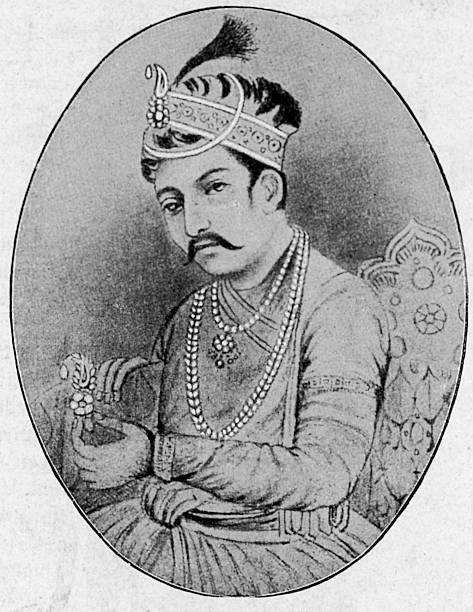 See Badauni's interesting remarks, "When he (Akbar) had the Shahnama, and the story of Amir Hamza (Hamzanama) in seventeen volumes transcribed in fifteen years, and had spent much gold in illuminating it, he also heard the story of Abu Muslim and the Jami-ul-hikayat, repeated, and it suddenly came into his mind that most of these books were nothing but poetry and fiction. But now he ordered those Hindu books, which holy and staid sages had written, and were all clear and convincing proofs, and which were the very pivot on which all their religion, and faith, and holiness turned, to be translated from the Indian into the Persian language, and thought to himself, "Why should I not have them done in my name?"

Faizi translated Lilawati, a well-known book on mathematics and the poem Nal Daman (1595), which is the love story of Nala and Damayanti.

The Harivamsa, the Legend of Krishna, was translated into Persian by Maulana Shiri.

Abul Fazl translated Kalila wa Dimna, which is the Arabic translation of Panchatantra, a collection of animal fables, into Persian under the title of Iyar-i Danish. The Persian translation of Kalila wa Dimna, was already done by Nasrullah Mustaufi and Husain Waiz, but since 'their style abounds in rare metaphors and difficult words', Abul Fazl was ordered to compose a simplified version of the same. Husain Waiz's version of Panchatantra is called Anwar-i-Suhayli or Lights of Canopus. Abul Fazl also wrote prefaces of the Razmnama and Tarikh-i-Alfi or History of the Millennium. 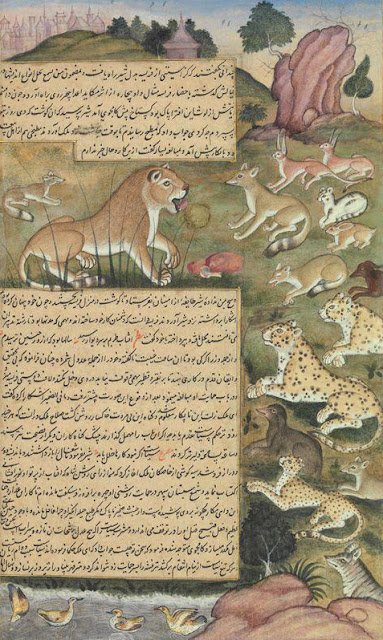 
"In this year the Emperor commanded me to make a translation of the Ramayana, which is a superior composition to the Mahabharata. It contains 25,000 couplets (slok), and each slok consists of 65 letters. The story is about Raja Ram Chand of Oudh (Ayodhya), whom they also call Ram. And the Hindus pay him worship as a god in human form. In the month Jamada'-l-awwal of the year nine hundred and ninety-seven (997) I finished the translation of the Ramayana, which had taken me four years. I wrote it all in couplets, and brought it to the Emperor".

"In the month Jamadal-akhir, while the camp was at Kannauj, a book called Singhasan Battisi, which is a series of thirty-two tales about Raja Bikramajit of Malwa, and resembles the Ṭuti-nama, was placed in my hands; and I received his Majesty's instructions to make a translation of it in prose and verse. I was to begin the work at once, and present a sheet of my work on that very day. A learned Brahman was appointed to interpret the book for me. On the first day I completed a sheet, containing the beginning of the first story, and when I presented it, His Majesty expressed his approbation. When the translation was finished, I called it Namah-i Khirad-afza a name which contains the date of its composition. It was graciously accepted, and placed in the library".

Persian Translation of the Mahabharata, Razmnama, the book of Wars:

Naqib Khan superintended the translation of Mahabharata, which took one and a half years to complete. Here's the account of the translation process of Mahabharata given by Badauni: "Having assembled some learned Hindus, and gave them directions to write an explanation of the Mahabharata. For two nights, he personally explained the meaning to Naqib Khan who wrote out the resultant text in Persian. On the third night, the Emperor associated me with Naqib Khan. In three or four months, I translated two out of the eighteen chapters. Such discussion as one never heard! as, Shall I eat forbidden things? Shall I eat turnips? But such is my fate, to be employed on such works. Another part was subsequently finished by Naqib Khan and Mulla Shiri, and a third part was completed by Sultan Haji Thanesari. Shaikh Faizi was then appointed, to write it in verse and prose, but he did not complete more than two chapters. The Haji again wrote it, correcting the errors which had appeared in his first translation. He had revised a hundred sheets, so exactly rendered. In the end upon some fault, His Majesty ordered him to be dismissed and sent away to Bhakkar, his native city. Most of the scholars who were engaged in this work are now with the Kauravas and Pandavas. His Majesty named the work Razmnama, and had it illustrated and transcribed in many copies, and the nobles too were ordered to have it transcribed by way of obtaining blessings. Shaikh Abul Fazl wrote a preface to it about two sheets."


Other Works: Mukammal Khan of Gujarat translated into Persian the Tajak, a well known work on Astronomy. Baburnama, the Memoirs of Babur, was translated from Turkish into Persian by Abdu-r-Rahim Khan Khanan. Rajatarangini, the History of Kashmir, containing the annals of the last four thousand years, had been translated from Kashmirian into Persian by Maulana Shah Muhammad of Shahabad, known as the Bahr-ul-asmar. Badauni says that he re-wrote the Persian translation of Bahr-ul-asmar in an easy style by the order of Akbar. Mujam al-Buldan, the large geographical dictionary, had been translated from Arabic into Persian by many scholars such as Mulla Ahmad of Thatta, Qasim Beg and Shaikh Munawwar. Tarikh-i-Alfi was composed by Badauni, Mulla Ahmad of Thatta, and Jafar Beg-i-Asaf Khan. Akbar also commissioned the writing of Tarikhi Sher Shahi, history of the reign of Sher Shah Suri.

Akbar had many books illustrated: Clever painters made astonishing illustrations for Shahnama the Book of Kings (Badauni says that Mulla Taqi of Shushtar rendered the Shahnama into prose), Khamsa of Nizami, Gulistan of Sadi, Tuti-nama, Diwan of Hafiz, Darabnama the Tales of Darab, Hamzanama, Chingiznama, Tarikh-i-Alfi, Zafarnama, the biography of Timur, Ain-i-Akbari, Akbarnama, Razmnama, Ramayan, Nal Daman, Anwar-i-Suhayli, Iyar-i Danish etc. Some of the famous painters at his court were Mir Sayyd Ali, Abd al-Samad, Daswanth, Basawan and his son Manohar, Mahesh and his son Miskin.
Share
Post a Comment
Labels#Mughal
Newer
Older