Muhammad Tughlaq and His Cousin Firoz, Sultans of Delhi

Posted onOctober 17, 2018
Muhammad (1325-1351), son of Sultan Ghiyas-ud-din Tughlaq, was perhaps the most controversial ruler in Indian history. He was the most important ruler of the Tughlaq dynasty, under whom the Tughlaq Sultanate reached its greatest extent. Muhammad is famous as a "Man of Ideas". He formed many different projects, which effected 'to the ruin of the country and the decay of the people'. His reign was full of revolts. Muhammad had great love for his mother Makhduma-i-Jahan. Another person to whom Muhammad was very kind and generous was his cousin Firoz.

Firoz was eighteen years old when Muhammad ascended the throne. Muhammad made him the Naib-Barbak (deputy of the Lord Chamberlain). Afif writes, "Keeping him (Firoz) constantly near his person, he used to explain to him all affairs of State that came up for consideration. When Muhammad divided the territories of Delhi into four parts, he placed one part under the charge of Firoz, so that he might acquire experience in the art of government. The Sultan used to keep Firoz continually at work in various matters; but this labour was not imposed upon him out of any ill-feeling, for, had the king disliked him, he would have sent him far from his court. Muhammad's object was to train Firoz, so that he might become thoroughly versed in the duties of royalty. Thus Firoz Shah completed his forty-fifth year under the tuition of Sultan Muhammad". 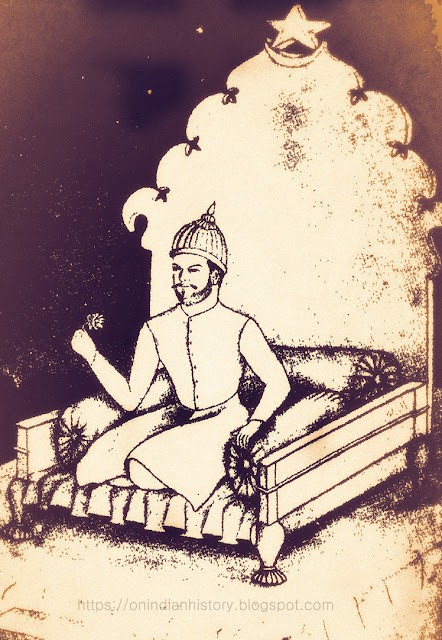 Some historians says that before his death Muhammad nominated Firoz his successor. When Muhammad died, the nobles of Delhi placed Firoz on the throne. Firoz Shah Tughlaq (1351-1388) had great regard for his predecessor Muhammad. He writes in his Memoirs, "Sultan Muhammad was our lord and benefactor⧿especially I was reared and cherished by him". Though Muhammad's sister Khudawandzada made a plot to murder him, Firoz did mot inflict any severe punishment on her.


Firoz was a just and merciful sovereign. He writes, "From God who is almighty and full of perfection, this sinful servant derived strength, so that he, on behalf of the Sultan received into divine forgiveness and compassion, won over with riches the heirs of those persons who were executed as well as other persons whose limbs such as eyes, hands, nose and feet were mutilated during the time of His Majesty Sultan Muhammad Shah received into divine forgiveness and favour, who was my lord, revered master and cherisher (may his place of eternal rest be joyful). Having secured the deeds of gratifications attested by witnesses and put them in a chest, we placed it at the head of the tomb of the Sultan (received into divine forgiveness and favour) in Dar-ul-aman, may God illumine his resting place. So that by His universal kindness He might immerse our revered master and cherisher in mercy and make them reconciled to our master by His own treasures". The author of Sirat-i-Firuz Shahi says that the chest containing deeds was placed in the tomb near the head of the grave so that every one could see them and satisfy himself that Muhammad Tughlaq had been forgiven by the heirs of persons who had been tortured by him. 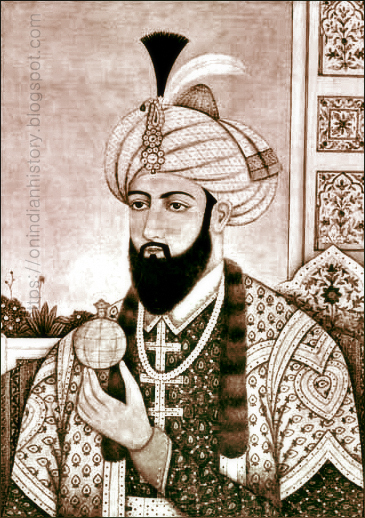 A City in Memory of Sultan Muhammad:


Firoz Shah Tughlaq built the city of Jaunpur (in Uttar Pradesh) in the honour of Muhammad.

Once Muhammad, though overcome with thirst, had rejected cold drink on account of Firoz's absence.

In the course of Firoz's expedition to Nagarkot, people brought him some iced drink. He then recalled that incident: "When Sultan Muhammad Shah, on whom be the mercy of God! who was my master, reached this place, and his attendants brought him some iced sharbat, but he had no inclination for that beverage because I was not with him". Accordingly they made an iced sharbat with several elephant and camel loads of cane-sugar which they had in the camp. Sultan Firoz ordered them to read the whole of the Quran for the soul of Sultan Muhammad and distribute the sharbat among the entire army. Nagarkot was renamed as Muhammadabad in memory of Sultan Muhammad.
Share
Post a Comment
Labels#Delhi Sultans
Newer
Older