Builder of Akbar's Tomb at Sikandra

Posted onApril 04, 2020
Akbar's magnificent tomb at Sikandra in Agra is one of the best examples of Mughal architecture in India. It is generally believed that construction of the tomb was begun by Akbar himself and completed by his son Jahangir.

According to historians Dr. Nandalal Chatterji, S.K. Banerji and many others, the tomb was both begun and completed by Jahangir. 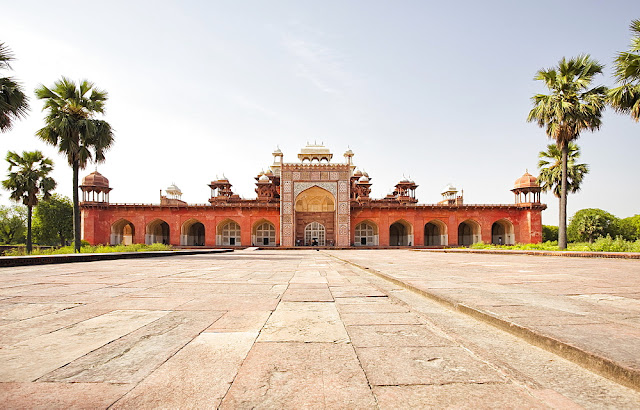 Let's start this article with the remarks of two European travelers William Finch and William Hawkins. Both of them arrived India and visited the tomb in the reign of Jahangir in 1611.


"King Akbar's sepulchre is 3 coss distant from Agra in the way to Lahore; nothing near finished as yet, after ten years work...The tomb was not finished at my departure, but lay in manner of a coffin, covered with a white sheet inter-wrought with gold flowers...At my last sight thereof, there was onely over head a rich tent, with a semiane over the tomb. But it is to be in-arched over with the most curious white and speckled marble and to be seeled all within with pure sheet-gold richly in-wrought. These four last turrets, also enclosing the sepulchre, are of most rich curious marble and the ground underfoot paved with the like", remarks William Finch. He says that the construction had been started ten years prior to his visit, that is in 1601.

According to William Hawkins the construction might have begun about the year 1597. He writes, "This sepulchre may be counted one of the rarest monuments of the world. It had been this 14 years a building and it is thought it will not be finished these 7 years more, in ending gates and walls and other needful things for the beautifying and setting of it forth. The least that work there daily are 3000 people".

By considering the above statements many historians have concluded that the construction of the tomb had started in the lifetime of Akbar (1556-1605). However, its commencement is not mentioned in any historical records of Akbar's reign. Akbarnama mentions only this, "Akbar's sacred remains were interred in the garden of Bihishtabad (Sikandra)".

Jahangir visited his father's tomb in October 1608, in the 3rd year of his reign. Below is his account of the tomb:

"When I attained the felicity of a visitation and saw the building over the blessed tomb, it didn't look the way I wanted it to because I had intended it to be such that world travelers wouldn't be able to point to another such building in all the world. Since during construction, the ill-omened Khusrau had to be dealt with and I had to go to Lahore, the builders had constructed it according to their own tastes. In the end some modifications were made, and although a huge amount had been spent on it and they worked on it for 3 or 4 years, I ordered expert architects to redesign certain places, this time in consultation with men of knowledge, in such a way that it would be acceptable. Little by little a sublime structure took shape, and an exquisite garden was laid out around the building over the tomb. A huge and very tall gateway complete with minarets was made of white stone and completed. In toto, they told me that 15 lacs of rupees had been spent on this sublime building".


From Jahangir's statement we may conclude that he ordered the construction of his father's tomb soon after his accession; moreover, he wanted it to be a world wonder. He says that the work had been going on since last 3-4 years. The mention of the 4th year is made as the 3rd year of his reign had been completed at the time of this writing. (Ref. S.K. Banerji) 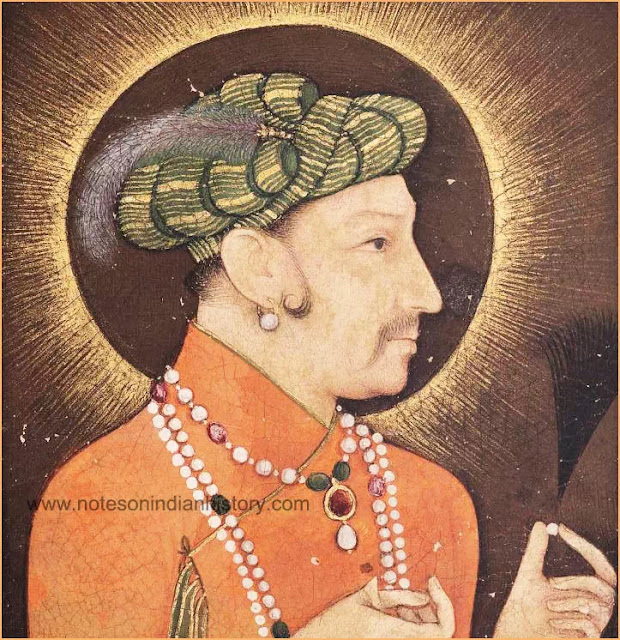 We have this information from another version of Jahangirnama:

"The venerated remains of my father were now laid on those boards, equally allotted to the prince and the pauper; whence, after being bathed in every description of perfume, camphor, musk, and roses, a shroud for his vestment, a coffin for his chamber, they were conveyed to their last repose. One foot of the bier was supported on my own shoulder, the three others by my three sons, until we passed the gates of the castle. Hence my sons, and the principal officers of my household, alternately bearing the coffin on their shoulders, proceeded all the way to Sikandra, where all that was mortal of the renowned Akbar was consigned to the care of heaven's treasury.

Seated at the head of his hallowed grave, we mourned for seven days afterwards, observing in every particular the solemn rites of sepulture. I appointed especially twenty readers, to recite by his grave without ceasing, throughout the night, the sacred lessons of the Koran, and I immediately allotted five lacs of five-methkaly ashrefies for the erection of a lofty mausoleum over the tomb. During the seven days of our mourning, I also directed two hundred lungurs (or services) of food, and the same number of services of sweetmeats, to be distributed morning and evening to the poor who might attend. After this, the whole of the amirs and other distinguished members of my court, who had accompanied in the solemnization of these funeral rites, returned to Agra".


Dr. Nandalal Chatterji mentions an inscription on the South Gateway of the tomb, which reads thus, 'In the 7th year of the august accession of Jahangir, corresponding to A.H.1021 (1612-13), after 7 years of work attained completion'.

Akbar's Tomb at Sikandra and its Historical Reminiscences By Dr. S.K. Banerji
When was Akbar's Tomb begun By Dr. Nandalal Chatterjee
The Memoirs of Emperor Jahangir written by Himself Translated by Wheeler M. Thackston
Early Travels In India 1583-1619
Share
Post a Comment
Labels#Monuments, #Mughal
Newer
Older