Posted onSeptember 27, 2020
Sibi, a place in Tumkur district of Karnataka, is home to the Narasimha Swami temple. This temple was built during the late 18th century by three brothers Laksminarasappa, Puttanna and Nallappa who were revenue collectors during the reign of Tipu Sultan. It was built by the brothers in memory of their father Kacheri Krishnappa who was a Diwan of the Mysore Wodeyars, and also in memory of their mother Alamelu who committed Sati. 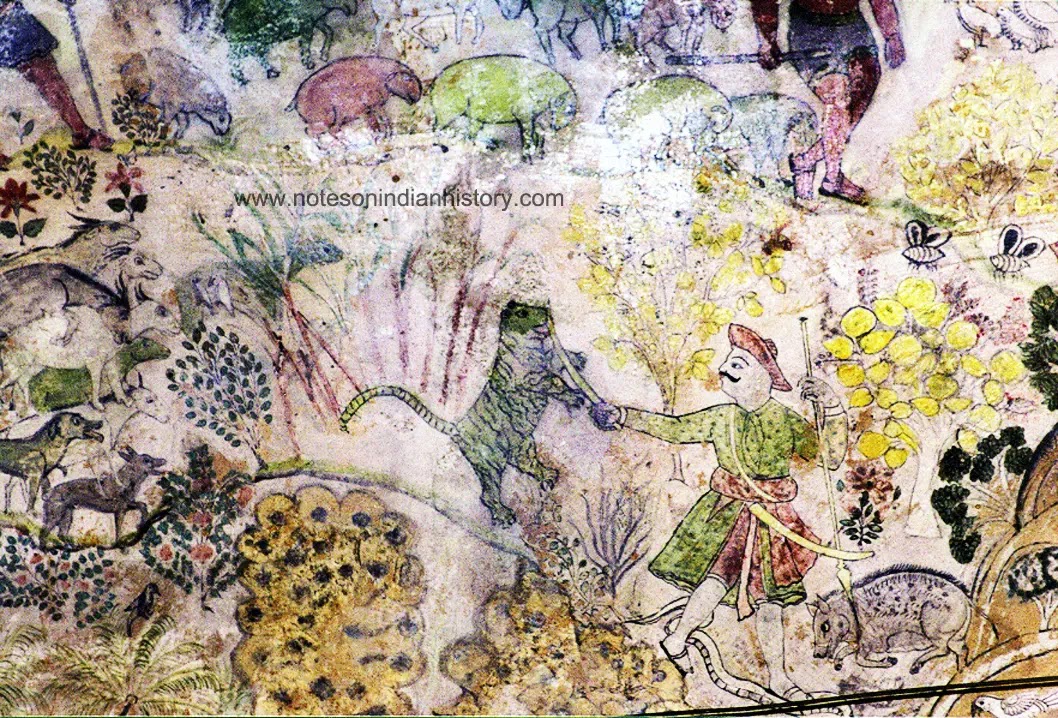 The Sibi Narasimha Swami temple is famous for its mural paintings. To our surprise, there are paintings of Hyder Ali and his son Tipu Sultan along with mythological paintings depicting scenes from Ramayana, Mahabharata, Bhagavata etc. Unfortunately, most of them are in a bad condition now.


There are three rows of paintings on the wall of the mukhamantapa (main entrance). The first row depicts the Krishna Leela. The second one depicts a scene from the court of Krishnaraja Wodeyar III with Nallappa in attendance. Here the young Maharaja is seated on a chair smelling a rose. Two attendants fan from either side, three others are standing awaiting his orders.

The third row depicts the darbar of Hyder Ali. Hyder is seated in the extreme left and in front of him are seated Diwan Kacheri Krishnappa, Ravanappa and Venkatappa (maternal uncles of Nallappa), who held high posts in Hyder's court. Five more men are waiting for a meeting with Hyder. 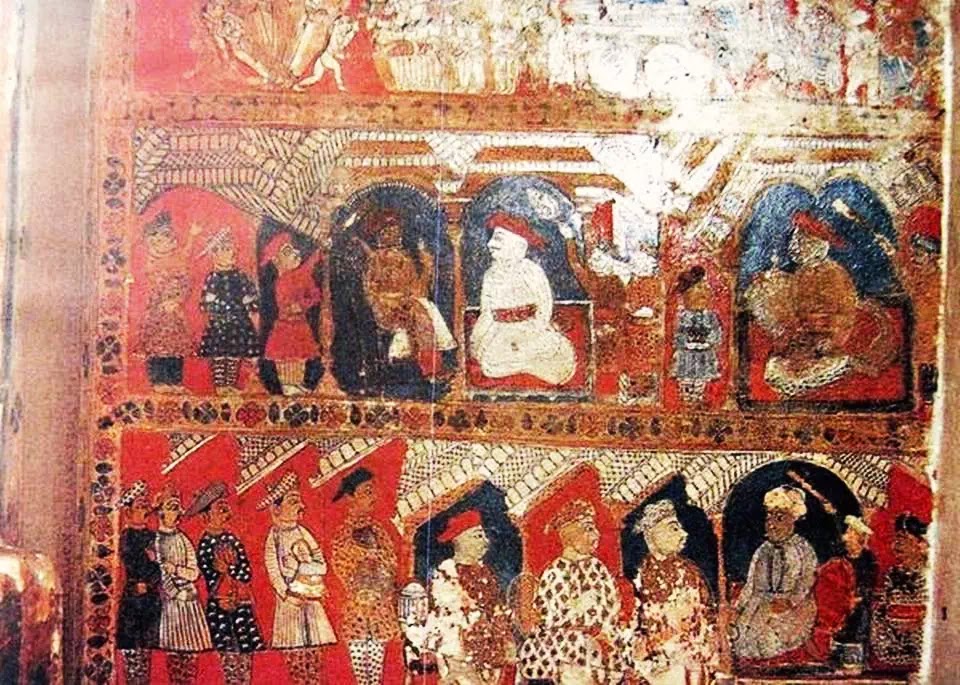 The most interesting painting is on the ceiling of the main entrance. It shows a forest scene. This probably highlights the importance of the Sibi village which was previously a forest. Tipu Sultan is the central figure in this large mural. Tipu stands in the middle of a forest fighting a tiger with a sword in his right hand and stabbing a boar with a long spear in his left hand. He is also stamping a snake with his left foot. It seems that both Karnik Nallappa and the artist had great admiration for Tipu Sultan.

Other scenes depicted in this panel are not connected with each other: a rishi performing penance, Krishna playing his flute to his cowherd friends and so on.


Surrounding this large mural are four beams that depict scenes from a royal procession. It is not sure whether the procession belongs to Tipu.

The current priest whose name is also Nallappa is the eighth generation descendant of Karnik Nallappa. "Tipu Sultan used to hunt here for tigers; it was his favourite ground," says Nallappa.

Karnik Nallappa, the eldest son of Kacheri Krishnappa, was one of the rich landlords who provided Hyder and his men with food and shelter at Sibi. He also provided fodder to their horses when Hyder came to Sibi for treatment for the injured soldiers followed by his battle against the Marathas. Out of gratitude, Hyder gave him the position of fauzdar. Fauzdar Nallappa was called as Doddamaneyavaru and Doddagaddeyavaru, says Nallappa the current priest. There is also a painting of Nallappa along with his two brothers sitting in Hyder's darbar on the ceiling of the temple.

Karnik Nallappa is the author of Hyder Nama, a biography of Hyder Ali written in Kannada in 1784. He was also in the service of Tipu Sultan and afterwards Krishnaraja Wodeyar III also known as Mummadi Krishnaraja Wodeyar. To show his allegiance to the three rulers he got them painted on the walls of the temple. 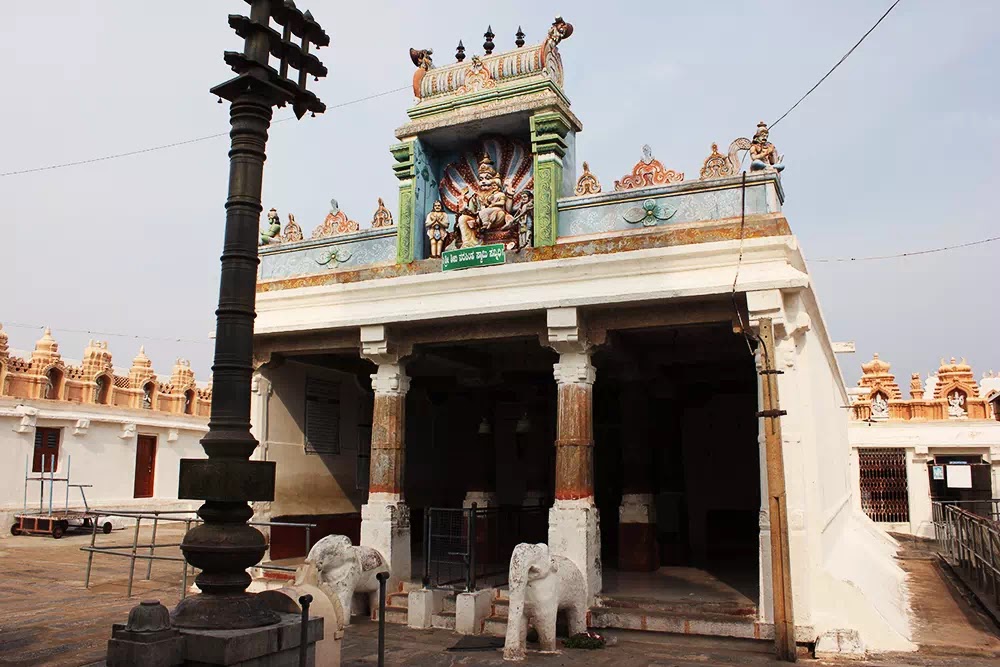 Convener of Gadinadu Janapada Samparka Kendra Chikkanna Yannekatte, author of Sibi Narasimha Swamy Kshetra Darshana, says that behind the temple we can see the remnants of the horse stable of Hyder and Tipu. He claims that for the welfare of the temple Tipu and Hyder had given lands.

For the royal patrons - The Hindu