As we all know, Timur, the Turkic conqueror of Central Asia, invaded India in 1398 during the reign of Sultan Mahmud Tughlaq (1394-1413) of Delhi Sultanate. According to Timur's Memoirs, he invaded India as 'the inhabitants of Hindustan were infidels and unbelievers' and also for looting her wealth. However, his real object was to plunder Delhi. Timur massacred 100,000 natives and sacked Delhi. After fifteen days' stay, he returned to Samarkand with a large booty. On his way back, he plundered and looted Meerut, Haridwar and Jammu. 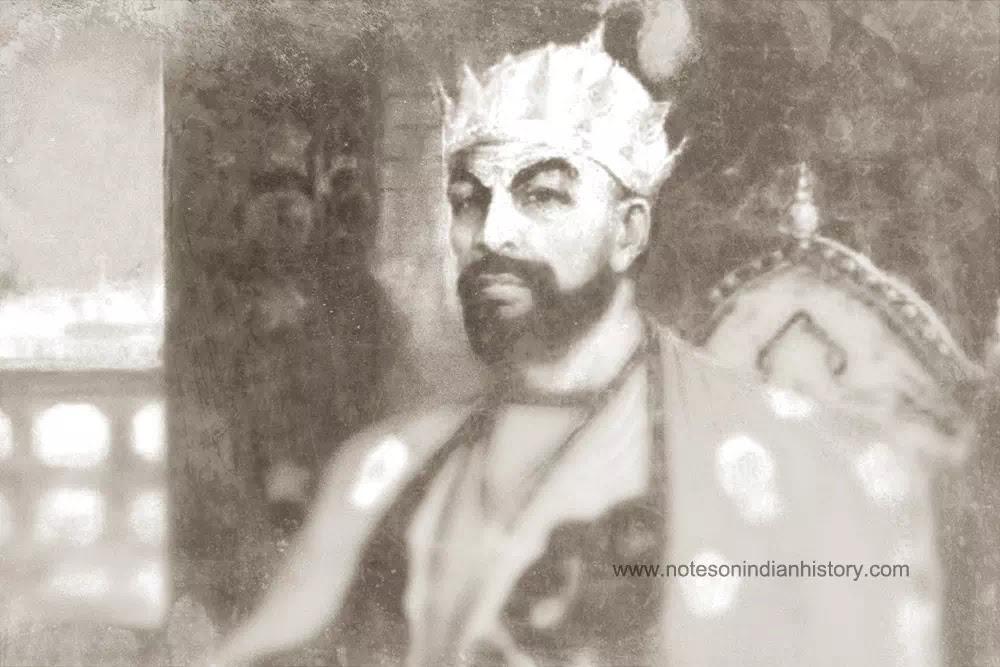 Some modern historians are wondering 'what happened to Timur that made him to flee India' and 'how could Timur leave India without fully achieving his object of 'spreading Islam and looting India'? So they created a fictitious story of Timur's defeat by some local heroes. According to this fabrication, '20-year old Ram Pyari Gurjar along with 40000 women warriors caused great damage to Timur's army in Meerut and Haridwar, thus forcing him to ﬂee India. 80000 men attacked Timur and slaughtered a major portion of his army and thus Meerut, Haridwar and neighboring areas were saved from Timur's plunder and massacre'.

Story in detail: Timur's atrocities and massacre of Hindus alerted the people of Meerut, Saharanpur, parts of Haryana and Haridwar. People from different communities like Jats, Gurjars, Ahirs, Valmikis, Rajputs, Brahmins and other tribes united and formed a 'Mahapanchayat' under the leadership of certain Devapala. A wrestler named Jograj Singh Gurjar was chosen as the Supreme General of this 80000-membered panchayat and Rampari Gurjar was made the Commander of the women wing, which has 40000 women. 20000 panchayat warriors launched a surprise attack on Timur's army in the middle of the night in Delhi, slaughtered 9000 soldiers and threw their dead bodies in Yamuna river. Before daylight, the panchayat warriors disappeared towards the outskirts of Delhi and this continued for three nights. A frustrated Timur left Delhi and advanced towards Meerut, where the panchayat warriors attacked Timur's army during the day, while Ram Pyari Gurjar and her women warriors laid guerrilla attacks at night, slaughtering Timur's men and looting their food supplies. This continued for some days and the poor Timur marched his forces towards Haridwar. The tribes of the area, who were experts in archery, defeated Timur thrice, as in Meerut. In the last battle, certain Harveer Singh Gulia hit Timur on his chest with a spear. Timur's army seriously injured Harveer, but Jograj Singh managed to take Harveer to a safe place. The wounded Timur fled from the battlefield with few loyal followers. Timur had come to India with an army of over 1 and half lakh men, and returned with only a few thousand soldiers. The rest were killed by the Hindu warriors. About 40000 panchayat warriors were martyred. The End!

If this was true, why don't we pay homage to this brave woman like Rani Lakshmibai or Begum Hazrat Mahal? Why not there is a single mention of this lady in history text books? Here's the answer: This is a myth spread by sources affiliated to the Gurjar community. There are no reliable sources so far to confirm the existence of this very lady, neither contemporary nor near contemporary — Timurid or Indian. Neither Yazdi (author of Zafarnama) nor Arabshah (author of Tamerlane or Timur the Great Amir) makes mention of such battles or Timur's defeat.

Fiction writers claim that Timur could not recover fully from this wound, which led to his death 7 years later. Similar stories of this hoax can be found in a number of websites. You can also find articles claiming 'Taimur Lang was killed by Hindu warrior'!😀Fact is that Timur did not die from any wounds, but because of old age in 1405.

Once there was a Wikipedia article existed on this fictional woman warrior. Let's go through the references mentioned in that article:

The first source cited was a book titled 'The Royal Gurjars: Their Contribution to India' by certain Naunihal Singh (2003). Naunihal Singh is not a qualified historian; this book is an attempt to glorify the author's own caste. This book also has other pseudo historical arguments such as, 'Porus was a Gurjar king who defeated Alexander'. The above-mentioned Wikipedia article was deleted because they considered this book a fake source.

The second reference is 'Rampari Gurjar' by Jesse Russell and Ronald Conn. It is not a real book but the same deleted Wikipedia article on this fictional character published under the pseudonym of some foreigners. I found another Wikipedia copy too under the pseudonym of Lambert M. Surhone, Mariam T. Tennoe & Susan F. Henssonow. There might be more such fake ones.

In short, the books which mention Ram Pyari Gurjar also claim that everyone from Vikramaditya to Rajaraja Chola were Gurjars. A Patrika slideshow states that Jograj was a 7 feet 9 inch tall Gurjar warrior, who weighed 320 kg!

To add to this joke, following is the image widely circulated as Ram Pyari Gurjar. 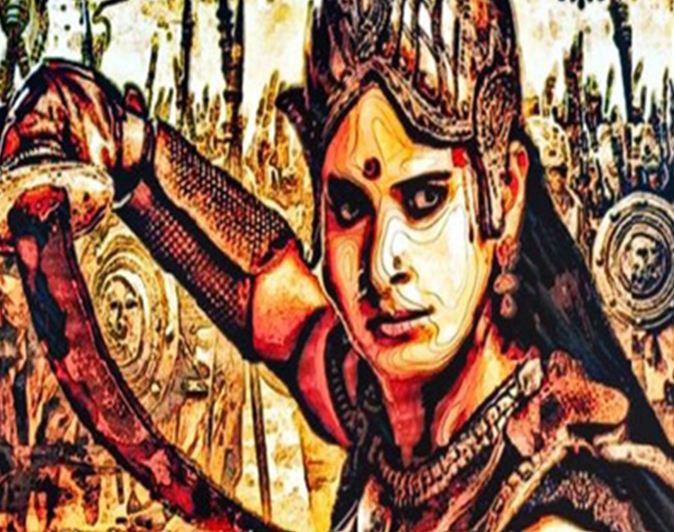 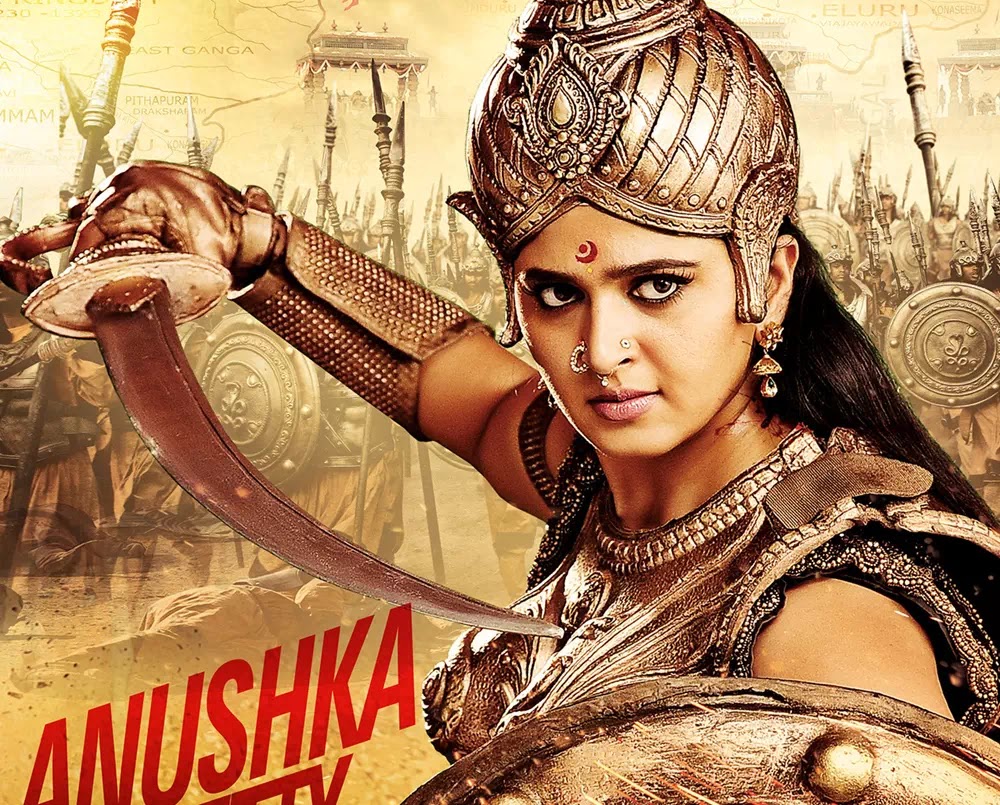