A Collection of Books on Tipu Sultan

Recently, some people have started writing history books, with the sole purpose of spreading communal propaganda. Tipu Sultan is one of the popular subjects in their books.

In this post I am presenting few books written by scholars based on evidences, correspondence and other records. You may click on the images to buy: 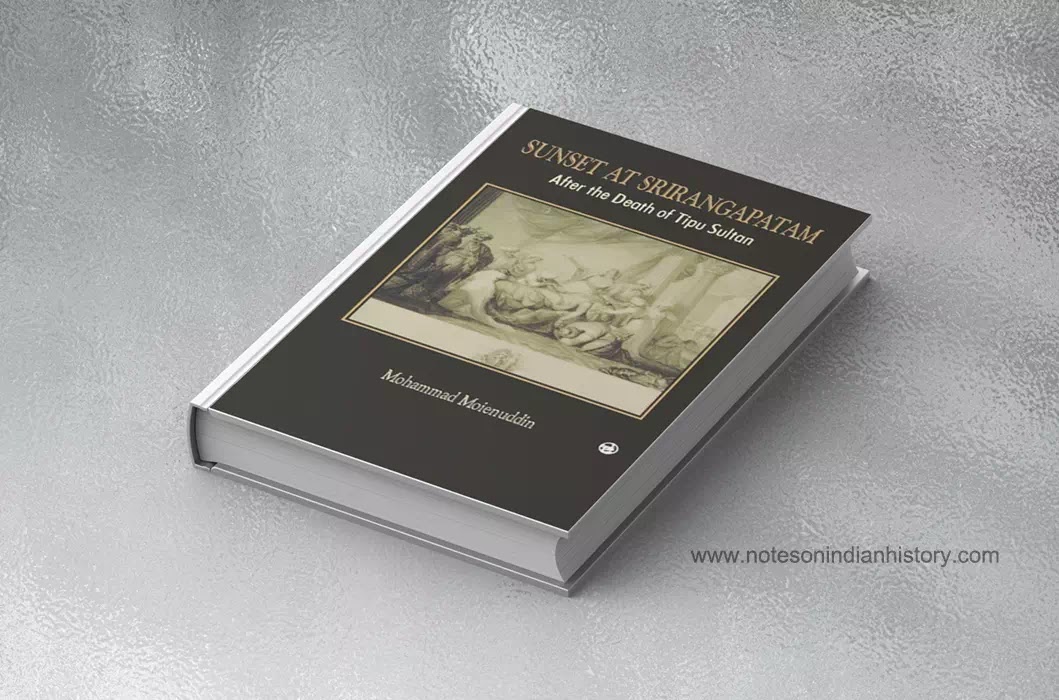 'History of Tipu Sultan' is an attempt of Professor Mohibbul Hasan Khan to give an accurate picture of Tipu Sultan by disengaging his personality from fiction and distortion. This study will enable the reader to fully understand the character and career of this extraordinary man.

'Tippu Sultan' by P K Balarishnan is an attempt to cover the period of Tipu Sultan's contact with Malabar, which is a very small portion of his history.

3. Storm over Seringapatam: The Incredible Story of Hyder Ali and Tippu Sultan (1969) By Praxy Fernandes

4. Tiger of Mysore: The Life and Death of Tipu Sultan (1970) By Denys Mostyn Forrest

This work has been undertaken with the purpose of reconstructing the history of the Mysorean rule in Kerala.

7. Mysore-Kerala Relations in the Eighteenth Century (1975) By A. P. Ibrahim Kunju

8. Tipu Sultan: A Study in Diplomacy and Confrontation (1982) By B Sheik Ali

9. The Tigers of Mysore: A Biography of Haider Ali & Tipu Sultan (1991) By Praxy Fernandes:

Praxy Fernandes was a Canara Christian. This book was first published under the title, 'Storm Over Seringapatam'. According to K.N. Panikkar, 'The Tigers of Mysore' is a lucidly written popular history which deserves to be read very widely. It would help correct several myths currently circulated in the name of history by religious obscurantists and communal politicians.

This book edited by B Sheik Ali contains the papers presented at a seminar organized by the Bangalore University in collaboration with the Indian Council of Historical Research, New Delhi in 1992.

11. Tipu Sultan's Search for Legitimacy: Islam and Kingship in a Hindu Domain (1997) By Kate Brittlebank:

This work is a detailed study of Tipu's adoption of the title of Padshah and the methods adopted by him to establish his legitimacy as a parvenu ruler.

Edited and with an introduction by Professor Irfan Habib, 'Confronting Colonialism' is a series of essays commemorating the second centenary of Tipu Sultan's last battle against the British at Sriranagapatna in 1799.

13. Sunset at Srirangapatam: After the Death of Tipu Sultan (2000) By Mohammad Moienuddin:

This book mainly deals with the historical role of the most valourous and fascinating ruler of the eighteenth century, Tipu Sultan. Tipu Sultan has been portrayed by historians, especially by the colonial but also by some post-Independence Indian historians, as a religious bigot, a fanatic, a king who oppressed non-Muslims and forcibly converted them to Islam. But, a sensitive reading of Tipu reveals the nuances of his character and shows that he was a just king who made the welfare of his people the primary motive of his governance. A detailed descriptive analysis of 127 relics of Tipu Sultan is also provided.

Edited by Aniruddha Ray this work includes papers presented at a seminar on the occasion of the bi-centenary year of death of Tipu Sultan held at Calcutta in 1999.

15. State and Diplomacy Under Tipu Sultan: Documents and Essays (2001):

State and Diplomacy under Tipu Sultan: Documents and Essays edited by Irfan Habib, supplements 'Confronting Colonialism: Resistance and Modernization under Haidar Ali and Tipu Sultan', which was published in 1999 by the Indian History Congress as part of the Srirangapatna bicentennial. The main object of this volume is not only to add fresh contributions to the papers collected in Confronting Colonialism, but also to present documentary evidence that has not received its due in studies on Haidar Ali and Tipu Sultan. It is hoped that the translations of texts, commentaries on documents and interpretive essays contained here will mark a further stage of progress in the exploration and use of source material on Tipu Sultan in both Persian and French.

Edited by R Gopal, this work contains research papers presented at the international conference held at Mysore from 16th to 18th January, 2010.

For over 200 years Tipu Sultan has been a controversial historical figure. Was he a cruel and bigoted tyrant or a wise and just ruler; an enlightened thinker or an obscurantist who looked for signs and portents in his dreams; a reckless adventurer or a proud nationalist determined to throw the British out of India? This short account of his life cuts through the myths to make this enigmatic king and his times come vividly alive, as it takes us from his tumultuous youth, his bold military and diplomatic exploits, his family life, and his dramatic swings of fortune, to his death in his final climactic battle against the British.

1. History of Mysore Under Hyder Ali and Tippoo Sultan By Joseph-François Michaud, Translated from the French by V.K. Raman Menon, with a foreword by the Raja of Panagal (1926):

'The author describes in elaborate detail the reigns of Hyder Ali and Tipu Sultan and also traces the relations between Indian and European politics in the 18th century: His treatment of the history of Mysore is original and interesting. Phases of the South Indian life of the 18th century are minutely delineated. Throughout the work, one cannot help noticing the undercurrent of sympathy for the people of India and their ancient civilization, Tipu's reign forms the main theme. The author goes into every detail of his administration and is much impressed with the peace and prosperity of Mysore during his regime. The author's pity for Tipu's foibles is as great as his admiration for the statesmanship of Hyder, On the whole, the work is one of the most unbiased contributions to Indian History.', writes the Raja of Panagal.

2. The Dreams of Tipu Sultan: Translated from the Original Persian with an Introduction and Notes by Mahmud Husain (1957)

Edited by Mohibbul Hasan Khan, Waqai-i Manazil-i Rum is an incomplete account of Tipu Sultan's embassy to the Ottoman Sultan Abdul Hamid I of Constantinople in 1786. It contains an account of the activities of the embassy from the time it left Seringapatam until its departure from Basra to Constantinople. It sheds light on Tipu sultan's commercial ambitions in the Persian gulf and on certain aspects of his administration. It also describes the position of the Indian merchants in the Persian gulf, the part they played in its economic life, and the social, economic and political conditions of the Persian gulf territories at the end of the eighteenth century. The Waqai is edited by Mohibbul Hasan with detailed notes on persons, place, names, technical terms and words of non-Persian origin. The introduction describes, as a historical background, the condition of India and the Persian gulf during the second half of the 18th century, and summarises the work with a translation of the accounts of Masqat, Abu Shahr, Basra, and some of the islands of the Persian gulf.

The book gives a comprehensive treatment of the life and times of Tipu Sultan and the intrigues he faced from the British as well as the Marathas and the Nizam of Hyderabad.

1. Occasional memoirs of the Numismatic Society of India: The Coins of Tīpū Sultan By Rev. G. P. Taylor (1914)

This best-seller novel is regarded as being historically accurate. The popular TV Series was based on this novel.

These are only some of the books. Whenever I come across new books I will add to the collection. I tried my best to collect the first published dates of these books. Please excuse the errors if any.