It's Qutb Minar of Delhi Sultans & Not Any "Stambh"

Every Muslim monument was once a Hindu temple or structure, according to self-proclaimed pseudo-historians. One of their claims is that the Delhi Minar, known as 'Qutb Minar,' is actually Vishnu Stambh. According one Mr. Kanwar Sain, Qutb Minar is the Jaya Sthamb or Kirti Sthamb of Visaldev Vigrah Raj!. Another person makes it an observatory built by Samudra Gupta.

Qutb Minar is a Muslim Monument

'Qutb Minar' is the tallest brick tower in India with a height of 238 feet (72.5 meters), consisting of five stories and 379 steps. 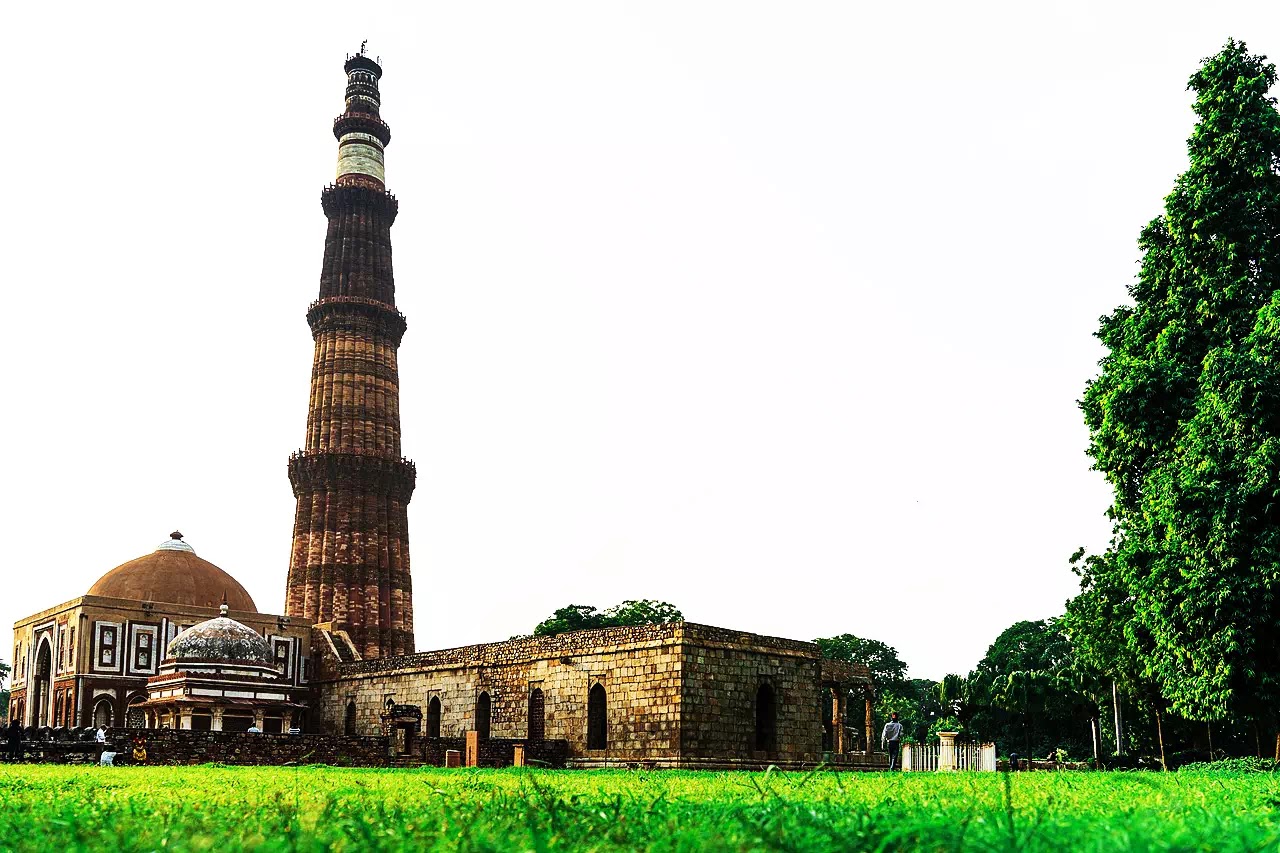 Contrary to popular legend, Qutb Minar was not named after Qutub-ud-din Aibak or the Sufi saint Qutbuddin Bakhtiar Kaki. In contemporary Persian records it is mentioned as the Minar of the Jami Mosque of Delhi, now known as Quwwat-ul-Islam Mosque.

Even till as late as 1700 it was not called Qutb Minar. Muhammad Shafi Warid, who wrote his Mirat-i Waridat in 1734, calls it Minar-i-Shamsi ie, the Minar of Iltutmish.

Ensign James Blunt, an engineer, may have been the first to use the name "Cuttub Minar" in his sketch of the Minar published in the Asiatic Researches in 1794. We thus conclude that it was the British who named this minar "Qutb".

There are many Arabic and Nagari inscriptions on the Minar; the names of Hindu masons and carpenters occur in the inscriptions in addition to Fazl, son of Abul Maali and Muhammad Amir Koh, the supervisors. Even the names of Muslim Sultans are written there in Nagari script. We can conclude that though the Sultans ordered to build the Minar, the artisans were chiefly Hindus.

By analyzing the descriptions of the Minar given by Amir Khusru in his Qiran us-Sa'dain and Muhammad Aufi in his Jawami ul-Hikayat, one can confirm that Qutb Minar was the Mazina of the nearby Quwwat-ul-Islam mosque, though its lower gallery was used for that purpose. [Mazina is a minaret with a staircase built inside to allow the muezzin (the person in charge of calling devotees to the mosque to offer prayers, or azaan) to reach the highest point of the minaret to announce the azaan. Mazina allows devotees who are not near the mosque to hear the muezzin's call.] It was also a Tower of Glory

In order to understand all this, one have to read history books written by qualified historians.

Recently Vishwa Hindu Parishad spokesperson claimed that Qutb Minar is actually a 'Vishnu Stambh' on a temple of Lord Vishnu constructed during the times of a Hindu ruler. [In fact, the only Hindu tower of an early date at Chittor is completely different from Qutb Minar in both plan and detail.]

Rejecting the VHP's claim, Former Additional Director General of the Archaeological Survey of India (ASI) B R Mani said that a 20-25-foot-deep excavation had been carried out at the spot to strengthen the monument's foundation in 1967 but no trace of any temple was found. "It's mere imagination. There was nothing there, no temple was found there," he said.

The 'Vishnu Stambh' is already there standing at the site in the form of an Iron Pillar, he added.

"The Minar cannot be a stambh like Ashokan pillars, which are monolithic, made of stone or iron. Minar is completely different structure. Several such kinds of minaret of the same period are there in Central Asia for any body to see," he said.

Mani warned that any tampering with structures at the Qutb complex would result in the revocation of the UNESCO world heritage status bestowed upon it in 1993.

A new claim was put forward by Archaeological Survey of India's (ASI) ex-Regional Director Dharamveer Sharma that Qutb Minar was built in the 5th century by Raja Vikramaditya to observe the sun! Let's wait for more funny facts.