The village Chendamangalam, also spelt Chennamangalam in North Paravur taluk in Ernakulam district of Kerala was home to an ancient Jewish community. Chendamangalam was called by the Dutch as 'Chenotta' and the Portuguese 'Vaipicota'. 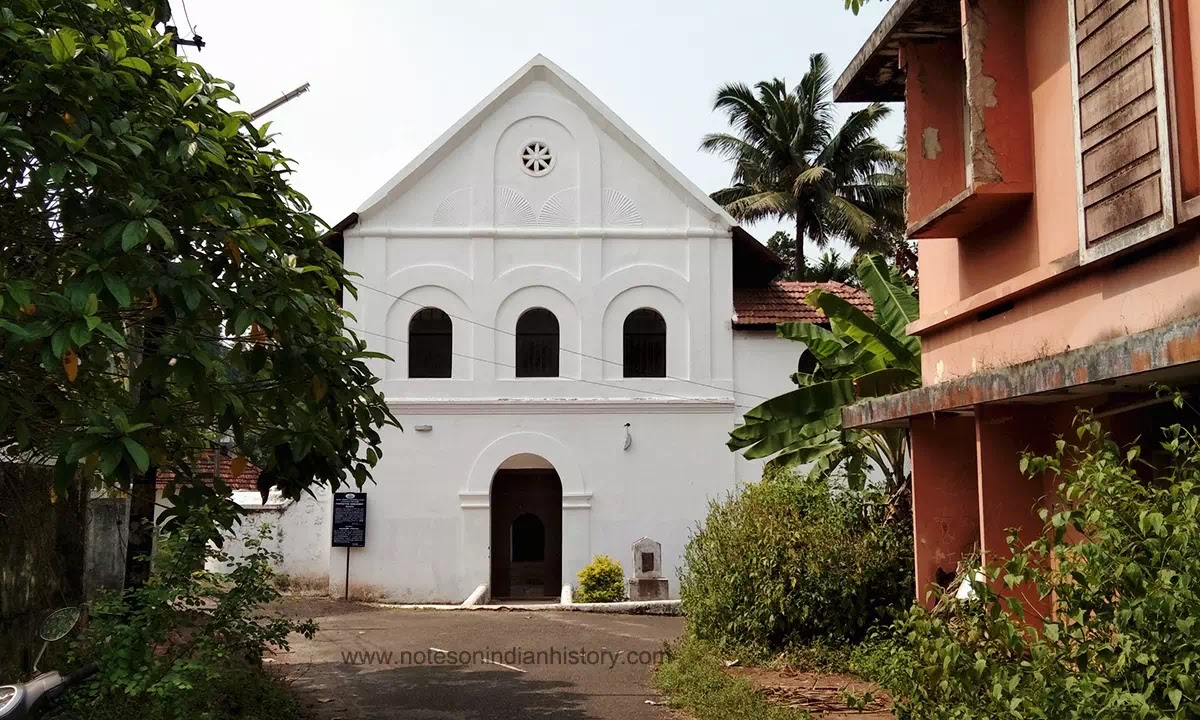 In fact, Kodungallur was the first settlement of the Jews in Kerala, which is also known by the names of Cranganore and Shingly. Records suggest that the Jews had to evacuate Kodungallur at the time of the Portuguese occupation and thereafter they lived principally at Mattancherry, Chendamangalam, Paravur and Mala.

According to P. Anujan Achan, 'a great feud between the reigning head of the Jews and his brother, in which the White Jews sided with the former and the Black Jews with the latter. In the end, the elder brother with the help of the local Raja was able to drive out of Kodungallur the younger brother and his comrades, the Black Jews, who fled to Chendamangalam, Paravur and other neighbouring places and settled down under the protection of the respective local chiefs'.

Nathan Katz's book 'Who Are the Jews of India?' mentions that several events between 1341 and 1505 led to the destruction of the Jewish community at Kodungallur. In 1341 a great flood silted up Kodungallur's natural harbor, which ended Kodungallur's role in shipping. Internal fighting, including a quarrel over the succession from Joseph Rabban (leader of the Jews of Kodungallur), during those years decimated Kodungallur's Jewish community. Too, the Jews and their patron, the Raja of Cochin, suffered extensive military losses to Muslims allied with the Raja's rival, the Samoothiri (Zamorin) of Calicut. Finally the arrival of the Portuguese, who captured Kodungallur in 1505, forever changed the community.

Chendamangalam was also home of the Paliath Achans, the hereditary prime ministers of Kochi. 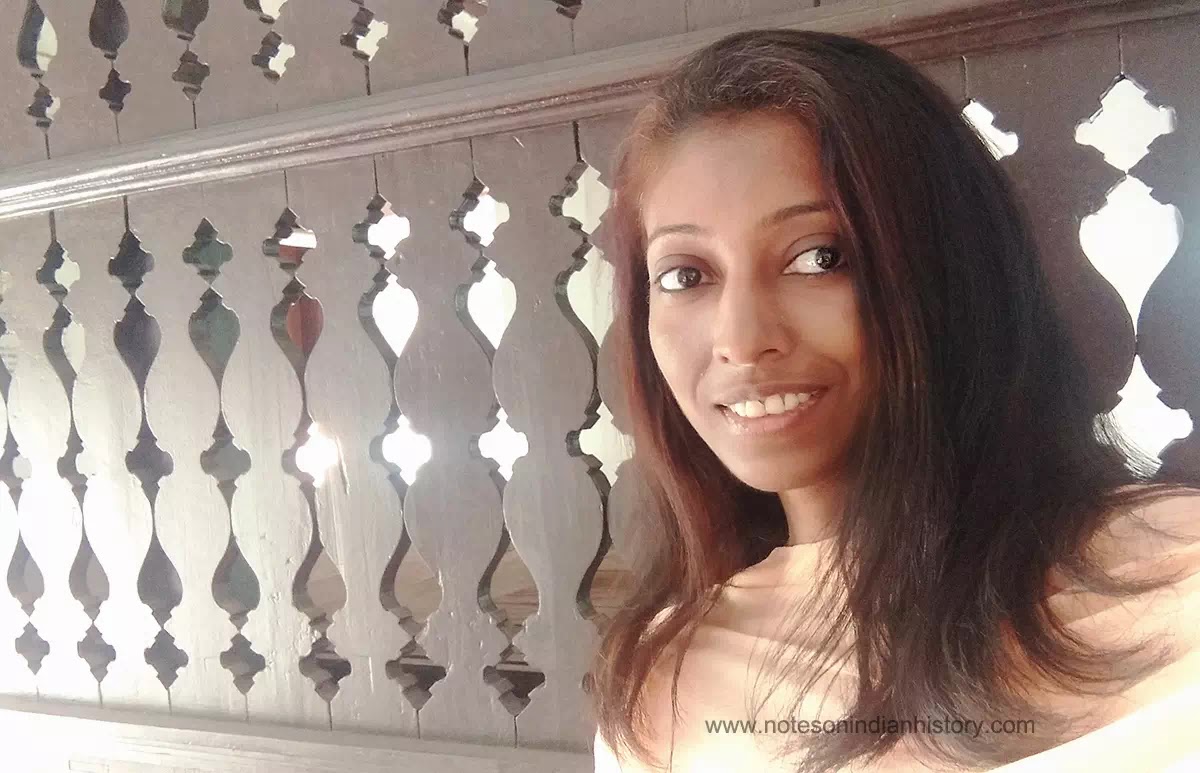 The Paliam family or, according to some records, the Villarvattath chief donated the land on which the Synagogue was built.

The Synagogue is situated in close proximity to a temple, a church and a mosque within a few hundred meters of each other. Locals claim Chendamangalam is the only village in the world where one can hear the shofar of the synagogue, the peel of the church bell, the trumpet of the Hindu conch shell and the cry of the muezzin.

This worship centre belonged to the Black Jews (Malabari Jews). The black Jews are thought to be descended from those who married local women, while the white Jews are descended from the old Jews who fled their country due to persecution and sought refuge in India. 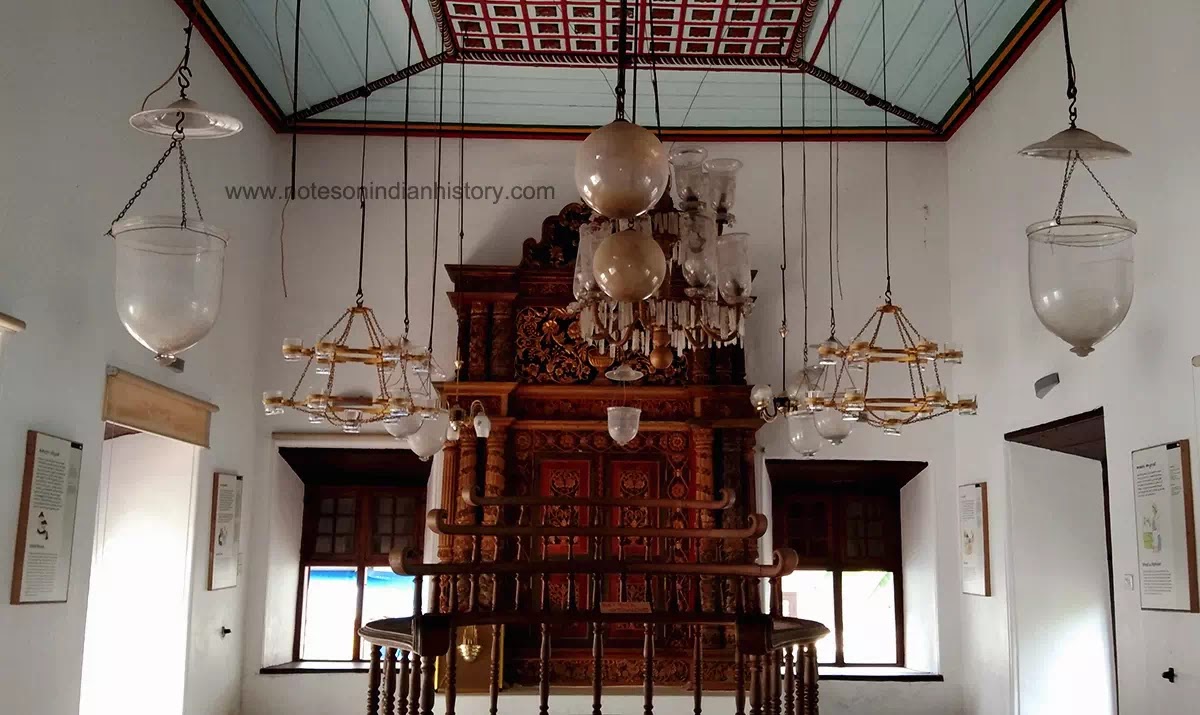 The Synagogue at Chendamangalam was said to be built in 1420. According to muzirisheritage.org, this synagogue which was designed to resemble the Jerusalem temple was destroyed in a fire, and was rebuilt in 1614, and renovated several times. 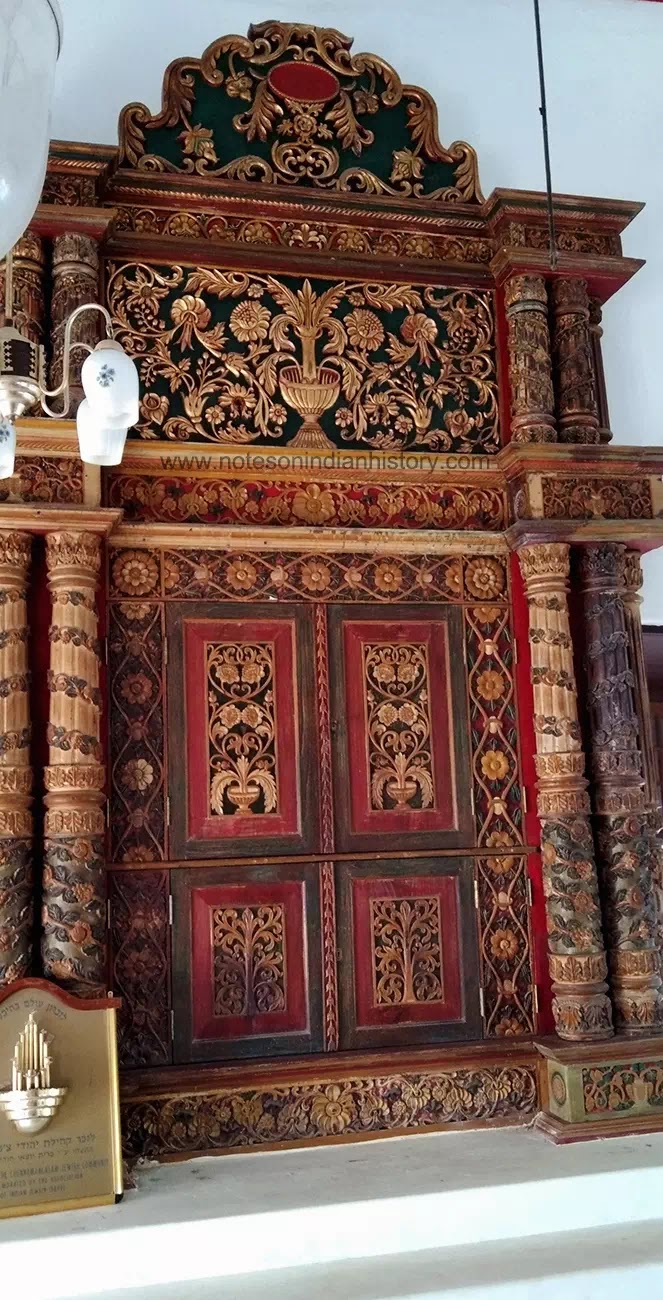 It is a two-storey building. The entry room within the synagogue is called the 'Azara', leading one to the 'sanctuary'. With at least ten in attendance, Jewish men would assemble to pray here. The Jewish women gathered to pray in their own section upstairs behind the wooden screen partition. In the centre of the sanctuary, is the raised curved 'Tebah', where the Torah scrolls were unrolled and read. 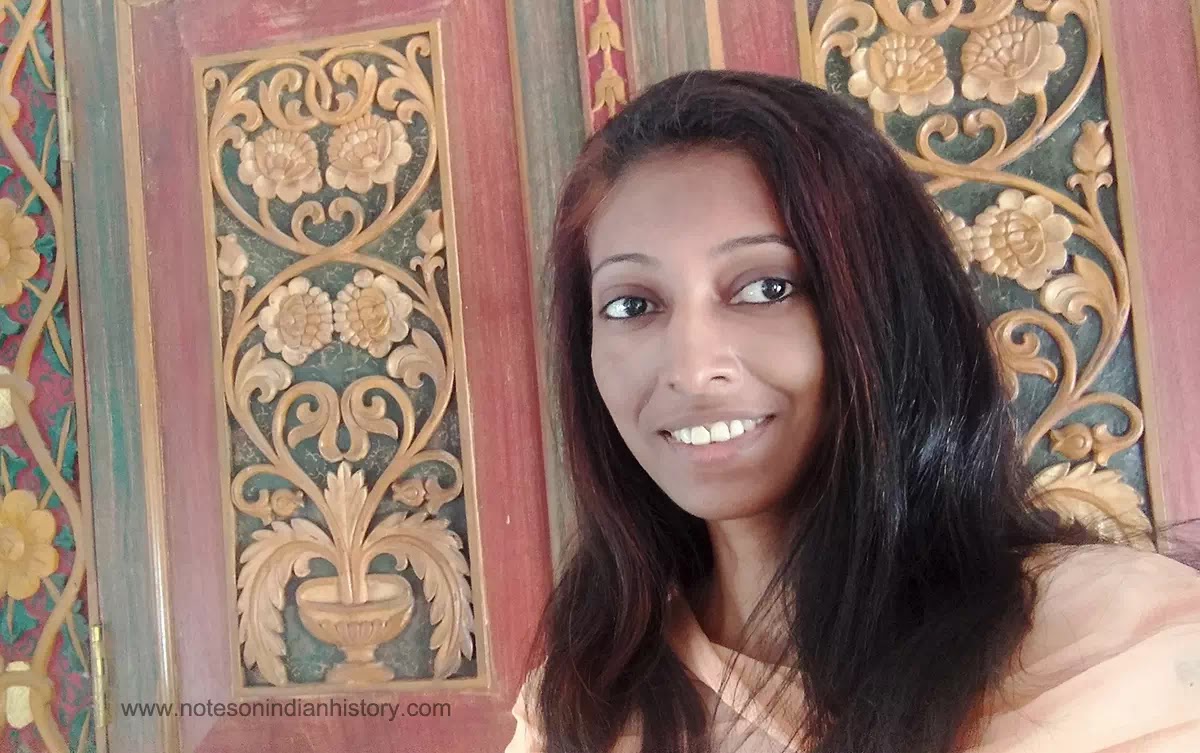 The ceiling of the roof has a brightly coloured chequered pattern. Originally, a collection of colourful glass and metal lanterns hung from the lotus-patterned painted ceiling.

Some old gravestones can be found stacked in the courtyard's corners. 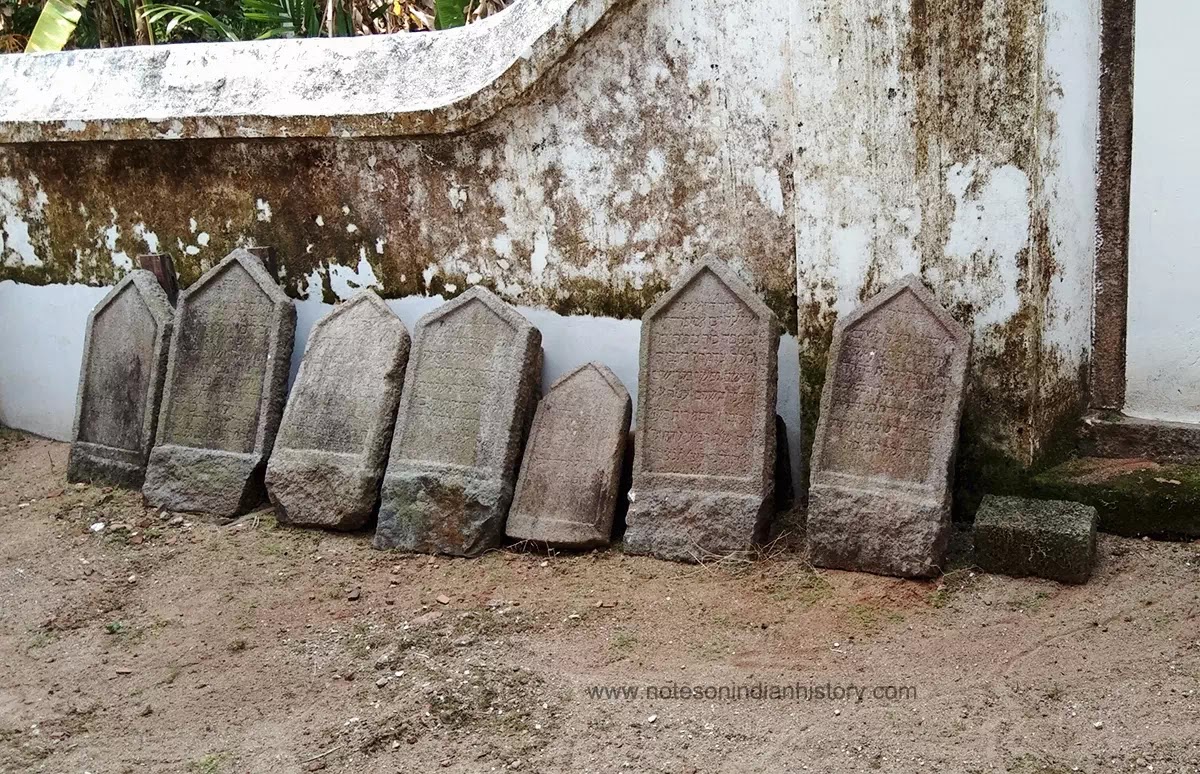 The Jews settled at Chendamangalam were engaged in trade and agriculture. When Jews in Kerala returned to Israel in the 1960s, worship at this Synagogue ceased.