Posted onAugust 30, 2014
Built in white marble, the Mausoleum of Mumtaz Mahal, popularly known as the Taj Mahal, located on the banks of Yamuna River in the city of Aga, Uttar Pradesh, India, is the most beautiful tomb on Earth and one of the Seven Wonders of the World. In 1983, the Taj Mahal became a UNESCO World Heritage Site. 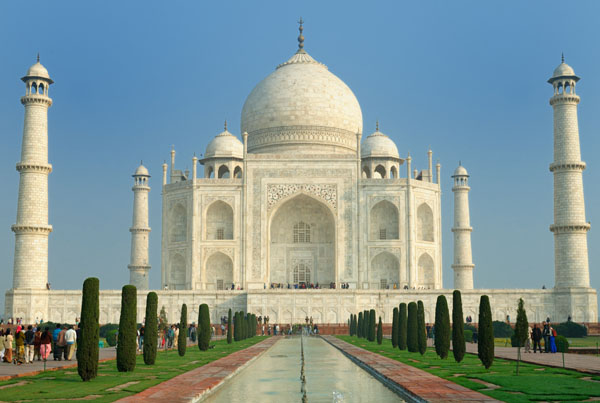 The Taj Mahal (Crown of the Palace) was built by Shahab-ud-din Muhammad Shah Jahan (King of the World) for his favorite queen Mumtaz Mahal (Ornament of the Palace). Shah Jahan (1628-1658), the fifth Mughal Emperor of India, was the son of Jahangir by Jodh Bai, a Rajput princess of Jodhpur. After the death of his father Jahangir, Shah Jahan usurped the throne by deposing Dawar Bakhsh, grandson of Jahangir, with the help of Asaf Khan, Mumtaz's father (Asaf Khan was made the Vizier of Shah Jahan with the title of Yamin-ud-daulah). Prince of Builders, Architect/Engineer King etc. are the titles given to Shah Jahan as he built many beautiful monuments: Red Fort (Lal Qila) at Delhi, Peacock Throne, Jama Masjid at Delhi, Pearl Mosque (Moti Masjid) at Agra Fort are some of them.


Shah Jahan's Wives: In 1607, when Prince Khurram (afterwards Emperor Shah Jahan) was 15 years old, his father Jahangir betrothed him to Arjumand Banu Begum, better known by her other name Mumtaz Mahal. However, his first wife was Kandahari Begum, daughter of Muzaffar Husain Mirza, whom he married in 1610. He married Mumtaz Mahal in 1612. His third wife was the daughter of Shah Nawaz Khan, son of Abdul Rahim Khan-i-Khan (1617). However, his marriage with the daughters of Muzaffar Husain Mirza and Shah Nawaz Khan were pure political alliances. Arjumand Banu was the niece of Shah Jahan's step-mother Nur Jahan. Abdul Hamid Lahori, author of Badshanama, calls her Nawab Aliya Begum; while the European Travelers - Peter Mundy, Thevenot, Manucci and Bernier - believe that Taj Mahal was the name of the Queen. Ain-i-Akbari gives another name of Mumtaz, Taj Bibi. Like her aunt Nur Jahan, Mumtaz also participated in the government affairs and was the custodian of the royal seal.

Mumtaz Mahal's Death: Mumtaz Mahal died shortly after giving birth to her fourteenth child Gauhar Ara Begum, in 1631, at Burhanpur, where she had accompanied her husband on a campaign against Khan Jahan Lodi. At the time of her death, she was thirty-nine years old. Here is the description of her last moments, "When the Begum learnt that her death was certain, she asked Princess Jahan Ara, who sat by her side, to call the Emperor. The Emperor hastened to the queen's apartment and took his seat at the head of his dying beloved wife's bod. Mumtaz-uz-Zamani looked on the king with despair and tears in her eyes, and admonished him to take good care of her children and her own aged father and mother when she was herself no more. Then fixing her eyes on the companion of her life and casting a deep look on him, she breathed her last at three watches before sunrise".

Shah Jahan was so overpowered by grief that for one week he could not attend to any affair of the State. He gave up the use of coloured dress, scents, and jewels; forbade music and song at the annual coronation and birthday ceremonies. His beard rapidly turned white. The Emperor in weal and woe, in settled residence and travel, never parted with her company. (Badshanama)

After the death of Mumtaz, the house-hold goods were left in the charge of her eldest daughter Jahan Ara. Her mother's yearly allowance of six lac rupees was transferred to her with the addition of four lacs. Of Mumtaz's personal properties, all valued at more than a crore of rupees, one half was given to Jahan Ara and the and the rest was divided among her other children.


Mumtaz's body was temporarily buried in the garden of Zainabad on the bank of the river Tapti at Burhanpur (now in Madhya Pradesh), where the King was then encamped. After six months it was taken out and brought to Agra. A spacious ground to the south of Agra city was selected for the burial of the Queen. The site selected for the Mausoleum was a palace of Raja Man Singh, who got that piece of land from Akbar as a gift. Raja Man Singh's grandson Raja Jai Singh, the present owner, was gifted a lofty edifice from the Khalsa Estate in exchange for that building. At first a temporary tomb was constructed in the Taj gardens (remained there for more than six months), while the foundations of the magnificent mausoleum being laid. It was then placed in the underground chamber where it now lies. 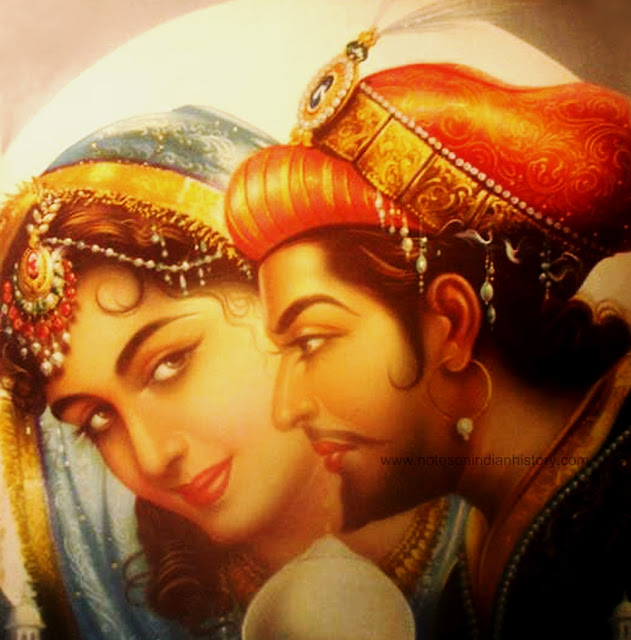 Shah Jahan invited at his court all the eminent architects and masons in his Kingdom as well as from Persia, Arabia and Turkey. The design accepted by the Emperor was by Ustad Isa Afandi and a wooden model of it was first made. The master mason was Muhammad Hanif from Baghdad. Amanat Khan Shirazi from Persia, Tughra Writer; Ismail Khan Rumi from Turkey, Dome Maker; Muhammad Khan from Shiraz, Calligrapher; Kazim Khan from Lahore, Kalas Maker; Ram Mai Kashmiri, Gardener; Mohal Lai, Manohar Singh and Mannoo Lai from Lahore, Mosaicists; were the main artisans employed in the construction and were highly paid.

The white marble was brought from Makrana and Red sandstone from Fatehpur Sikri. The precious stones that set in the Taj include Jasper from Punjab, Jade and Crystals from China, Turquoises from Tibet, Lapis Lazuli and Sapphires from Ceylon, Coral from Arabia, Cornelian from Baghdad, Diamonds from Panna in Bundelkund, Onyx and Amethyst from Persia. Most of the stones were received as tribute from the Chiefs of India, while many were received as presents.


Begun early in 1632, the Taj was completed in Jan 1643, under the supervision of Makramat Khan and Mir Abdul Karim at a cost of 50 lakhs of rupees (Anecodotes of Aurangzib). It took around twenty-two years to complete the whole work (including buildings that are connected with the mausoleum in the Taj Complex) and twenty thousand men were employed in the construction (Travels In India By Jean Baptiste Tavernier).

The income of thirty villages in Pargana Haveli with a revenue of one lakh rupees in addition to the income of all the shops, streets and sarais adjoining the tomb; amounting another lakh of rupees, was set aside for the maintenance of the mausoleum (1643).

Shah Jahan's Poem in Praise of the Taj Taken From Badshanama:


"How excellent the Sepulchre of the lady of Bilqis's fame
That a cradle from the body of the Princess of the world became.
Like the garden of heaven a brilliant spot,
Full of fragrance like paradise fraught with ambergris.
In the breadth of its court perfumes from the nose-gay of sweet-heart rise,
The nymphs of paradise use their eye-lids for cleaning its threshold.
Its walls and gates glitter with gems,
The air is there fresh and delightful like the brilliancy of pearl.
The architect of this sacred edifice
Brought water for it from the fountain of grace.
On this sacred edifice of high renown
Showers of mercy are ever pouring.
Should guilty seek asylum here,
Like one pardoned, he becomes free from sin.
Should a sinner make his way to this mansion,
All his past sins are sure to be washed away.
The sight of this mansion creates sorrowing sight
And makes sun and moon shed tears from their eyes.
In this world this edifice has been made
To display thereby the Creator's glory."

Muhammad Shah (1719-1748) was the last Mughal emperor to sit on the Peacock Throne. The Peacock Throne along with other priceless things were taken away by Nadir Shah when he invaded India in 1739.

Burhanpur was the Mughal head-quarters at Deccan.

Shah Jahan had a daughter named Purhunar Bano Begum by Kandahari Begum and a son by the daughter of Shah Nawaz Kan who died in infancy.

Aurangzeb ascended the throne mainly due to the help of his sister Roshan Ara.