Posted onDecember 04, 2015
"Among the gifts which God bestowed upon me, His humble servant, was a desire to erect public buildings. So I built many mosques and colleges and monasteries, that the learned and the elders, the devout and the holy, might worship God in these edifices, and aid the kind builder with their prayers"

"I was enabled by God's help to build a Daru-sh shifa, or Hospital, for the benefit of every one of high or low degree, who was suddenly attacked by illness and overcome by suffering"

"Through God's mercy the lands and property of his servants have been safe and secure, protected and guarded during my reign; and I have not allowed the smallest particle of any man's property to be wrested from him"

"When any government servant filling an important position was carried off under the decrees of God to the happy future life, I gave his place and employment to his son, so that he might occupy the same position and rank as his father and suffer no injury"


(From Futuhat-i Firoz Shahi)
Sipah Salar Rajab was the younger brother of Sultan Ghias-ud-din Tughlaq, the founder of the Tughlaq Dynasty of Delhi. The three brothers, Tughlaq, Rajab and Abu Bakr came from Khorasan to Dehli during the reign of Sultan Ala-ud-din Khilji (1296-1316). Ala-ud-din treated them with great favour and all three brothers were taken into service. The country of Dipalpur (now in Punjab, Pakistan) was conferred upon Tughlaq. Tughlaq wished that his brother Rajab should marry Bibi Naila, the beautiful daughter of Rana Mall Bhatti of Abuhar, but the Rana refused to that proposal. Tughlaq Shah proceeded to the villages belonging to the Rana and demanded payment of the year's revenue, in ready money of the whole amount. The villagers suffered much hardship. When the mother of Rana Mall heard of Tughlaq Shah's severity to the people, she went to the house of her son, weeping. When Bibi Naila heard the cause of her grandmother's grief, she replied, "If my surrender will deliver the people from such misery, comply instantly with the demand and send me to him; consider that the Mongols have carried off one of your daughters". The grandmother informed this to the Rana and the Rana agreed for the marriage. After the marriage with Sipah Salar Rajab, her name was changed to Sultan Bibi Kadbanu. Firoz was the son of Sipah Salar Rajab by Bibi Naila. He was born in 1309.


When Firoz was seven years old, his father died. Thereafter, Sultan Tughlaq considered him as his own son. "Firoz Shah received instruction in the duties of royalty and the functions of sovereignty from two kings, Sultan Tughlaq and Sultan Muhammad, and he became thoroughly conversant with all affairs of State", says Afif. It is said that before his death Muhammad nominated Firoz his successor. When Muhammad died, the nobles of Delhi placed Firoz on the throne. Thus Firoz Shah (1351-1388) became the third ruler of the Tughlaq Dynasty. He ascended the throne of Delhi, on March 23rd, 1351, at the age of 45. Soon after his accession to the throne, Firoz Shah sent his army against the Mongols and successfully defeated them.


Firoz Shah was very fond of collecting slaves. Altogether in the city there were 180,000 slaves and he took especial care for their maintenance and attention. He bestowed villages and lands as salary to his followers and office-bearers. In the words of Shams-i Siraj Afif, this method of paying officials was introduced by Firoz Shah. He also made a law that army services should be hereditary.

He abolished a number of unlawful taxes. He collected only four taxes according to the Islamic Law. Those were the Kharaj or land tax, Zakat or tax collected from the Muslims for religious purpose, Jizya or religious tax on the Hindus and the Khams of the booty looted during wars. He imposed Jizya on the Brahmans for the first time. During his reign, a Brahman was burnt alive for advising the Muslims regarding Hinduism. Firoz Shah encouraged the conversion of Hindus to Islam. Many Hindu temples and idols were destroyed and mosques were raised. He prevented severe punishments to men. He ordered that no Muslim woman should go out on pilgrimage to the tombs. 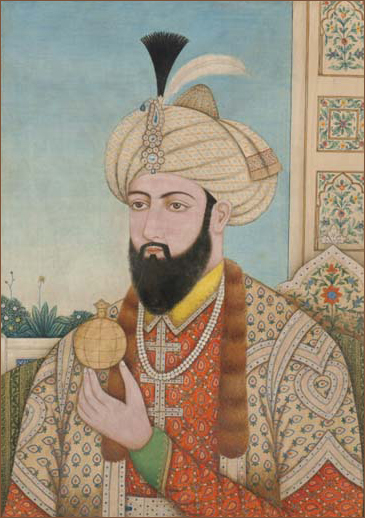 Lakhnauti (now Gaur or Gauda) in West Bengal: During his first conquest in 1353-54, Firoz Shah defeated Shams-ud-din of Bengal but didn't annex the State. In the second expedition in 1359-60, Sikandar Shah, son of Shams-ud-din, made his submission.

Nagarkot (in Kangra, Himachal Pradesh): The Rai of Nagarkot also offered his submission to Firoz Shah. The people of Nagarkot told Firoz that the idol which the Hindus worshiped at the Jwalamukhi temple of Nagarkot was the image of Naushaba, wife of Alexander the Great. In this temple, there was a fine library of Hindu books consisting of 1300 volumes. Firoz ordered one of those books, which treated of philosophy, astrology, and divination, to be translated into prose in Persian by Eiz-ud-Din Khalid Khan and called it Dulayil Firoz Shahi.

Thatta (Sindh in Pakistan): Firoz Shah crushed the revolt of Jam and Babiniya. 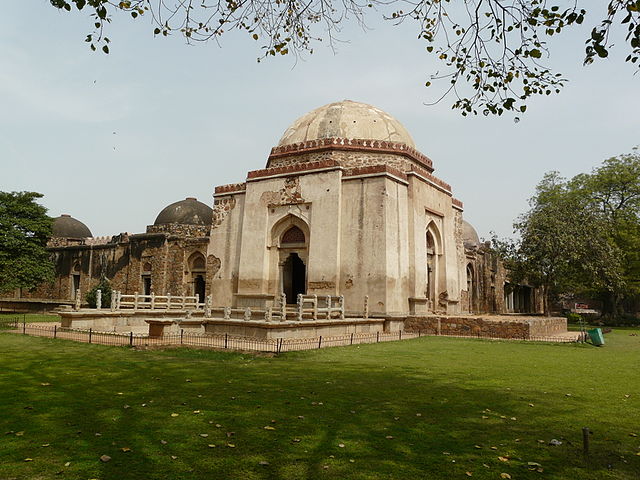 Last Days of Firoz Shah Tughlaq: In 1375, Prince Fath Khan, his eldest and favorite son, died and the Sultan was greatly affected by his death. When the Sultan was nearly ninety years (1387), Khan-i-Jahan, the wazir, got absolute power of the kingdom. One day he represented the Sultan that Prince Muhammad Khan (second son of Firoz Shah) had allied himself to certain nobles and was planning to raise a rebellion. The Sultan ordered that they should be taken into custody. The Prince came before his father, fell down at his feet and told him that the suspicions he had of him were worse than death itself and he had come to receive his fate from the King's own hands. Firoz Shah now realized that he had been deceived and authorized his son to act against the Khan-i-Jahan. The Prince with his forces attacked the Khan-i-Jahan and beheaded several of his adherents. Khan-i-Jahan was defeated and fled. Soon after these events, Firoz Shah, who was now old and feeble, gave over to the Prince the reigns of the government and himself retired. Prince Muhammad Khan then ascended the throne assuming the title of Nasir-ud-din Mahmud. During this time there was a rebellion occurred in Gujarat, and the rebellion was put out only when Firoz Shah resumed his full authority. The Prince then fled with his followers to the mountains of Sirmaur. Firoz Shah then placed Prince Tughlaq Khan (1388-1389), son of Fatheh Khan, on the throne under the title of Ghias-ud-din Tughlaq II and retired himself.


Firoz Shah was the last powerful ruler of the Tughlq Dynasty of Delhi. After 38 years of reign, he died at the age of 90. His tomb is located in the Hauz-i-Khas complex at Old Delhi. After his death in 26th September, 1388, Malwa, Gujarat and Jaunpur Kingdoms broke away from the Sultanate and the Tughlaq dynasty virtually came to an end (The Tughlaq dynasty was completely disintegrated at Timur's invasion in 1398). The soldiers and subjects were equally happy under his administration. Elliot has described him as the "Akbar of the Sultanate". Futuhat-i Firoz Shahi is the Autobiography of the Sultan. Firoz Shah ends his "Futuhat-i Firoz Shahi" thus, "Men will be judged according to their works, and rewarded for the good that they have done".