Posted onMay 28, 2016
During Hyder Ali's invasion, the important chieftains of Malabar, otherwise known as Kerala, were the Rajas of Travancore and Cochin, the Zamorin of Calicut (Samoothiri of Kozhikode) and the Kolathiri Raja of Chirakkal. Since Jan 1663, the kingdom of Cochin was under the control of the Dutch. The British East India Company also had a supreme position in Malabar as they established a trading factory at Tellicherry in 1683. Hyder Ali invaded Malabar for the first time in 1757 upon the request of the Raja of Palakkad to help him against the Zamorin's attack. At that time Hyder was serving as the Faujdar of Dindigul under the Wodeyars of Mysore. Hyder sent his brother-in-law Makhdoom Ali to Calicut and defeated the Zamorin. The Zamorin sued for peace and agreed to pay a war indemnity of rupees 12 lacs. 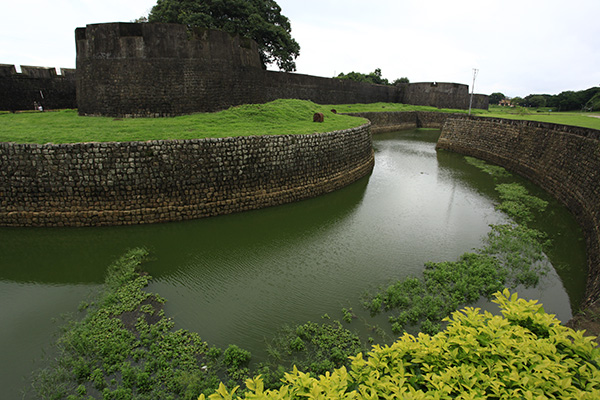 First Conquest of Malabar (1766): In 1765 when Hyder Ali came to Mangalore after his conquest of Bednore, he received an embassy from Ali Raja of Cannanore, a feudatory of the Kolathiri Raja, seeking his help to attack the Kolathiri Raja. About the beginning of the year 1766, Hyder proceeded towards Malabar and the palace of the Kolathiri was seized. Hyder also took possession of Kottayam and Kadathanad. When he entered Calicut, the Zamorin offered his submission and promised to pay 4 lacs of Venetian sequins. However, suspecting treachery Hyder placed the Zamorin under confinement in his palace and tortured his ministers for extorting treasure. Fearing of a similar disgrace to himself, the Zamorin committed suicide by setting fire to the palace in which he was confined. Followed by the capture of Calicut, the Raja of Cochin also offered his submission and paid 2 lacs of rupees. Hyder then turned his attention towards Travancore and demanded from Raja Rama Varma of Travancore a tribute of 15 lacs of rupees and twenty elephants. The Raja informed Hyder that Travancore was already a tributary of the Nawab of Arcot and had formed an alliance with the British East India Company as well. He also added that he could not afford to be a vassal to two suzerains at the same time but that he had no objection to contribute a large sum if Hyder would reinstate the Kolathiri Raja and the Zamorin in their territories. As the monsoon was approaching Hyder retired to Coimbatore after bestowing the government of Malabar to a Brahman named Madanna. Hyder also ordered the construction of a fort at Palakkad (now known as Tipu's Fort).


During Hyder's absence, the Nairs (the nobles of Malabar) rebelled and retook many places. Learning this Hyder hastened to Malabar and put down the revolt without much difficulty. Hyder, by a solemn edict declared the Nairs deprived of all their privileges. He permitted all the other castes to carry arms but forbidding them to the Nairs, who till then had enjoyed the sole right of carrying them. However, with these measures he could not make the submission of the Nairs; they considered death preferable to such a degradation. So Hyder made a new edict by which he restored all their rights and privileges if they embrace Islam. Many yielded but the greater part of the Nairs fled from Malabar and took refugee at Travancore. About that time, Hyder received intelligence of the advancement of Peshwa Madhav Rao from Pune and Nizam Ali aided by British troops from Hyderabad to his capital (The First Anglo-Mysore War). The news of Hyder Ali's war with the British revived a hope of independence among the chiefs of Malabar; and they began to revolt with the help of the British who were settled on the Malabar Coast. So Hyder abandoned his attempt on Malabar and made three conditions for the withdrawal of his army from Malabar: a war indemnity was to be paid to him; Ali Raja was not to be disturbed; and the fort of Palakkad should remain in his possession. The Maharaja of Travancore in the meanwhile ordered to strengthen and extend the Travancore Lines. 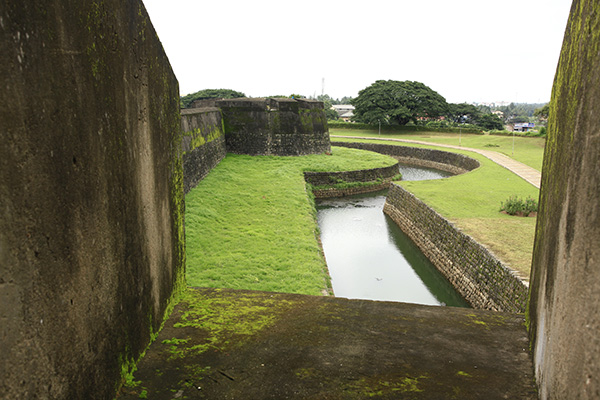 Second Conquest of Malabar (1773): By 1773, Hyder started preparations for the recovery of Malabar. For the purpose of direct communication with Malabar, he captured Coorg in Nov. He entered Malabar and retook it in the same year. The Zamorin and most of the other princes of Malabar took refugee at Travancore, where they were treated with great kindness. Hyder became enraged hearing this and decided to invade Travancore, but the Dutch who had established themselves at the northern frontier of Travancore, stood a barrier to Hyder's progress. He demanded the Dutch a free passage through their territories for attacking Travancore but the Dutch refused his request. Therefore Hyder had to seek a route by the Cochin Raja's territory. Hyder sent his general Sardar Khan towards Cochin to capture the fort of Trichur. The Raja of Cochin acknowledged his vassalage to Hyder and promised to pay an annual tribute of 120,000 rupees. Sardar Khan also seized the Dutch forts of Chettuva (in Thrissur) and Pappinivattom. however his further advance was blocked by the Travancore lines, which passed through Cochin up to the fort of Cranganore (Kodungallur). Meanwhile Raja Rama Varma requested the British help and sent a large army to cooperate with the Bombay army under Major Abington at Calicut.

Events During the Second Anglo-Mysore War:- The Siege of Tellicherry, Death of Hyder Ali Khan, Accession of Tipu Sultan, Treaty of Mangalore.


During Hyder's invasion of Malabar, most of the local chieftains fled to Travancore; but Kerala Varma Pazhassi Raja (1774-1805), a Prince belonged to the royal family of Kottayam, (popularly known as the Lion of Kerala) began a guerrilla warfare against the Mysore troops. Hyder began friendly relations with some of the local chiefs and in 1776, the Prince of Chirakkal was appointed as his representative to carry on the administration in North Malabar. The Kadathanadu Raja also became a vassal of Hyder during this period. During the American War of Independence in 1778, the Zamorin and Pazhassi Raja helped the British against French; and also recovered most of their lost territories from the Mysore troops. The British captured the French settlement at Mahe in 1779, which was in Hyder's territories. Offended by this Hyder declared war against the British (The Second Anglo-Mysore War).

In October 1780, Sardar Khan assisted by the forces of the Prince of Chirakkal and the Kadathanadu Raja laid siege to the British settlement at Tellicherry, that lasted for a period of 18 months. In May 1781, reinforcements arrived from Bombay for the British and Sardar Khan was taken prisoner by Major Abington. The united armies of Pazhassi Raja and Major Abington defeated the Mysore forces at Tellicherry; and followed by this, the Nairs captured all the Mysore garrisons from Malabar. Major Abington took Calicut in Feb 1782. The Dutch forts of Chettuva and Pappinivattom were also recovered. Hyder dispatched his son Tipu to Malabar to recover the lost territories. Tipu's forces stormed the British at Ponnani, but as Hyder Ali passed away in 1782, Tipu was compelled to leave for Mysore to occupy his father's throne. In 1783, Colonel Fullerton captured the fort at Palakkad. Finally, as per the Treaty of Mangalore in 1784, which concluded the Second Anglo-Myore war, the British restored Malabar to Tipu Sultan.

Ali Raja of Cannanore was the only Muslim Chief of Malabar.

Historical Sketches of the South of India by Mark Wilks
The Travancore State Manual by V. Nagam Aiya
A History of Travancore from the Earliest Times by P. Shungoonny Menon
A Survey Of Kerala History by Prof. A. Sreedhara Menon
Share
Post a Comment
Labels#Mysore/Karnataka
Newer
Older