A Collection of Portraits of Tipu Sultan

Posted onJanuary 05, 2018
Similar images to the below one is what we see on the internet popularly depicted as Tipu Sultan, [Tippoo Sahib of the British].

It is taken from the book "The history of Hyder Shah, alias Hyder Ali Khan Bahadur, and of his son, Tippoo Sultaun. By M.M.D.L.T, General in the Army of the Mogul Empire, Revised and Corrected by His Highness Prince Gholam Mohammed [Son of Tipu Sultan]". 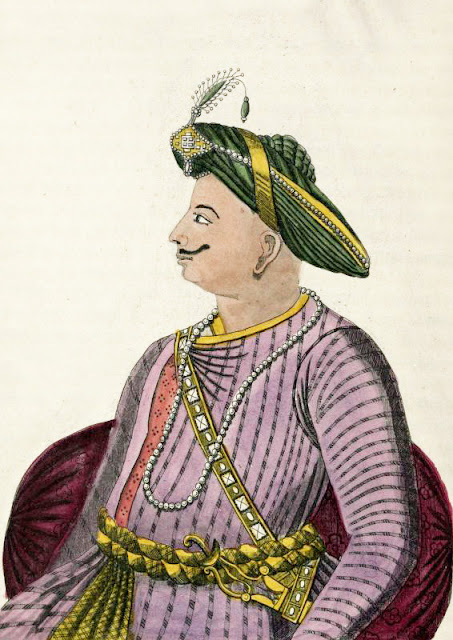 As portrait painting became popular, many European painters came to India between 1770 and 1825 in search of profitable commissions.

In this post I'm sharing some portraits made by European artists said to be of Tipu Sultan:


1. According to British Library, this portrait was originally published in the book "The naval and military history of the wars of England, including, the wars of Scotland and Ireland, etc" by Thomas Mante. 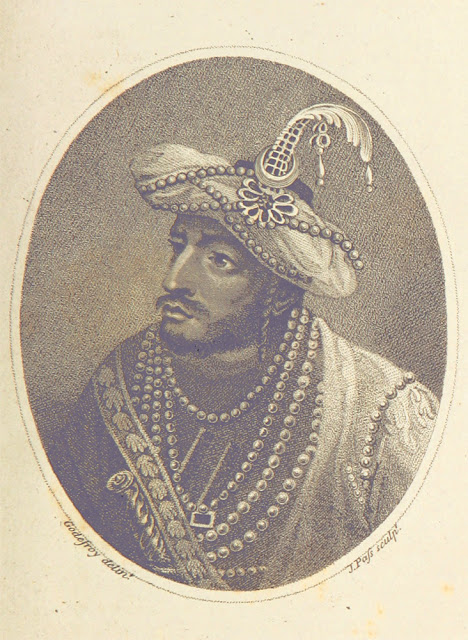 2. This antique steel engraving of Tipu Sultan was originally published in the book "The Illustrated History of the British Empire in India and the East" by Edward H. Nolan, with the title 'Tippoo Saib".


However, we can find another copy of the same image with the title of 'The Emperor Humayun', in the book 'The Oriental Annual; or Scenes in India by the Rev. Hobart Caunter, B.D.; With Twenty-Two Engravings From Drawings By William Daniell, R.A.'

3. Below print was published in the 'Carlton House Magazine' in 1792, soon after signing of the treaty of Srirangapatna, which concluded the third Anglo-Mysore War. No doubt, this is a work of pure imagination.


4. Here is the painting of Tipu Sultan in 1780 attributed to John Zoffany, inside the Daria Daulat Bagh at Srirangapatna.

John Zoffany was one of the most famous portrait painters of the 18th century. According to various sources, John Zoffany came to India in 1783 only. He worked in India from 1783 to 1789. 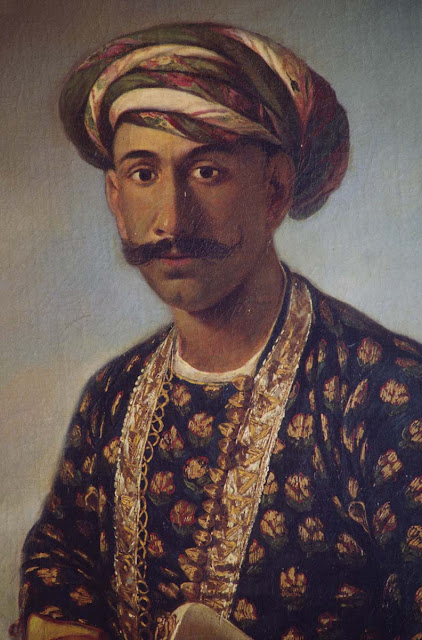 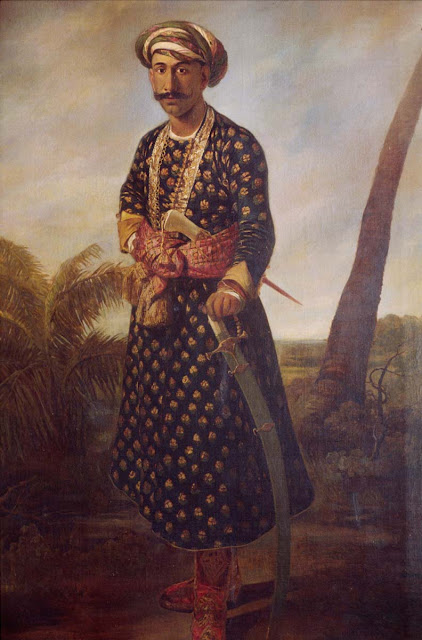 It should be noted that Tipu Sultan never employed European artists to draw his pictures. The mural paintings in the walls of his Summer Palace (Daria Daulat Bagh) were done by his court painters only. Then how come this painting into existence?

According to a recent research by Harshavardhana Yadumurthy, this painting is of Salar Jung, brother in law of Shuja-ud-Daula, the Nawab of Awadh, portrayed by another British painter Tilly Kettle.

5. Below image of Tipu was taken from Mohibbul Hasan's book:


6. Here is another imaginary drawing:

7. This drawing is somewhat similar to the authentic one:


8. Just another imaginary one.


A closer version of the same painting in color from Asian Art Museum.


Most of the images depicted as Tipu Sultan had come from the artists' own imagination. According to Denys M. Forrest, author of the "Tiger of Mysore: Life and Death of Tipu Sultan", "all the surviving portraits of Tipu Sultan are so similar in character that they must either date from the same period or derived from a common source. The incidents in Tipu's career which most strongly engaged the fancy of the history painters were of course the surrender of his sons as hostages and his own last struggle and death!"