History of the Imad Shahi Kings of Berar

Posted onDecember 09, 2017
Why the Sultanate of Berar did not join the other four Deccan Sultanates against Rama Raya in the battle of Talikota? Let's go through a brief history of the Imad Shahis of Berar.

The Imad Shahi Sultanate of Berar (1490-1572), (in Maharashtra) was one of the five Deccan Sultanates. Imad Shahi dynasty was established by Fathullah Imad Shah (1490-1504) with its capital at Ellichpur. Originally a Hindu of Vijayanagara, he was taken prisoner in his infancy by the Bahmanis and was admitted among the body guards of Khan Jahan, the then governor of Berar. As the boy grew up, Khan Jahan was attracted by his abilities and courage, and nominated him to offices of distinction. After the death of Khan Jahan, Fathullah went to Muhammad Shah II Bahmani at Bidar and got the title of Imad-ul-Mulk, through the influence of Khawaja Mahmud Gawan, and was subsequently raised to the office of commander of the forces in Berar. Shortly after the death of Mahmud Gawan, Fathullah declared his independence and assumed the title of Sultan of Berar. 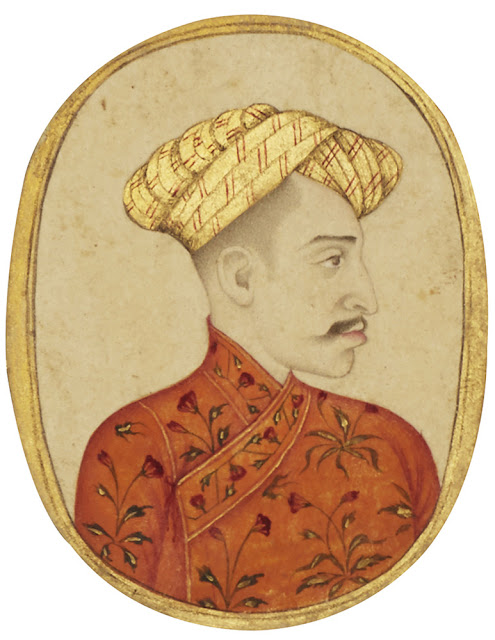 Fathullah Imad Shah was succeeded by his eldest son Ala-ud-din Imad Shah (1504-1530) in 1504. In 1528, Ismail Adil Shah gave his sister Khadija in marriage to Ala-ud-din. In 1518, disputes arose between Ala-ud-din and Burhan Nizam Shah regarding the town of Pathri, situated within the territory of Berar. Since the ancestors of the Nizam Shahi kings were natives of Pathri, Burhan Nizam Shah wanted to recover it, and requested Ala-ud-din to give up the district and receive in lieu of it another, yielding even a greater revenue. Since Ala-ud-din refused it, Burhan made a sudden march against Pathri, and carried it by assault. In 1527, Ala-ud-din at the instance of Ismail Adil Shah and Quli Qutub Shah, led an army against Pathri and recovered it, however, it was afterwards retaken by Burhan Nizam Shah. Burhan then captured Mahur and moved towards Ellichpur. Unable to cope singly with the Nizam Shahi troops, Imad Shah fled to Burhanpur, where he induced Miran Muhammad Shah, the ruler of Khandesh, to assist him. The allies marched against Burhan Nizam Shah; but suffered a total defeat; besides many places in Berar also fell into Burhan Nizam Shah's hands. The allies now applied to Bahadur Shah of Gujarat for assistance. Bahadur Shah reached Deccan and marched his forces towards Ahmednagar. Burhan at last sued for peace through Miran Muhammad Shah and Imad Shah, to whom he promised to return the forts and the elephants he had taken from them during the war. He acknowledged the suzerainty of the Sultan of Gujarat by agreeing to read the public prayers in his name. Burhan restored the elephants to Miran Muhammad Shah, but refused to restore Pathri and Mahur to the Imad Shah.

Darya Imad Shah (1530-1562), son of Ala-ud-din, gave his sister Rubia Sultana in marriage to Ibrahim Adil Shah in 1543. Darya assisted Hussein Nizam Shah to raise the siege when the allied armies of Ibrahim Adil Shah and Rama Raya laid siege to Solapur. When Ali Adil Shah made alliance with Rama Raya, Hussein made overtures to Darya Imad Shah and married his daughter Bibi Daulat. During the first siege of Ahmednagar by Rama Raya and Ali Adil Shah, Darya a sent a large force under his brave general Jahangir Khan to join Hussein Nizam Shah. When Hussein Nizam Shah sued for peace, one of the conditions of the peace treaty was the execution of Jahangir Khan.

Darya Imad Shah was succeeded by his infant son Burhan Imad Shah (1562-1574) in 1562, and Tufal Khan, his minister, became the regent. Before the Prince was of an age to assume the reins of his empire, Tufal Khan usurped the throne and confined him in the fort of Narnala. In 1562, when Hussein Nizam Shah made alliance with Ibrahim Qutub Shah, to retake the fort of Kalyani, Tufal Khan joined Ali Adil Shah, as he was incensed against Hussein Nizam Shah for the cruel execution of Jahangir Khan. It was for this reason he didn't join the other four Sultanates in the battle of Talikota in 1565. 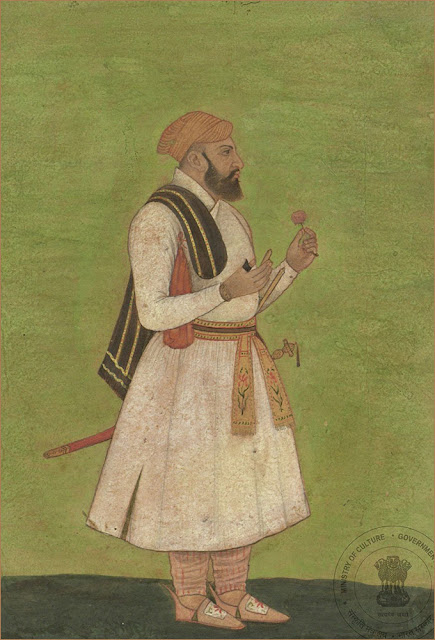 The power of Tufal Khan gradually increased, which alarmed the kings of Ahmednagar and Bijapur. Murtaza Nizam Shah (1565-1588) and Ali Adil Shah (1557-1580) marched their united forces against him and plundered it. Tufal Khan opened negotiations with Ali Adil Shah offering him valuable presents, and Murtaza Nizam Shah was compelled to retreat to Ahmednagar. Murtaza Nizam Shah again marched against Tufal Khan in 1572, under the pretense of releasing the imprisoned prince Burhan from his confinement. Tufal Khan and his son Shamshir-ul-Mulk fled to the hills. He was pursued by the Ahmednagar army; he finally fled to Narnala; from there he applied to Emperor Akbar at Delhi for assistance. Akbar sent an envoy to Murtaza Nizam Shah, asking him to desist from his invasion of Berar; but Murtaza paid no attention to the communication. Narnala along with all the principal forts in Berar, fell into the hands of Murtaza. Tufal Khan, Burhan Imad Shah, Shamshir-ul-Mulk and all their families were confined in one of the forts, and were subsequently put to death by the king's order. Thus ended the kingdom of Fathullah Imad Shah in 1574. Berar remained under the possession of Ahmednagar, till its cession to the Mughals in 1596.

The History of the Rise of Mahommedan Power in India By Ferishta, trans. by John Briggs
Share
1 comment
Labels#Bahmani/Deccan Sultans
Newer
Older