Posted onMarch 03, 2018
"The city of Vijayanagar is such that eye has not seen nor ear heard of any place resembling it upon the whole earth...The jewelers sell their rubies and pearls and diamonds and emeralds openly in the bazaar"

Abdur Razzak was the ambassador of the Timurid ruler Mirza Shah Rukh (r: 1405-1447) of Iran (Persia) to the Samoothiri (Zamorin) of Calicut. Abdur Razzak chronicled his Indian mission in his book titled 'Matla-us-Sadain wa Majma-ul-Bahrain'. He notes that the Samoothiri had heard of Shah Rukh's greatness and power from some of the latter's ambassadors who had visited Calicut and had dispatched embassies to Persia prior to his arrival.

In the beginning of November 1442, Razzak reached Calicut and had audience with the Samoothiri. While he was at Calicut, the king of Vijayanagar, sent a messenger to the Samoothiri, asking to sent the Persian ambassador to him immediately.

Razzak remarks, "Although the Samoothiri is not subject to the laws of the king of Vijayanagar, he nevertheless pays him respect, and stands extremely in fear of him; since this latter prince has in his dominions three hundred ports, each of which is equal to Calicut". The king who summoned Razzak to Vijayanagar was Deva Raya II (r: approx. 1424-1446). 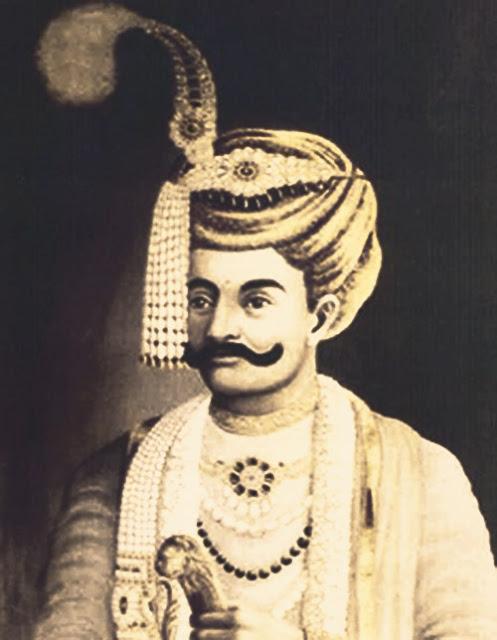 Praudha Deva Raya also known as Deva Raya II, son of Vira Vijaya, was the greatest king of the Sangama dynasty of Vijayanagar. He had many special titles including Gaja Bentekara (Hunter of elephants).


Razzak's Journey from Calicut to Vijayanagar: In the beginning of April 1443, Abdur Razzak departed from Calicut by sea; after reaching the port of Mangalore, which was the frontier of Vijayanagar, he continued his journey by land. On the way, he saw a magnificent bronze temple which 'has not its equal in the universe'. It is an equilateral square, formed of cast bronze and upon which stands a giant human figure, made of gold. Its eyes are formed of two red rubies and are placed so artistically that the statue seems to gaze at you.

At Belur, he saw another lofty temple with exquisite sculpture, most probably the Chennakeshava Temple. At the end of April, he reached Vijayanagar. The Raya had sent a procession to welcome him and also assigned him a beautiful house. 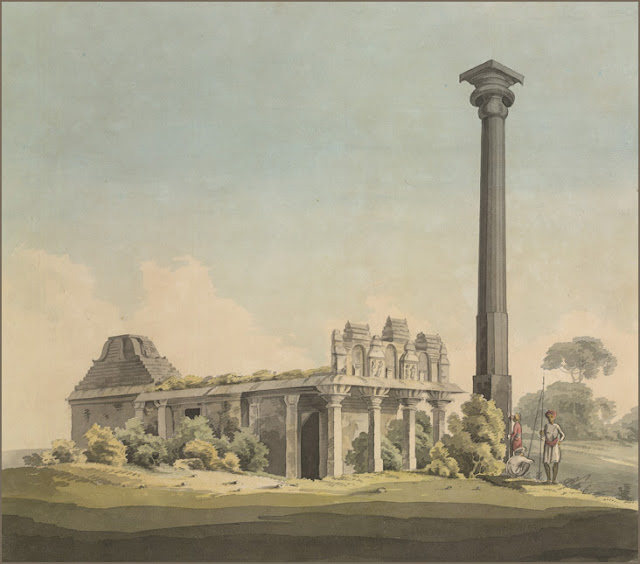 Description of the City: The city was exceedingly large and populous, and the king was of great power and dominion. The king of Vijayanagar bears the title of 'Raya'. His dominions extended from Ceylon to Gulbarga, and from Bengal to Malabar. About three hundred seaports belong to it. There are more than 1000 elephants, 'lofty as the hills and gigantic as demons'. The Raya possessed an army of eleven lacs of men.

The city of Vijayanagar is such that the pupil of the eye has never seen a place like it, and the ear of intelligence has never been informed that there existed anything to equal it in the world. It has seven fortified walls, one within the other. The seventh fortress, which is placed in the center of the others, occupies an area ten times larger than the market-place of the city of Herat (City in Afghanistan). It is the palace which is used as the residence of the king. Between the first, second and third walls, there are cultivated fields, gardens and houses. From the third to the seventh fortress, there can be seen crowded shops and bazaars. At the gate of the king's palace are four bazaars, placed opposite each other, where the rose merchants expose their sweet smelling and fresh looking roses for sale. These people could not live without roses, and they look upon them as quite as necessary as food. The inhabitants of this country, whether high or low, down to the artisans of the bazaar, wear jewels adorned with precious stones in ears, necks, arms, wrists and fingers.

Writing: It was of two kind: they wrote letters with a kalam of iron upon a coconut leaf. Another mode of writing is that they blacken a white surface, and write letters with a soft stone, which lasts for a long time.

Coins: They have three different kinds of money made of gold coins mixed with alloy: Varaha, Pratapa and Panam [Fanam] and silver coins are called Tar and copper coins Jital. 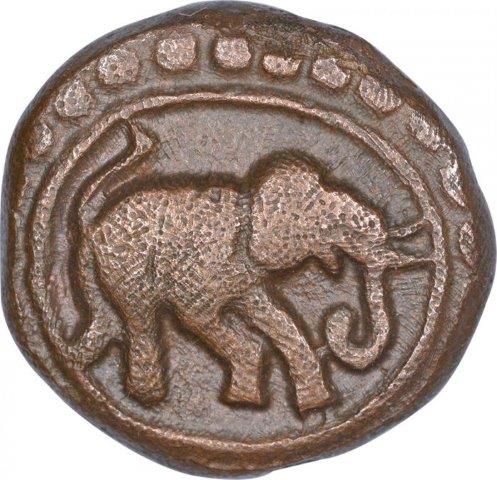 Elephant Stables: Although the king possesses a considerable number of elephants in his dominions, the largest of these animals are kept near the palace. He possessed one large white elephant, with grey spots here and there. Every morning this white elephant is brought before the king, and the sight of him seems to act as a happy omen. The elephants of the palace are fed upon Khichdi. After mixing the Khichdi with salt and sugar they make balls of it, and, after steeping them in butter, they put them into the elephant's mouth. If one of these ingredients has been forgotten, the elephant attacks his keeper, and the king punishes this negligence severely.


Meeting with Deva Raya: The king was seated in great state in the forty-pillared hall, and a crowd of Brahmans and others stood on the right and left of him. He presented the Raya with five beautiful horses and some presents of damask and satin. The king was clothed in a robe of green satin; and a collar decorated with pearls and other splendid gems around his neck. He was rather tall with olive complexion and his frame was thin. On his cheeks might be seen a slight down, but he kept no beard. His countenance was extremely pleasing. The king received the ambassador kindly, and seated him near him. When Razzak took the letter of Shah Rukh, he handed it to the interpreter, and said, "My heart is exceedingly glad that a great king has sent an ambassador to me.". Before his return, Razzak was presented with two packets of betel, a purse containing five hundred Panam and twenty miskals of camphor.

Razzak's daily provision consisted of two sheep, four pairs of fowls, five mans of rice, one of butter, one of sugar and two varahas of gold. Twice in the week, the king sent for him, and asked questions respecting Mirza Shah Rukh. The king said to him, "Your monarchs invite an ambassador, and receive him to their table; as you and we may not eat together, this purse full of gold is the feast we give to an ambassador". Razzak later mentioned that the Hindus do not eat in presence of one another.

The King's Harem: The king had a large seraglio containing as many as 700 princesses and concubines.

This is not a biography of Deva Raya II; the views expressed here are solely of Abdur Razzak. To be continued...
Share
Post a Comment
Labels#Vijayanagar
Newer
Older