Posted onMarch 12, 2018
Domingo Paes was a Portuguese merchant (horse dealer) who visited Vijayanagar around the year 1520. At that time its ruler was the celebrated Krishnadeva Raya. Christovao de Figueiredo, a Portuguese factor, had provided valuable assistance to the king during his conquest of Raichur. He had gone there with twenty Portuguese merchants, who brought some Arabian horses to sell to the king. Domingo Paes was at Vijayanagar with Figueiredo some months after the battle of Raichur. Paes was also present during the festivals of Mahanavami and New Year's Day.

Personal Appearance: "The king is of medium height, and of fair complexion and good figure, rather fat than thin; he has on his face signs of small-pox. fie is the most feared and perfect king that could possibly be, cheerful of disposition and very merry; he is one that seeks to honour foreigners, and receives them kindly, asking about all their affairs whatever their condition may be. He is a great ruler and a man of much justice, but subject to sudden fits of rage, and this is his title, "Krishnadeva Maharaya, king of kings, lord of the greater lords of India, lord of the three seas and of the land." 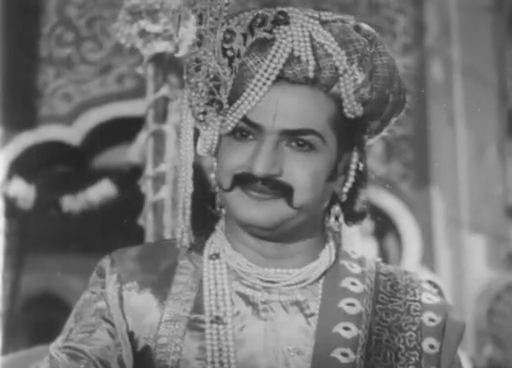 Krishnadeva Raya's Wives: Paes mentions that the king had twelve wives, of whom there are three principal ones: "One of these principal wives was the daughter of the king of Orissa, and others, daughters of the king of Srirangapatna; another wife is a courtesan whom in his youth he had for mistress before he became king, and she made him promise that if he came to be king he would take her to wife, and thus it came to pass that this courtesan became his wife. For love of her he built this new city, and its name was..."(not given). Paes adds, "These women are never seen by any man. When they wish to go out they are carried in litters shut up and closed, so that they cannot be seen." Tirumala Devi, one of Krishna's chief queens, was the daughter of governor of Srirangapatna. From Nuniz's narrative, the king's lover seems to be Chinna Devi. Amuktamalyada mentions three queens namely, Tirumala Devi, Annapurna Devi and Kamala Devi. Two of these might be the other names of Chinna Devi and the princess of Orissa.

Nuniz recorded that, "Now this king Crisnarao (Krishnadeva Raya), when he was young, had an intrigue with a courtesan for whom he had much affection, and who was called Chinna Devi, and for the great love he bore her he promised many times that if ever he became king he would marry her; and though he said this in jest, it afterwards became true. For when raised to the throne and taken away from the things he had done when a young man, he still did not forget the affection he felt for this woman, but used secretly to leave his palace and go to her house. And this was discovered one night by his minister Saluva Timma, who watched him until he had got into the woman's house, and he rebuked him much for it and brought him back to the palace. Then the king told him how well he loved her, and that he had promised to marry this woman and was determined to do so in any case; and the minister, seeing how he was bent on it, gave way to his wish, saying that he would accomplish it in such a way that His Highness would not be blamed for it. In order to do this he sought for him a very beautiful woman of the family of the kings of Narsimha, and after he had married him to her, at the end of the wedding ceremonies, he put this woman and the other in a house, to which he had added a tower very lofty and large, and in which he lodged her. Afterwards the king married many other wives; and this king Crisnarao married four, and yet he loved this one better than any of the others. This king built a city in honour of this woman, for the love he bore her, and called its name Nagalapur." This is not correct. Nagalapur or Nagalapuram was built in memory of the king's mother Nagambika also known as Nagala Devi. In fact, Chinnadevipura was built in honour of Chinna Devi. 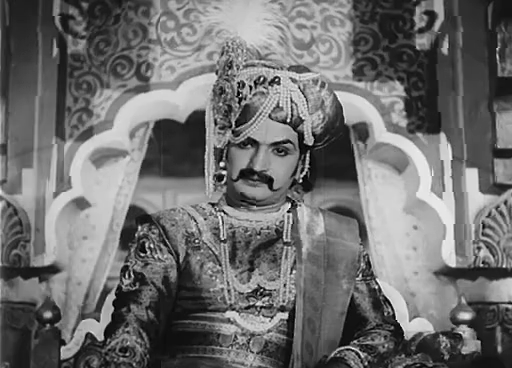 As Paes said, Krishnadeva Raya was constantly at war with Prataparudra Deva, the king of Orissa. Prataparudra finally made peace with Krishna by giving him his daughter in marriage. She is known in various names such as Jaganmohini, Tukkadevi or Bhadra, The Orissa princess was however, said to have been neglected by the king, her husband, and was leading a lonely life at Cumbum.


Daily Routines: Paes said that "the king used to drink every day three-quarter pint of gingelly oil before daylight, and anoints himself all over with the said oil; he covers his loins with a small cloth, and takes in his arms great weights made of earthenware. Afterwards, he takes a sword and exercises himself with it till he has sweated cut all the oil, and then he wrestles with one of his wrestlers. After this, he mounts a horse and gallops about the plain in one direction and another till dawn, for he does all this before daybreak. Then he goes to wash himself, and a Brahman washes him whom he holds sacred. Then he goes to the palace, and makes orisons and ceremonies. Thence he goes to a pillared porch like building, and dispatches his work with those men who bear office in his kingdom, and govern his cities, and his favourites talk with them. The greatest favourite was his minister Saluva Timma also known as Timmarasu and Appaji."


"After the king has talked with these men on subjects pleasing to him, he bids enter the lords and captains who wait at the gate. As soon as they appear they make their salaam to the king, and place themselves along the walls far off from him; they place their hands in the sleeves of their tunics and cast their eyes on the ground. If the king desires to speak to any one it is done through a second person, and then he to whom the king desires to speak raises his eyes and replies to him who questions him, and then returns to his former position. So they remain till the king bids them go, and then they all turn to make the salaam to him and go out. The salaam, which is the greatest courtesy that exists among them, is that they put their hands joined above their head as high as they can. Every day they go to make the salaam to the king." 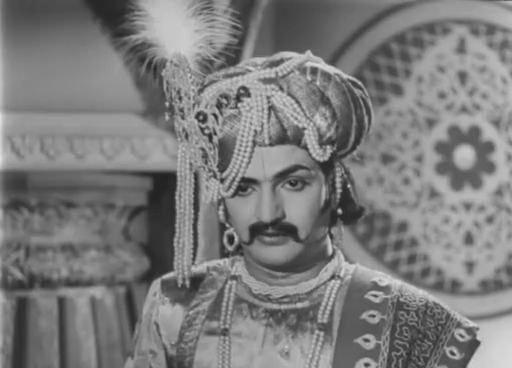 Meeting with Krishnadeva Raya: Christovao de Figueiredo went to see the king along with Paes and other Portuguese traders. "When we came to this country the king was in this new town, and there went to see him Christovao de Figueiredo with all of us Portuguese that came with him, and all very handsomely dressed after our manner, with much ﬁnery; the king received him very well, and was very complacent to him. The king was as much pleased with him as if he had been one of his own people, so much attention did he evince towards him; and also towards those among us who went with him he showed much kindness. We were so close to the king that he touched us all and could not have enough of looking at us. Then Figueiredo gave him the letters from the Captain Major and the things he had brought for him, with which he was greatly delighted; principally with certain organs that the said Figueiredo brought him, with many other things."

"The king was clothed in certain white cloths embroidered with many roses in gold, and with a paeca (something worn round the neck) of diamonds on his neck, and on his head he had a cap of brocade in fashion like a Galician helmet, covered with a piece of fine stuff all of fine silk. He was barefooted; for no one ever enters where the king is unless he has bare feet, and almost all the people, go about the country barefooted. The shoes have pointed ends, in the ancient manner, and there are other shoes that have nothing but soles, but on top are some straps which help to keep them on the feet. The king gave to Christovao de Figueiredo on dismissing him a tunic of brocade, with a cap of the same fashion as the king wore, and to each one of the Portuguese he gave a cloth embroidered with many pretty figures, and this he gives in token of friendship and love."


"When Christovao de Figueiredo had been dismissed by the king we came to the city of Vijayanagar, and here the king commanded us to be lodged in some very good houses. Figueiredo was visited by many lords and captains, and other persons who came on behalf of the king. The king sent him many sheep and fowls, and many vessels full of butter and honey and many other things to eat, which he at once distributed amongst all the foot-soldiers and people whom he had brought with him. The king said many kind and pleasant things to him, and asked him concerning the kind of state which the king of Portugal kept up; and having been told about it all he seemed much pleased."