Fernao Nuniz, a Portuguese merchant, author of 'Chronica dos reis de Bisnaga' (Chronicle of the Kings of Vijayanagar), tells us the circumstances under which Krishnadeva Raya was raised to the throne by the minister. Vira Narasimha Raya, the first ruler of the Tuluva dynasty, died in 1509. Before his death, he summoned his minister Saluva Timma, and asked him to raise up his eight-year old son to be king and to put out the eyes of his (half) brother Krishna. Saluva Timma called Krishna, and told him how his brother had bade him put out his eyes and make his son king. Krishna said that he did not seek to be king, nor to be anything in the kingdom, even though it should come to him by right; that his desire was to pass through this world as a jogi (ascetic), and that he should not put his eyes out, seeing that he had not deserved that of his brother. Saluva Timma, hearing this, and seeing that Krishna was a man of over twenty years and therefore more ﬁt to be king than the minor son of Vira Narasimha, put out the eyes of a goat, and showed it to the king. As soon as the king was dead, his brother Krishna was raised to the throne. Domingo Paes, who visited Vijayanagar during the reign of Krishnadeva Raya, remarks, "The greatest favourite of the king is an old man called Timmarusu. He commanded the whole household, and to him all the great lords acted as to the king. He brought up the king and made him king, and so the king looks on him like a father. Whenever the king calls to him he addresses him as "Lord Saluva Timma", and all the captains and nobles of the realm make salaam to him." 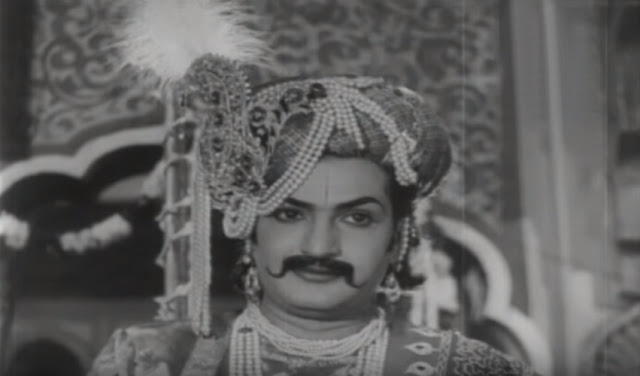 According to the poem of Ramarajabhushanudu, Saluva Timma made his living at Gutti by stitching the leaf-platters from which people ate their food; next, he subsisted upon the food which he received as alms at Chandragiri; then, he begged, and got himself admitted as a free boarder in a choultry at Penukonda. At last he secured the post of 'betel-bag bearer' to the commandants of various forts, and rose ultimately from that position to be the prime minister of the kingdom. The poem also states that there was none who could be compared with Saluva Timmarusu, for he alone had the privilege of being addressed with affection as 'father' by Krishnadeva Raya.

Nuniz recorded that Krishna had a love affair with a courtesan before ascending the throne, who promised her that if he became the king he would marry her. According to Nuniz this lady was Chinna Devi. The minister, observing one day, his going secretly to her house rebuked him and brought him back to the palace. On Krishnadeva Raya confessing the great love he bore for her and the promise he had made her to marry her after he became king, Saluva Timma, gave way to his wish, saying that he would accomplish it in such a way that His Highness would not be blamed for it. He then arranged for Krishna's marriage with a princess of the family of Narasimha, and kept the newly wedded royal lady and Chinna Devi in a house, to which he had added a tower very lofty, and in which he lodged her.

Krishnadeva Raya's chief rivals were the Deccani Sultans and Prataparudra Deva, the Gajapati king of Orissa. Kondaveedu was captured from the the Gajapati king by Saluva Timma in 1515. One of the inscriptions states that Saluva Timma, 'captured the swan-like kings appointed by the Gajapati in Kondaviti'. Krishna now turned towards the interior of the territories of Gajapati. Appaji advised him that it was not desirable that he should enter further into the interior of the Gajapati's country as he might be attacked on the flank by the Muhammadans. Krishna inored the advise of the minister but proceeded on his campaign. But then he learnt of the great preparations made by the Gajapati and.his sixteen Mahapatras to repel his army. Appaji advised him that he could defeat the enemy only by a stratagem. 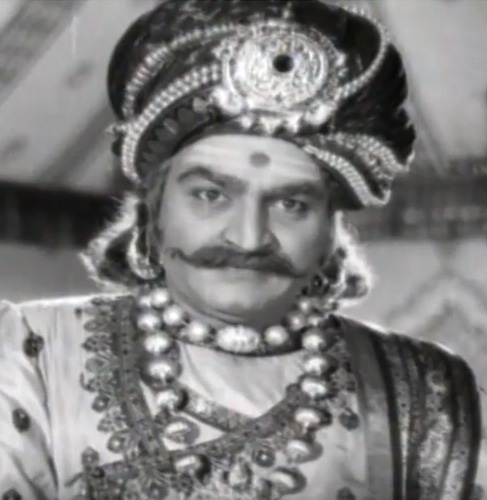 The minister dispatched some chests full of gold and valuables to the sixteen Patras along with secret letters. The letters said that the boxes were dispatched to them according to the agreement between the Patras and Krishna Raya, and urged them to desert the Gajapati during the battle. Some of these boxes were captured by Gajapati's messengers and taken to him. As a result of this clever stratagem by Appaji, the Gajapati became alarmed and suspecting treason among his chief generals, left his capital and fled to a place of safety. The Gajapati finally made peace with Krishna by giving him his daughter in marriage and presented to her as dowry all his territories to the south of the Krishna. After returning to Vijayanagar, Krishna made Appaji sit upon a costly carpet (ratnakambali), and had his Svarnabhishekam and Ratnabhishekam performed.


It is said that the Orissa princess plotted against Krishna's life, suspecting his Kshatriya birth, but the king was saved by Appaji. 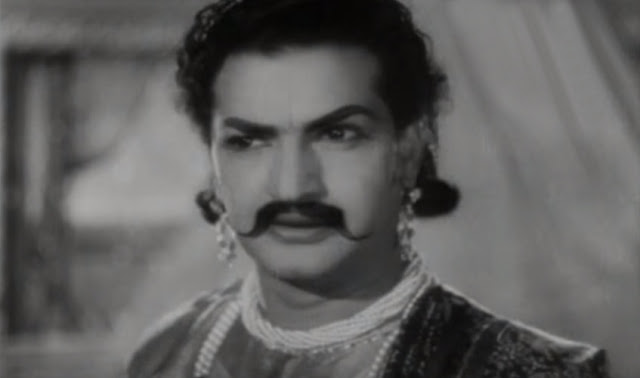 Blinding of Appaji: In 1524, Krishna raised his son prince Tirumaladeva, of six years, to be king. He abdicated his throne and himself became the minister of his son. Saluva Timma became his counselor. After eight months, prince Tirumaladeva fell sick of a disease of which he died. After his death, Krishna learned that his son had died by poison given him by Timmappa Dannayaka, the son of Saluva Timma, and in his anger, he called Saluva Timma and his son Timmappa Dannayaka and Govindaraja, his brother, and many other relatives of Saluva Timma, and made them a speech at the time of the salaam, in the presence of the principal persons of the kingdom. He addressed him thus: "I held you always as my great friend, and now for these forty years you has been governor in this kingdom, which you gave me; yet I am under no obligation to thee for that, because in doing so you did act in a way contrary to your duty. You were bound, since your lord, the king my brother commanded so, to put out my eyes; yet you did not carry out his will nor obey him, but instead you cheated him and the eyes of a goat were put out, wherefore, since you did not fulfill his command, you were a traitor, and your sons with you for whom I have done so much. Now I have learnt that my son died of poison given to him by you and your sons, and for that you are all here made prisoners." Nuniz says that he seized them with aid of the Portuguese. They remained three years in prison. Afterwards he made minister one Kondamarasayya or Ayyapparasa. But, Timmappa Dannayaka escaped from prison and raised revolt. Krishna sent his new minister against him. Timmappa was captured and brought before the king. According to Nuniz, the king then put out the eyes of Saluva Timma and his two sons and imprisoned them. Timmappa died soon and Saluva Timma remained in the prison with his other son Govinda. (Govinda is perhaps only a mistake for Saluva Govindaraja - Krishnasvami Aiyangar)