Posted onMarch 26, 2018
Events of the present topic starts during the viceroyalty of Tirumala, nephew of the emperor Venkata II (1586-1614). Prince Tirumala was the son of Rama, the third son of Tirumala Raya, brother of the celebrated Rama Raya. During the reign of Venkata II, the Kanarese country was under the rule of Tirumala (1585-1610) with his capital at Srirangapatna. At that time some of the chief feudatories of Vijayanagar were the Nayakas of Tanjore, Madura, Vellore, Gingi, Keladi and the Wodeyars of Mysore. Mysore was under the rule of Raja Wodeyar (1578-1617).

Rise of Raja Wodeyar: During the early part of his reign, Raja Wodeyar remained a loyal feudatory of emperor Sriranga Raya I (1572-1585). He appears to have maintained friendly relations with Dalavai Remati Venkataiya, who was in charge of Srirangapatna during the minority of Tirumala. In the first year of Tirumala's rule, Raja Wodeyar paid his first visit to Tirumala, and when asked for the tribute, he replied that it could not be paid owing to the alleged destruction of crops caused by wild cattle. He then got permission from Tirumala to erect in Mysore a fort-wall, to enable him to raise the crops and pay up punctually the annual tribute. No sooner was the permission accorded than the fort wall was raised and the tax collectors of Srirangapatna were expelled from Mysore.

In 1590, Raja Wodeyar paid his second visit to Tirumala. There is an interesting event associated with Raja Wodeyar's capture of Kembal. Raja Wodeyar proceeded to the court at Srirangapatna accompanied by his usual retinue and music. On his way he met Deparaja Wodeyar of Kembal, going to court attended also by music. At this Raja Wodeyar visited Tirumala unattended by music. Asked by the latter why he had stopped the music, Raja Wodeyar replied that "Music is no distinction,if my inferiors are also allowed it". Further, he represented that the superiority and right to the music can be determined in an open contest. Thereafter Raja Wodeyar proceeded against Deparaja, defeated him and took possession of Kembal in the same year.

Between 1592-95, Tirumala was engaged in the war against Virappa Nayaka of Madura. Tirumala's absence from Srirangapatna seemed a favourable opportunity for Raja Wodeyar to advance further. He took many of the neighbouring districts. The growing power of Raja Wodeyar was a threat for Tirumala. In 1596, shortly after his return from Madura, Tirumala made a plot to capture him while Raja Wodeyar was engaged in performing his devotions at the temple of Ranganatha. The plot was however disclosed to the Raja by a faithful adherent of his whereupon he effected his escape to Mysore. Tirumala then decided to lay siege to Mysore. He besieged the town of Kesare, which was under the kingdom of Mysore, but was defeated by the Mysore forces. Among the spoils there was an elephant, which Raja Wodeyar sent back to Tirumala. In 1598, Raja Wodeyar again paid a visit to Tirumala, but refused to pay the tribute on account of the alleged damage caused to his plantations by the officials of Tirumala. He received from Tirumala, a farther grant of land to compensate for the injury.


In 1600, Raja Wodeyar took Arakere, in 1606, Sosale and in 1607, Bannur. Alarmed by the activities of Raja Wodeyar, Tirumala made a second attempt on his life, but without success. 'History Of Mysore' says that, Tirumala sought the help of his uncle the emperor Venkata against Raja Wodeyar. In 1609, Tirumala was attacked and captured by the local chief Lakshmappa Nayaka at Holenarasipura. He had to seek Raja Wodeyar's help, who marched to Holenarasipura and put Lakshmappa Nayaka to flight. By this achievement, Raja Wodeyar rose high in the favour of Venkata. Tirumala in fact went down in the estimation of Venkata by the most humiliating circumstance that he had to be rescued by the very person (ie, Raja Wodeyar) against whom he had to seek Venkata's help. Venkata sent him an order, promising him assurance of protection and probably admonishing him also to retire from his charge of the viceroyalty.

Tirumala's Retreat to Talakadu: In the last action between Tirumala and Raja Wodeyar, Tirumala was defeated and was compelled to retreat towards Malangi near Talakadu. After the retreat of Tirumala, Raja Wodeyar formally took possession of Srirangapatna on 8th February, 1610, apparently with the consent of the emperor Venkata. Srirangapatna, became henceforward the capital of the kingdom of Mysore. Still he acknowledged the sovereignty of Venkata II. In 1612, Raja Wodeyar received Srirangapatna as a grant from Venkata. It would thus appear that Raja Wodeyar obtained the sanction of Venkata for keeping possession of what he actually conquered. He was considered as the real founder of the Wodeyar dynasty of Mysore. This is the story of Raja Wodeyar's conquest of Srirangapatna, however, the story does not end here.

The Curse of Talakadu: 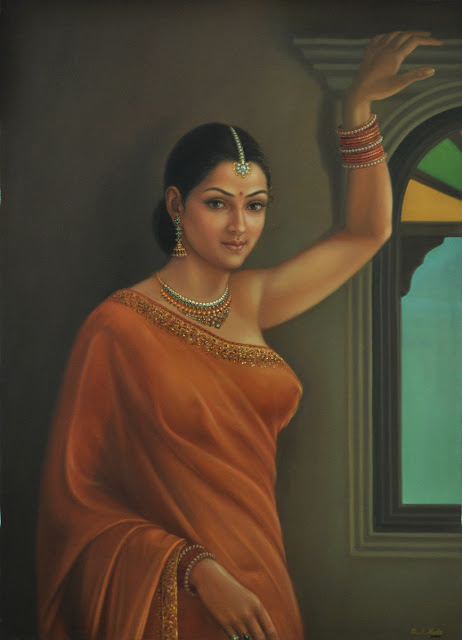 History of A City Buried Under Sands: Tirumala is said to have retired to Talakadu with his two wives Alamelamma and Sri Rangamma. According to the Mysore Gazetteer, one of these died on the way. Let's name her Sri Rangamma.

The sand deserts of Talakadu (in Karnataka) are a strange ecological phenomenon. According to legend, the present condition of the city was caused by the curse of the viceroy's wife, Alamelamma. Popular tradition is that Raja Wodeyar hounded her to death for the sake of her jewels. One legend says thus: Tirumala fell ill seriously at Srirangapatna and came to Talakadu to seek relief by performing certain rites in the temple of Vaidyeshvara. His wife Alamelamma was left in charge of Srirangapatna in his absence. One day she, hearing that her husband's condition had grown worse, handed over Srirangapatna and its dependencies to Raja Wodeyar, and hastened to Talakadu. Raja Wodeyar had been desirous of possessing a costly nose-jewel, which Alamelamma had worn. Unable to obtain possession of it by stratagem, he marched his army towards Talakadu and defeated its ruler. The sick viceroy fell in this action. Saddened by the loss of her husband, Alamelamma went to the banks of the river Kaveri, flung the piece of jewelry into the river, and drowned herself opposite to Malangi, uttering the following curse. "May Talakadu be buried under sand; may Malangi become a whirlpool; may the king of Mysore be childless".

Here's another version of the legend: Alamelamma was an ardent devotee of goddess Ranganayaki. She used to lent her jewels to the temple every Tuesday and Friday to decorate the goddess Ranganayaki. When she accompanied her dying husband to Talakadu, she took the jewels with her and on his death refused to lend them. The temple priests induced Raja Wodeyar to get possession of Alamelamma's ornaments. She again refused, whereupon Raja Wodeyar pointed out that, being a widow she could never wear them; and added that if she refused a third time he would take them by force. Alamelamma sent back only a valuable nose ring. The rest she tied in her waist cloth and uttering the famous curse against Raja Wodeyar and his descendants, flung herself into Kaveri. That night she appeared to the Raja in a dream which he related to his wife. Greatly disturbed at the threatened danger to her husband and six sons the Rani made a golden image of Alamelamma and placed it in a special shrine in the palace, and arranged for elaborate worship of the image every year on the Mahanavami or ninth day of Dasara. (reference: Seringapatnam by Constance E Parsons)


But, there is nothing in the earlier sources to show that Tirumala was suffering from any fatal illness, and that he made any arrangement with Raja Wodeyar for the administration of Srirangapatna. Epigraphical evidence show that Tirumala lived upto 1626. It is strange that all the three curses pronounced by his wife had come true. To this day, the city of Talakadu is buried deep underneath heaps of sand. The Kaveri river generates whirlpools near the village of Malangi even today. Every alternate generation of the Wodeyars has remained childless. Six rulers since the 17th century had adopted sons. 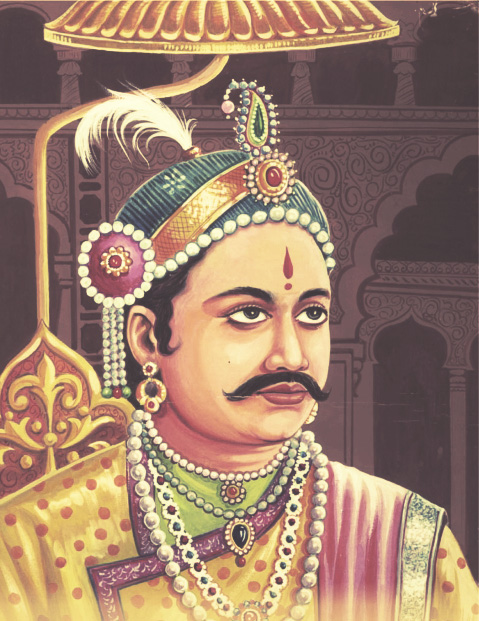 The Aravidu Dynasty of Vijayanagar by Father Henry Heras