Posted onJuly 03, 2018
Sultan Iltutmish had forty Turk slaves, which is known as the Chihalgani or Chalisa. All of them had attained the rank of an amir (Khan). These Forty shamsi slaves entered into a solemn agreement to support each other, and on the Sultan's death to divide the empire among themselves. Afterwards jealousies and dissensions arose among them. During the period of Iltutmish's weak successors, they grew powerful. They divided the wealth and power of the kingdom among them, so that the country was under their control. No one acknowledged inferiority to another. In possessions, display, grandeur and dignity, they competed with each other, "What are you that I am not, and what will you be that I shall not be?". Balban belonged to the Chihalgani.

Early Life: Balban was the son of a Turkish noble of the Ilbari tribe. When he was young, he was taken prisoner by the Mongols, and sold to a merchant. The merchant took him to Baghdad, where he was bought by Khwaja Jamal-ud-din in 1232. The Khwaja conveyed him to Delhi and presented him to Sultan Iltutmish along with several other Turks. "When the sacred look of that august monarch fell upon Balban under the auspices of his dignity and sagacity, the whole of those Turks were disposed of, and he was honoured with an office before the throne". The Sultan then made him his Khasah-dar (Personal Attendant or falconer). At that time Balban met his brother Kishli Khan Aibak, who was also a servant of Iltutmish. Raziyya promoted him to the office of Amir-i-Shikar (Chief Huntsman). Balban became the Amir-i-Akhur (Lord of the Stables/Master of the Horse), during the reign of Bahram. He also acquired the provinces of Rewari and Hansi. It was Ala-ud-din Masud, who made him the Amir-i-Hajib (Lord Chamberlain). After the marriage of his daughter with Nasir-ud-din Mahmud, Balban was made Vizier with the title of Ulugh Khan (the Great Lord). He became the defacto ruler of Dehi during the reign of Nasir-ud-din. 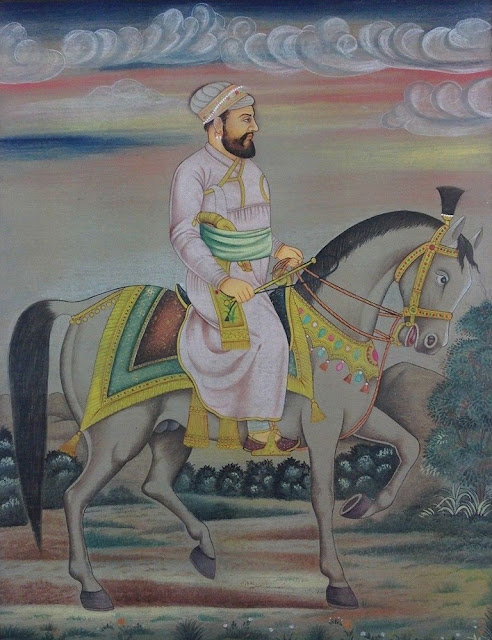 Balban's Activities During the Reign of Ala-ud-din Masud: During the reign of Masud, Balban marched his forces to the Doab and chastised the rebels of Jarali and Datauli. In 1245-46, Manguta, a Mongol general, led an army to the territories of Sindh and laid siege to Uch. Balban represented the Sultan to prepare an army to oppose them. On reaching near Beas, Balban sent messengers with letters to the garrison of the fort of Uch, announcing the approach of the Sultan's army. When the couriers reached Uch, some of these letters fell into the hands of the Mongols. Manguta, hearing of the approach of the army, inquired some prisoners at the fort, why the army of the Sultan marched along the bases of the mountains, for that route was long, while that by way of Sarsuti and Mirat was near. He was answered that on account of the number of island on the river bank there might not be a road for the Sultan's army. When Manguta was convinced that he had not sufficient strength to withstand the Sultan's vast army, he fled.

Balban's Activities During the Reign of Nasir-ud-din Mahmud: In the first year of Nasir-ud-din's reign, Balban marched an army to the Jud hills (Salt Range) against the Rana, who had acted as guided to the Mongols. He ravaged the country as far as the banks of the Indus. All the women, families and dependents of the Mongols took to flight. Meanwhile an army of the Mongols crossed Jhelum, but seeing the forces of Balban, they retreated. Balban then returned triumphant to Delhi. Next year led his forces to the Doab and captured the fort of Nadanah (or Talsandah). He defeated Dalaki wa Malaki, the Rana between the countries of Kalinjar and Karra, and collected much spoil. In 1248, Balban marched to Mewat and Ranthambore, plundered the country of Rana Nahar Dev and returned with large booty. In 1251, Balban marched towards Malwa and Kalinjar and overthrew Rana Chahar Ijari. Between 1253-54, Balban was deprived of his vizier-ship. During that time, he led and expedition to Ranthambore, Bundi and Chittor, and after defeating Rana Bahar Dev, returned with vast booty. By the efforts of Balban, the Sultan quelled the rebellion of his step-father Kutlugh Khan (1255). In 1257, the Mongols under Sali Noyan entered Sindh and destroyed the citadel of Multan. On hearing the approach of Balban's troops, they fled. Balban's last campaign during the reign of Nasir-ud-din was against the rebels and Hindus of Kohpayah (Mewat) in 1260.

Arrival of a Mongol Embassy: Balban represented the Sultan that the Mongol ambassadors of Hulagu Khan from Khorasan should be brought to the court. They were given a grand reception at Delhi. Seeing the vast multitude of armed men and armoured horse, the ambassadors were stricken with fear; at the time of the charge of the trumpeting elephants some of them even fell from their horses. (Nasir-ud-din Muhammad Karlugh, a feudatory of the Mongols, attempted to effect an alliance between his daughter and a son of Balban. Balban sent a messenger bearing the answer to Nasir-ud-din Karlugh at Banian, who sent him to Hulagu at Iraq. Hulagu treated the messenger with honour and showed him great consideration. Balban likewise wished to return the favour to Hulagu's emissaries. We are not sure whether this matrimonial alliance took place as Minhaj-i-Siraj has not given the history of the last 6 years of Nasir-ud-din Mahmud.) 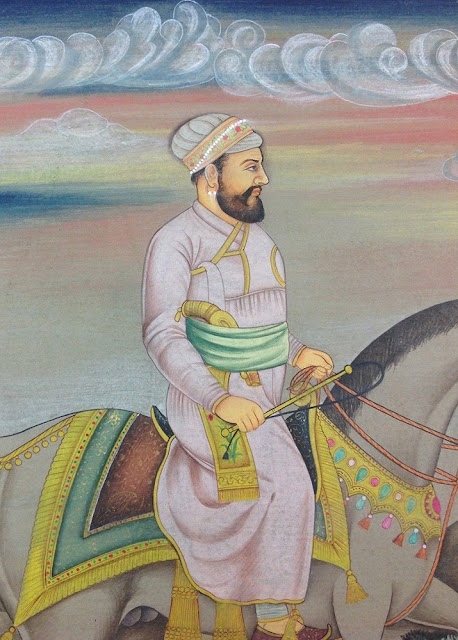 Ibn Battuta tells an interesting story about Balban: Sultan Shams al-Din Iltutmish sent a merchant towards Samarkand, Bukhara, and Turmuz to buy slaves. A hundred slaves were purchased and Balban was among them. When they were presented to the Sultan, they all pleased him except Balban, who was of despicable appearance. The Sultan said, "I will not take this one," but the slave cried, "Your Majesty, for whom have you bought these slaves?" The Sultan laughed and said, "I have bought them for myself." Balban replied, "Then buy me for the sake of God." The Sultan said, "I will". He then purchased him and placed him among the rest. Balban was treated with contempt and placed among the water-carriers. Some astrologists told the Sultan that one of his slaves will seize the kingdom from his son, and will overpower him. But, the Sultan paid no attention to it. Finally, the astrologers spoke to the chief queen of the Sultan. When she told the Sultan of it, he sent for the astrologers and asked them if they can recognize that slave. They replied, "Yes!". The Sultan ordered all his slaves to be brought out, and reviewed them. The astrologers looked at each of them and said, "We have not seen him yet". When it was one o'clock in the afternoon, the water-carriers, who were hungry, collected some money and sent Balban to the market to buy food. In that market Balban did not find what they wanted, so he went to another market and was delayed. When it came to the turn of the water-carriers to be passed in review, Balban had not turned up as yet. His companions put his water-bottle and pot on the shoulders of another youth, and presented him as Balban. When the name of Balban was called, this youth passed before the astrologers, and the review was over while the astrlogers could not find the face they sought. Balban came after the review was over, for it was the will of God that his destiny should be accomplished. Later on, due to his abilities Balban was made chief of the water-carriers. Subsequently, he entered the army and became an amir.

According to Major Raverty, Ibn Battuta had mixed up an anecdote respecting the Atabeg of Azerbaijan, and that related of Iltutmish into one delightful jumble.
Share
Post a Comment
Labels#Delhi Sultans
Newer
Older