Posted onJune 30, 2018
Ghias-ud-din Balban (1266-1286) was the ninth ruler of the early Turkish empire of Delhi, popularly known as the Slave dynasty. He was one of the Forty slaves (Chihalgani) of Sultan Iltutmish. Please read my previous post about Balban's personal characters and his last days. In this post, you can read about the conquests of Balban and the Mongol invasions occurred during his reign.


He removed the Chihalgani, re-organized the administration and prepared a well-trained army. In a short time all his country became flourished. Even though the Chihalgani was destroyed, many of them were still occupied high positions in the court. Some of these old Shamsi slaves advised Balban to conquer distant countries like the Sultans, Aibak and Iltutmish did. Balban replied that in order to protect the country from the Mongols, who invaded it every year, he could not leave Delhi to conquer distant provinces. "These Mongols have established themselves in Ghazni, Turmuz and Mawarau-n Nahr. Hulagu Khan, the grandson of Genghis Khan, with a vast horde, has subdued Iraq and occupied Baghdad. These accursed wretches have heard of the wealth and prosperity of Hindustan, and have set their hearts upon conquering and plundering it. They have taken and plundered Lahore, within my territories, and no year passes that they do not come here and plunder the villages. They watch the opportunity of my departure on a distant campaign to enter my cities and ravage the whole Doab. I have devoted all the revenues of my kingdom to the equipment of my army, and I hold all my forces ready and prepared to receive them. I never leave my kingdom, nor will I go to any distance from it." Balban devoted all the revenues of the kingdom to establish a well-trained army. He always kept a standing army to prevent any sudden Mongol invasions. He used to take his army for hunting 'exercises'. When Hulagu Khan heard of Balban's habit of hunting, he said, Balban was a sagacious king; outwardly he showed the people that he went hunting, but he really took riding exercise and gave his troops system and order. When Balban heard this, he was pleased and praised Hulagu's discernment, and said that those only knew how to govern kingdom who had conquered and ruled them.

During the first year of his reign, Balban ravaged the jungles and routed the Mewatis, who were robbers. The daring of the Mewatis in the neighbourhood of Delhi was carried to such an extent that the western gates of the city were shut at afternoon prayer, and no one dared to go out of the city in that direction after that hour, whether he was a pilgrim or with the display of a sovereign. At afternoon prayer the Mewatis would often come to the Sar-hauz, and assaulting the water-carriers and the girls who were fetching water, they would strip them and carry off their clothes. These daring acts of the Mewatis had caused a great ferment in Delhi. After overthrowing the Mewatis, he built a fort at Gopalgir (Kawalkar or kilogari) and established several posts. He also erected strong forts in Kampil, Patiyali and Bhojpur. The fort of Jalali was repaired. All these forts were placed in the charge of Afghans. Next, Balban marched towards Rohilkhand and suppressed the Kateheri rebels. Badauni says that, Balban inflicted such chastisement that till the reign of Jalal-ud-din Khilji the territory of Budaun and Amroha remained safe from the ravages of the Kateheris. Balban then marched to the Jud hills (Salt Range) and plundered the country. At Santur, he built a fort Makar-Khachuri (or Hisar-i-Nau). Balban also rebuilt the fort at Lahore which the Mongols had destroyed during the reign of Bahram. 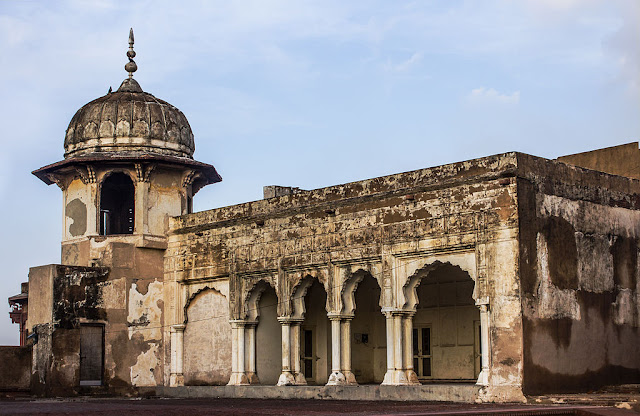 Four or five years after the accession of Balban, Sher Khan, the cousin of Balban and one of the Forty slaves of Iltutmish, died. It is suspected that Balban poisoned him. Sher Khan had been a great barrier to the inroads of the Mongols, and had many times utterly routed them. After Sher Khan's death, Balban bestowed Samana and Sunam on Tamar Khan, who also was one of the Forty Shamsi slaves. Sher Khan was an able general, but his successors were incompetent, so that the Mongols recommenced their attacks. In order to remedy this, Balban sent his eldest and favorite son Prince Muhammad (also known as Khan-i-buzurg, Kaan Khan, Qaan-i-Mulk, Khan-i shahid, Martyr Prince) to Multan. Before going to Multan, Prince Muhammad was made the heir-apparent and the government of Sindh was conferred on him. In the same year, Balban made his younger son Kurra Khan also known as Bughra Khan, entitled Nasir-ud-din, the governor of Samana and Sunam. But unlike his brother, Bughra Khan was a pleasure-loving prince.


Rebellion of Tughril: After some time, Balban fell sick and as he remained unseen, the news of his death was spread. Tughril, the governor of Lakhnauti, declared himself independent. Hearing of Tughril's revolt, Balban sent his officers to put down the revolt, but did not succeed. Finally Balban himself took the field and victory achieved over Tughril. Balban was unmerciful to rebels. He inflicted capital punishments on all the sons, son-in-laws, relatives, servants, followers and friends of Tughril. Barani observes that such punishment as was inflicted on Lakhnauti had never been heard of in Delhi, and no one could remember anything like it in Hindustan. Balban then conferred Lakhnauti on Bughra Khan and advised him about his responsibilities, and warned him against pleasure. He told him, "If ever designing and evil-minded persons should incite you to waver in your allegiance to Delhi, and to throw off its authority, then remember the vengeance which you have seen exacted in the baazar. Understand me and forget not, that if the governors of Hind or Sindh, Malwa, Gujarat or Lakhnauti shall draw the sword and become rebels to the throne of Delhi, then such punishment as has fallen upon Tughril and his dependents will fall upon them, their wives and children and all their adherents."

During Balban's reign Mongol invasion occurred twice. In 1279, an army of the Mongols crossed the Beas. They sustained a severe defeat by the troops of the Princes Muhammad and Bughra Khan.


Death of Prince Muhammad: In 1285, Samar (Itimar, Tamar, Taimur Khan), reached Lahore to take vengeance upon the defeat of the Mongols in the former campaign. Prince Muhammad proceeded to Lahore to oppose them. The Mongols fled and were pursued. Ferishta tells the said story of the Prince's death: Prince Muhammad, fatigued by the pursuit, halted on the banks of a stream to drink, and having sated his thirst, fell prostrate upon the ground, to return God thanks for his victory. At this time a Mongol chief, who had concealed with two thousand horse in a neighbouring wood, rushed upon his party. They defended themselves desperately but in the end, the Prince, who had severely wounded, fell, and in a few minutes expired. 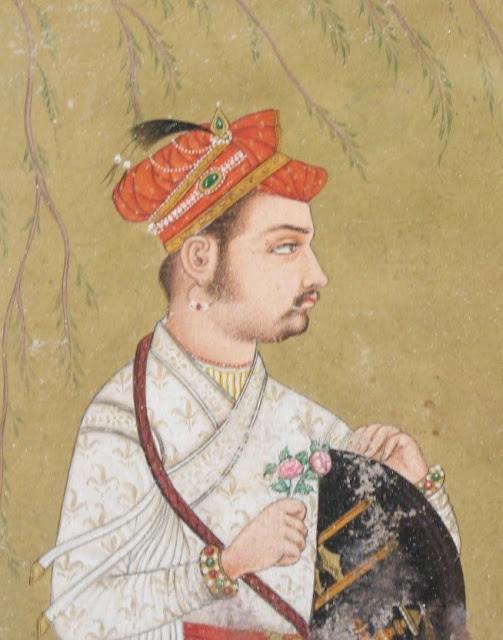 Tales of Balban's Justice: Malik Faiz Shirwani, the governor of Budaun, put to death one of his servants, in a state of drunkenness. The man's widow complained to the Sultan. Malik Faiz was beaten to death before the whole court. Another instance was Haibat Khan, the governor of Oudh, killed a man while intoxicated. Balban punished him by a public whipping of 500 lashes, and was given over as a slave to the widow of the deceased. Haibat Khan finally procured his release by paying 20,000 silver tankas.