Posted onJuly 27, 2018
Jalal-ud-din Firoz Khilji is regarded as the most humane Sultan of Delhi. He never punished rebels or thieves. Due to the gentleness of the Sultan, many disaffected nobles had conspired against him. To prisoners, who deserved severe punishments, he gave pardon and good advices. He often said that he could not shed the blood of a Musalman, especially, the adherents of his old patron Balban. But, Sidi Maula, a dervish, was brutally executed, suspecting conspiracy.

Sidi Maula had come to Hindustan from Persia, to visit Shaikh Farid Shakar Ganj, a famous philosopher, at Ajodhan (now Pakpattan). In the reign of Balban, Sidi Maula came to Delhi. Before his departure, the Sheikh advised him, not to cultivate any intimacy with the maliks and amirs of the court; otherwise it would prove fatal to him in the end (But Sidi Maula could not preserve himself!). After arriving Delhi, Sidi Maula built a monastery for travelers, fakirs and the poor, and opened the doors of charity. He performed prayers, but never attended the public prayers on Fridays. He had no wife or servants, and lived upon rice only (or dry bread and pot herbs). He never accepted gifts from anyone; nor he had any pension; yet his expenses in charity, were so great. People were amazed at his excessive charity. They credited him with alchemistic powers (the art of converting ordinary metals into gold), and used to come in crowds. In the reign of Jalal-ud-din Khilji, he became still more lavish, and bestowed larger sums in charity. In the meanwhile, Malik Fukhr-ud-din Kotwal died, who had long supported many of the ancient families of the time of Balban, at his private expense. After his death, they became reduced to poverty. All these now depended Sidi Maula for their maintenance. Ferishta says that the Sidi displayed more magnificence in his feasts than the princes of the empire; he expended daily upon the poor, about 1000 maunds of flour, 500 maunds of meat, 200 maunds of sugar, besides rice, oil, butter and other necessities. Most of the amirs and maliks of Jalal-ud-din became his disciples, including his eldest son, the Khan-i-Khanan. 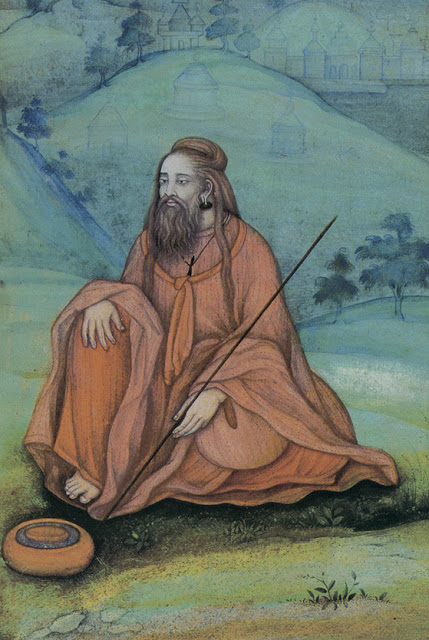 Jalal Kashani, a Kazi, and many discontented nobles used to worship at his monastery. The Kazi began to inspire Sidi Maula with ambitious views. He told him that people looked on him as sent by God to deliver the kingdom from the tyranny and oppression of the Khiljis, and to bless Hindustan with a wise and just government. The Maula, deluded by the ideas of royalty, began to bestow titles and offices upon his disciples. He engaged two of his followers, to join the Sultan's retinue on Friday, as he went to the public mosque, and to assassinate him; while he himself prepared about 10,000 of the Sultan's adherents to support his usurpation. However, one of his followers, went to the Sultan and disclosed the plot.


Sidi Maula and the Kazi Jalal Kashani were seized and brought before the Sultan. However, they persisted in their innocence. No other witness came forward against them. In short, no offence was proved against the Maula. The Sultan then ordered a great fire to prepare in the plains of Baharpur, and ordered Sidi Maula and the Kazi to walk through the flames to prove their innocence. The Ulama said to the Sultan that ordeal by fire was contrary to the law. They also opinioned that the evidence of one eye-witness is not sufficient to convict the accused. Therefore, the Sultan deposed the Kazi to Badaun and imprisoned the Maula. He ordered to execute the two assassins. He also banished a number of well-wishers of the Maula to distant parts of the country.

While the kotwals were carrying Sidi Maula through the court to prison, the Sultan pointed him out to Shaikh Abu Bakr Tusi, the chief of the sect of Qalandars (Sufi dervishes), and said, "Behold the man who was projecting such an evil against us. I therefore leave him to be judged by you, according to his deserts". Hearing these words Bahri, a Qalandar, jumped forward, and struck the Maula several blows with a razor. The dervish told him to be more fast in sending him to God. He then addressed to the Sultan, "I am rejoiced that you have thought of putting a period to my life; yet it is sinful to distress the pious and the innocent; and be assured that my curse will lie heavy upon you and your unfortunate posterity". Hearing these words, the Sultan became confused. At that time, Arkali Khan, the second son of the Sultan, who hated the Maula for his intimacy with his elder brother, the Khan-i-Khanan, ordered an elephant driver to advance and trample Sidi Maula to death.

According to Yahya, Nizamuddin, Barani and Badauni, the Sultan words to the Qalandars were, "Oh Dervishes, Avenge me on this tyrant!". Badauni, Nizamuddin and Yahya further says that Bahri shaved off the holy man's whiskers to the chin, and stabbed him in the side with sack-maker's needles. After that, Sidi Maula was thrown under the feet of an elephant by the command of Arkali Khan. It is said that the Maula, a month prior to this incident, used to sing the following verses:

"None but the excellent are slaughtered in the kitchen of love;
The lean, the old and the ugly they kill not.
Flee not, Oh! sincere lover! from slaughter,
He whom they slay not is no better than a corpse!" 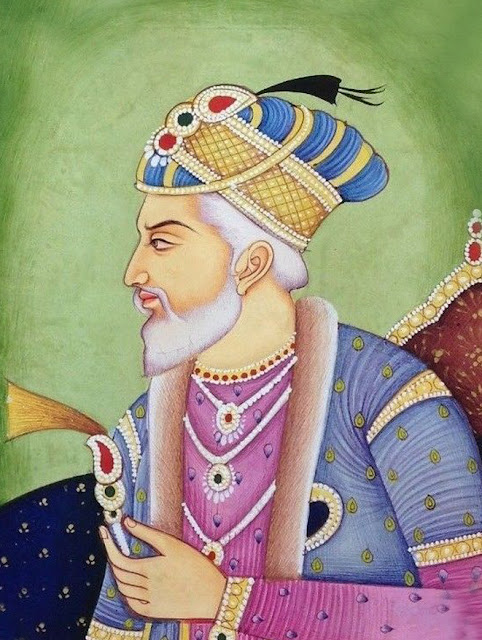 Barani says that this most humane king, who had pardoned every others, could not bear the plotting of a dervish. Upon the death of Sidi Maula, a black storm arose which made the world dark. Troubles afterwards arose in the state. There was a scarcity of rain, and famine occurred in Delhi. The Hindus, in the extremity of hunger, drowned themselves in the Yamuna. People considered these signs as proofs of the Maula's sincerity. Sometime after the death of Sidi Maula, the Khan-i-Khanan became seriously ill and died in a few days.
Share
1 comment
Labels#Delhi Sultans
Newer
Older