Posted onJuly 22, 2018
Jalal-ud-din Firoz, son of Malik Yaghrish Khilji, was the Sarjandar (Head of the royal bodyguard) in the reign of Balban. At that time, he held the territory of Kaithal and the deputy-ship of Samana. Sultan Qaiqabad, after the removal of Nizam-ud-din, made him the Aariz-ul-Mumalik (Muster-Master General) with the title of Shaista Khan. He was then assigned the fief of Baran. Malik Aitamur Kachhan was made Barbak and Malik Aitamur Surkha the Vakildar. When Qaiqabad was affected with Paralysis, these three officers rose into power and divided the government among them. At this juncture, the Balbani officers placed Kaimurs, the infant son of Sultan Qaiqabad, on the throne. Upon this, the nobles split into two factions; the Turks supported the young king, while the Khiljis supported Jalal-ud-din Firoz. Jealous of the power of the Khiljis, the Turks, headed by Aitamur Kachhan and Surkha, decided to get rid of them. They prepared a list of such names, and Jalal-ud-din was the first in that list. 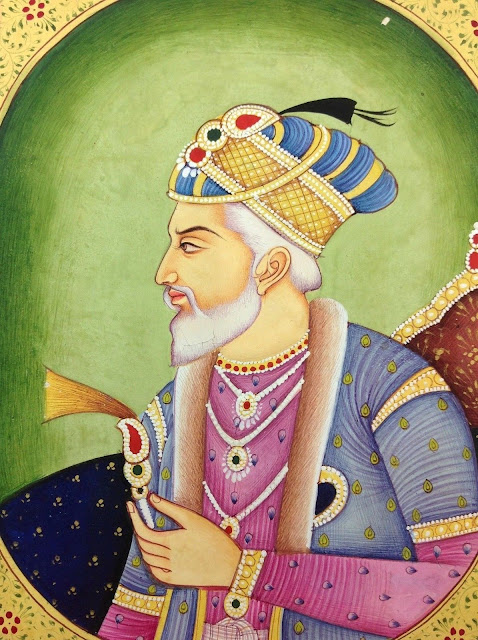 Jalal-ud-din's Way to the Throne:

Jalal-ud-din was informed of this conspiracy by Malik Ahmad Chap, the Amir-i-Hajib of Aitamur Kachhan. He left Delhi and assembled all his kinsmen and followers and prepared an army at Baharpur. Aitamur Kachhan was deputed by the Turkish party, to invite Jalal-ud-din to a conference with the sick Sultan, and a plot was formed for his assassination. Aitamur Kachhan proceeded to Baharpur to invite Jalal-ud-din to Delhi as part of the plot. Jalal-ud-din, who was aware of this plot, murdered Kachhan at the door of his tent. Next day, Jalal-ud-din crossed the river Yamuna and with his army and prepared for action. The Turk maliks and amirs came out to oppose him. Sultan Qaiqabad, who could not ride on a horse, was carried to top of the palace by some of his attendants. Malik Jhaju (brother's son of Balban) cried out, "We wish to place Sultan Qaiqabad upon a boat and take him to his father at Lakhnauti and to place Sultan Kaimurs on the throne". In the meanwhile, Jalal-ud-din's sons made an assault upon the camp and seized the prince Kaimurs together with the sons of Malik Fukhr-ud-din Kotwal and carried them off to their father. They killed Malik Aitamur Surkha, who was pursuing them. When this exploit became known in the city, the people of Delhi, who did not like the Khiljis, assembled before the city and prepared to attack Jalal-ud-din and rescue the infant prince. But Malik Fukhr-ud-din Kotwal turned them away and dispersed them in order to save the prince as well as his own sons, who were in the custody of Jalal-ud-din. Several Turk maliks and amirs now joined Jalal-ud-din, and the Khilji force increased. Jalal-ud-din then sent an assassin to Kilokhari to murder the Sultan. Friends and opponents now came to terms with Jalal-ud-din, who was escorted from Baharpur, and was seated on the throne of Kilokhari. With the death of Sultan Qaiqabad, the first Turkish empire of Delhi, popularly known as the Slave dynasty came to an end.

Before Jalal-ud-din's accession, he had acted as deputy of the prince Kaimurs for about three months. Yahya gives a slightly different account of this: After placing Kaimurs on the throne, Jalal-ud-din said to Malik Jhaju, "This prince is like a son to you; he has become the Sultan, be his representative. Let me have the districts of Multan, Bathinda and Dipalpur so that I may depart this very moment." But Jhaju replied, "The vizirate and the vice-regency will suit you best; let me have the fief of Kara so that I may go there." Fukhr-ud-din Kotwal also supported him; he addressed to Jalal-ud-din, "The Just and Great God has created you for abundant wealth. Do what Malik Jhaju says." After this Malik Jhaju was sent to Kara. On the expiry of three months, Malik Aitamur Surkha and some of the Balbani slaves tried to free up the prince Kaimurs from the control of Jalal-ud-din, and also to assassinate him. When Jalal-ud-din got knowledge of this, he sent his son Hisam-ud-din to seize Kaimurs. Aitamur Surkha who had set out in pursuit of the prince, was killed by Ikhtiyar-ud-din, eldest son of Jalal-ud-din. Meanwhile, Jalal-ud-din took Kaimurs to Kilokhari and confined there. He then ascended the throne. Kaimurs died while a prisoner, but according to some other historians, Kaimurs was put to death.

Let's take a look at what historians say about the origin of the Khiljis. Zia-ud-din Barani says that Jalal-ud-din came of a race different from that of the Turks. According to Nizam-ud-din Ahmad, the Khiljis were the descendants of Kalij Khan, a son-in-law of Genghis Khan. Khalij Khan had an unpleasantness with his wife, but he was afraid of throwing her off on account of the power of his father-in-law. Khalij Khan finally throw off his allegiance to Genghis Khan, and settled down with his tribe in the hills of Ghor and Gurjistan. When the rulers of Ghor conquered Hindustan, the Khiljis came to Delhi and settled here. The father of Jalal-ud-din and the father of Sultan Mahmud of Malwa were grandsons of Khalij Khan. According to Haji-ud-Dabir, quoted by Upendra Nath Day, Khalij, a son-in-law of Genghis Khan, not being able to live with her, separated himself with 30,000 horsemen and took his residence in Kabul. But subsequently he returned to Samarkand after the death of Genghis Khan. Tulak Khan, the youngest son of Khalij, embraced Islam and took up his residence in Kunduz. After the death of Tulak, his two sons, Nasir-ud-din and (Jalal-ud-din) Firoz, migrated to India during the reign of Sultan Balban. Nasir-ud-din's son Ali Sher was the father of Malik Mughith who was the father of Sultan Mahmud Khaiji of Malwa. Shihab Hakim mentions Firoz as the son of Amir Muhammad Beg, the son of Tulak Khan. During the disturbances caused by the Tatars, Firoz and his cousin, left Kunduz for Delhi and entered the service of Iltutmish. According to the author of Saljuq-Nama, quoted by Nizam-ud-din, Ferishta and Badauni, the Khiljis were descended from Khalj, one of the eleven sons of Turk, the son of Japheth, the son of Noah. Ferishta says that the Khiljis existed earlier to the time of Genghis Khan for they are often mentioned in the history of the kings of Ghazni.

According to modern historians like Dr. A.L. Srivastava and K. S. Lal, the Khiljis were originally Turks. Khalj is the name of the land lying on either side of Helmand River in Afghanistan, and the inhabitants of that region were known as Khaljis. Jalal-ud-din's ancestors, after having migrated from Turkestan, had lived for over 200 years in various parts of Afghanistan, and had adopted some Afghan manners and customs. Therefore, they were wrongly looked upon as Afghans by the Ilbari Turks in India. Some of them came to India as soldiers in the armies of the Sultans from Ghazni and Ghor and many more arrived as refugees during Mongol turbulence in Central Asia and Afghanistan. Here they were regarded as non-Turks. Malik Yaghrish Khilji, the father of Jalal-ud-din, was a soldier of some rank in the army of Balban. Before becoming the Sultan, Jalal-ud-din had fought with the Mongols for many years. 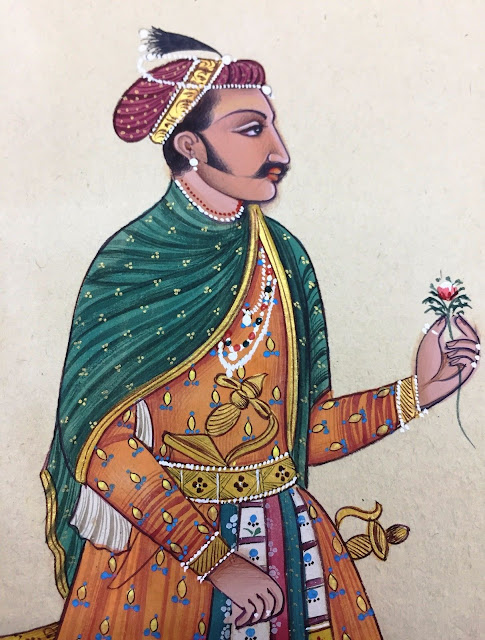