Ala-ud-din Khilji's Accession to the Throne of Delhi

Posted onAugust 03, 2018
Sultan Jalal-ud-din Khilji (1290-1296) was brutally murdered by his nephew Ala-ud-din in 1296. When this news reached Delhi, the Malika-i-Jahan (Queen) proclaimed her youngest son Qadr Khan, under the title of Rukn-ud-din Ibrahim, to the throne.

Arkali Khan was the second son and the heir of Jalal-ud-din Khilji. He was a brave warrior, who successfully suppressed the rebellion of Malik Jhaju, the nephew of Balban. Barani mentions that if Sultan Jalal-ud-din got angry with any of his subjects, he threatened them with Arkali Khan, who was a hot-tempered man. When Jalal-ud-din led army to Ranthambore and Mandu, Arkali Khan managed the affairs of Kiloghari in his absence. Instead of placing this prince on the throne, the queen placed Qadr Khan, who was yet a boy. It is said that there had been some dissensions between the mother and the son in the lifetime of the Sultan. When Arkali Khan heard of his mother's unkind and improper proceedings, he was so much hurt that he remained at Multan. Yahya's account is somewhat different; he says that as Arkali Khan committed delay in setting out from Multan, the nobles placed Qadr Khan on the throne. 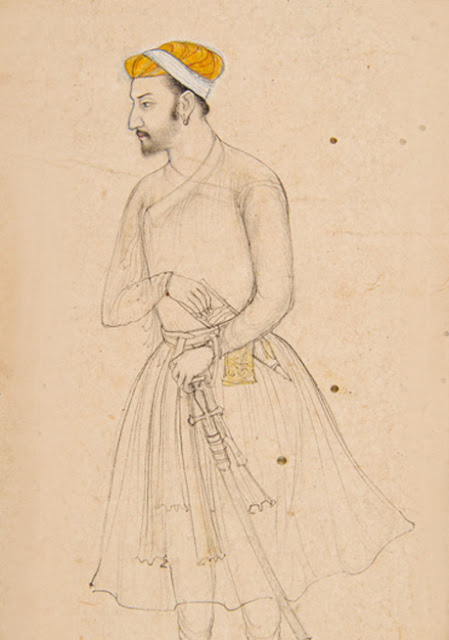 After the murder of his uncle, Ala-ud-din conferred royal titles on his friends and followers. He gave the title of Ulugh Khan to his 'faithful' brother Almas Beg. Three of his chief officers were Nusrat Khan, Zafar Khan and Alp Khan, the brother of his wife Mahru. When Ala-ud-din heard that his one and only rival Arkali Khan had not come to Delhi yet, he was greatly rejoiced. In the very height of the rainy season, he marched to Delhi; throughout his journey from Kara to Delhi, he distributed gold and money to the people, so that when he reached Budaun, his force amounted to sixty thousand. At this critical situation, the queen wrote to Arkali Khan, "I was wrong in placing your younger brother on the throne, while you are still alive. None of the maliks and amirs heed him, and most of them have joined Ala-ud-din. The sovereignty is passing out of our hands. If you can, come to me speedily, take the throne of your father and protect us. You are the elder brother of the lad who was placed upon the throne, and are more worthy and capable of ruling. He will acknowledge his inferiority. I am a woman, and women are deficient in intellect. I committed a fault, but pardon the fault of your mother's error. Come and take possession of the kingdom of your father. If you are angry and will not come, Ala-ud-din is coming with power and grandeur; he will seize Delhi, and will spare neither me nor you". Arkali Khan did not come, but replied, "As the nobles and their retainers have all gone over to the enemy, what good will my coming do?". When this intelligence reached Ala-ud-din, he ordered the drums of joy to be beaten. He crossed the Yamuna and encamped opposite the north-east gate. Rukn-ud-din marched to oppose him, but soon retreated seeing the strength of the enemy's army. Ala-ud-din distributed so much gold and money to the maliks and amirs of the late Sultan, that they now deserted Rukn-ud-din and joined him. Barani says, 'Ala-ud-din covered his horrible crime by scattering honours and gifts upon all classes of people. His gold also induced the nobles to desert the sons of their late benefactor and support him'. Rukn-ud-din and the queen took the way to Multan, accompanied by Ahmad Habib and a few other faithful followers.


Ala-ud-din ascended the throne of the Ruby palace with great pomp in October 1296. The office of vizier was conferred upon Khwaja Khatir. Malik Alau-l mulk, the uncle of Ziauddin Barani, was made the governor of Kara and Oudh. Nasrat Khan was appointed Kotwal of Delhi. (In the second year of his reign, Khwaja Khatir was dismissed and Nasrat Khan was made the vizier. Alau-l mulk became the Kotwal) Malik Fukhr-ud-din Kuchi was raised to the chief justice. Many others were also raised to high offices.

Ala-ud-din now began to concert measures for destroying the sons of the late Sultan. He sent Ulugh Khan and Zafar Khan to Multan with a large force. Arkali Khan and Rukn-ud-din did not came up to oppose them, but shut themselves up in the citadel. Ulugh Khan laid siege to Multan for two months. In the end, the people of Multan betrayed Jalal-ud-din's sons and surrendered the place to Ulugh Khan and Zafar Khan. They proceeded in triumph with the captive princes towards Delhi, but on the way they were met with Nusrat Khan with orders to put out the eyes of the princes, the Mongol Alghu Khan, a son-in-law of Sultan Jalal-ud-din, and Ahmad Habib. Afterwards, the princes were imprisoned in the fort of Hansi and Ahmad Habib and Alghu Khan in the fortress of Gwalior. The two sons of Arkali Khan were killed. Badauni says that the princes were handed over to the Kotwal of Hansi and martyred them together with two sons of Arkali Khan. The Malika-i-Jahan and other ladies of the Sultan's harem were confined at Delhi. People ascribed the destruction of Jalal-ud-din's family to the vengeance of the dervish Sidi Maula. Multan was then bestowed upon Alp Khan.


After the death of Ala-ud-din Khilji, his heir Khizr Khan was blinded by his favorite companion Malik Kafur. Ala-ud-din's wives were also confined. It cant be denied that after Balban, the next powerful ruler of the Sultanate was Ala-ud-din Khilji. Many historians compare Ala-ud-din Khilji to Aurangzeb. Who was the most cruel among the two?

Important Sources of the history of Ala-ud-din Khilji: