Ala-ud-din Khilji's Conquest of Devagiri in 1296

Posted onAugust 05, 2018
During the reign of his uncle Sultan Jalal-ud-din Khilji, Ala-ud-din led an army to the Hindu kingdom of Devagiri, the capital of the Yadava dynasty of the Deccan. Ala-ud-din was then the governor of Kara and Oudh. Ramadeva, also known as Ramachandra Deva (1271-1311) was the Raja of Devagiri at this time. His kingdom was very wealthy and prosperous. Ala-ud-din was badly in need of money as he was tired of the intrigues of his wife (daughter of Jalal-ud-din Khilji) and mother-in-law (Wife of Jalal-ud-din Khilji), and desired to go away to some distant place and live there. Hearing of the wealth and elephants of Devagiri, he collected his forces and marched to conquer it.

Ala-ud-din first marched to Ellichpur (Achalpur) and halted some time for refreshing his army. He then advanced as far as Lasura, about twelve miles from Devagiri, without meeting with any opposition. At that time, the Raja's eldest son Shankaradeva, also known as Singhana, had gone out on an expedition with the bulk of his troops. On the approach of the invader, Ramadeva was in great distress. However, he collected two or three thousand men and sent them under his general Kanhan to Lasura. There lived two women well versed in the art of warfare. They also joined Kanhan with a large retinue. Ala-ud-din was compelled to fall back some distance. The soldiers became surprised at their valour. However, in the second charge Kanhan's forces were defeated. Before marching forward, Ala-ud-din addressed his officers, and gave them the idea of the rough work that lay ahead, "In a country, where women do not retreat before us...I do not know what men would do to us on the battlefield". The soldiers one and all swore for the second time, to fight and win. 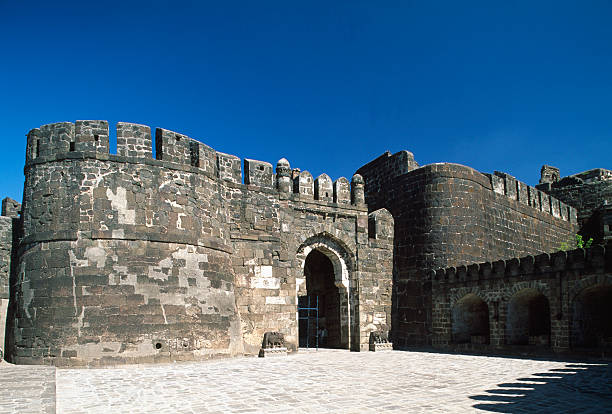 Barani says, 'People of that country had never heard of the Musalmans and no Musalman king had penetrated so far'. Ala-ud-din soon entered Devagiri. The Raja took shelter within the fort. Ala-ud-din invested the fort, and circulated a rumour that he was only the vanguard of the Sultan's army, who were on full march to the place. Hearing this people were frightened. Many Brahmins, merchants and inhabitants of the city were taken prisoners. The Raja gave up all hope of success and opened negotiations for peace. He wrote to Ala-ud-din, "Your invasion of this country was impolitic and rash, but fortunately for you, you found the city unguarded, you have been permitted to range at large. It is however possible that the Rajas of the Deccan, who command innumerable armies, may yet surround you, and not permit one of your people to return from our dominions alive. Supposing even that you should be able to retreat from hence undisturbed, are not the Rajas of Malwa, Khandesh and Gondwana in your way, who have each armies of 40 or 50,000 men? Can you hope they will permit you to escape unmolested?. It is therefore advisable for you to retire in time, by accepting a moderate sum, which with the spoil you have already got, will indemnify you for the expense of your expedition". Ala-ud-din was very glad to accept the proposal. He received fifty maunds of gold, large quantity of pearls and jewels, fifty elephants and some thousand horses. He then released the prisoners and promised to abandon the place. 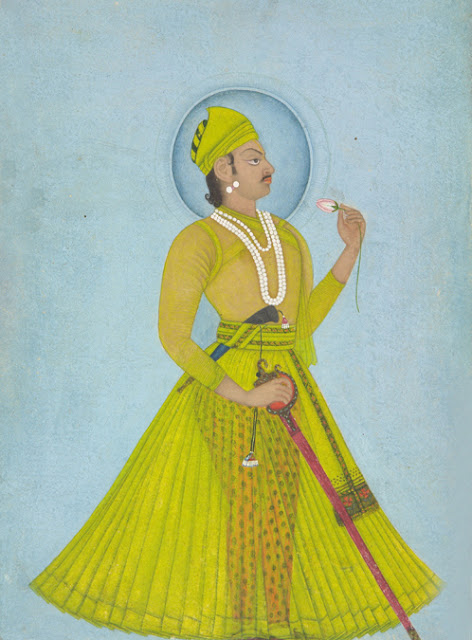 While Ala-ud-din was preparing to retreat, Shankaradeva, who had returned from his expedition, advanced with a large army. Ramadeva informed his son about the peace treaty with the invader. But the prince ignored his father's advice and sent a threatening message to Ala-ud-din, "If you have any love for life, and desire safety, restore what you have plundered and proceed quietly homeward, rejoicing at your happy escape". Ferishta says that Shankara's army amounted to thrice the number of the enemy. Ala-ud-din, who had determined either to conquer or die, divided his army into two; one he sent under Nusrat Khan to invest the fort where Ramadeva lay confined, while he himself marched with the other against Shankara. The troops that were with Ala-ud-din, began to fall back on all sides. On learning the situation of affairs, Nusrat Khan left the citadel and hurried to join his master. The Hindus felt that the Sultan's army, of whom they had been told, was arrived. Panic seized the Hindu troops and they began to flee. Thus victorious, Ala-ud-din renewed the siege with great vigour, and exhibited the garrison many of the Raja's kindred, who had been taken prisoners in the action. The Raja sent expresses to hasten the succours which he expected from the neighbouring Hindu Rajas of Gulbarga, Telangana, Malwa and Khandesh. The great cause of his distress was the lack of provisions. His men had found that the provisions remained in a number of bags, did not contain grain, but salt. The Raja was greatly perplexed. He found no other remedy, but to propose a second negotiation with Ala-ud-din. He wrote to him, "If my son, owing to the folly and petulance of youth, has broken the conditions between us, that event ought not to render me responsible for his rashness".


As per the treaty, Ala-ud-din received six hundred maunds of gold, seven maunds of pearl, two maunds of diamonds, rubies, emeralds and sapphires, one thousand maunds of silver, four thousand pieces of silk, and a long list of other precious commodities. He also demanded the cession of Achalpur and its dependencies. With this enormous booty Ala-ud-din returned in triumph to Kara. Some historians say that Ramadeva also gave his daughter in marriage to Ala-ud-din, who later became the mother of Shahab-ud-din Umar.

It was with this treasure that, Ala-ud-din raised an army, murdered his uncle Sultan Jalal-ud-din Khilji, won over the people of Delhi, and finally became the new Sultan of Delhi.