Posted onSeptember 05, 2018
'The stone-cutters of Hind, who excel Farhad (a famous sculptor in Persian literature) in their art, took out their hatchets and smoothed the stones so artistically, that if imagination had put its feet upon them, it would have certainly slipped. The masons of Delhi, who consider Niman Manzar a novice in the art of building, used their professional skill and joined stone to stone so that there was no danger of any secret crevice or cavity remaining between them...'

Ala-ud-din Khilji was an ambitious ruler, who took the title of Alexander the great (Sikandar-i-Sani). When he extended the Quwwat-ul-Islam Mosque (also known as the Qutub Mosque) of Delhi in 1311 and had the Alai Darwaza constructed, he also wished to build a new Minar in the courtyard of the Mosque twice the size of the Qutb Minar. 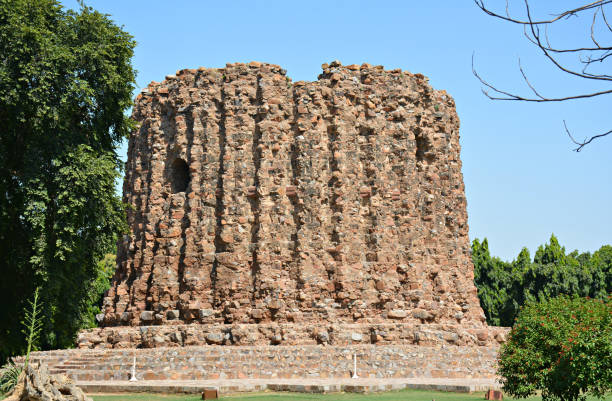 Amir Khusru says, "The Sultan's noble ambition prompted him to build a peer to the high Minar-i-Jami (Qutb Minar), a structure unrivaled throughout the world. The dome of sky was to be bestowed on the new Minar, for it could not rise higher than that. First, he ordered the courtyard of the mosque to be extended as much as possible. Next, in order to make the Minar strong, and to carry it so high that the dome of the old Minar might look like an arch of the new, he ordered its circumference to be twice that of the old Minar". 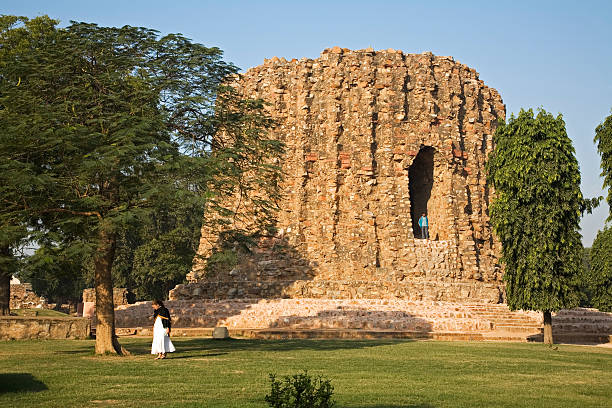 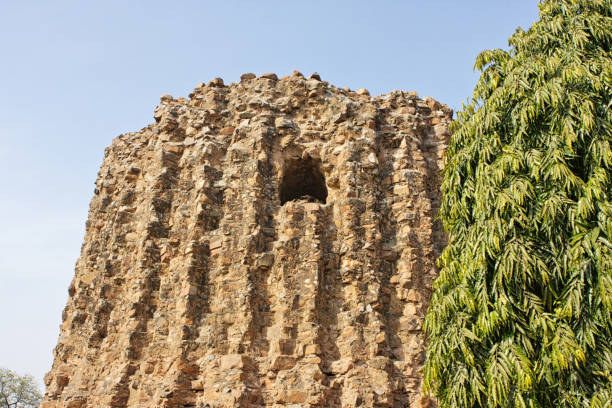 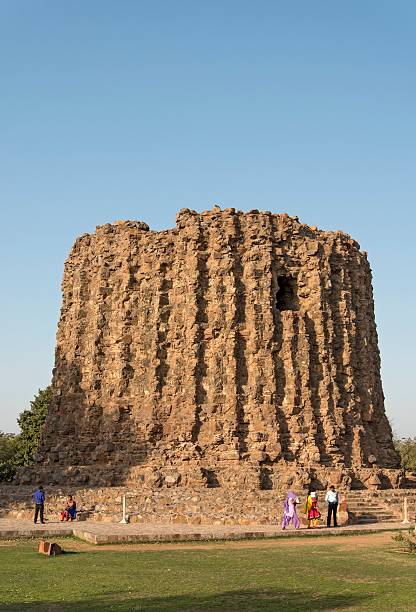 This minaret was left incomplete as Sultan Ala-ud-din died in 1316. Even the first storey had not been finished when he died. His son and successor Qutb-ud-din Mubarak had no interest in completing this beautiful structure. The core of this incomplete Minar still stands to the height of some eighty feet as a silent witness, saddened by the death of its patron Ala-ud-din Khilji.

Ibn Battuta informs us that Sultan Muhammad Bin Tughlaq wished to complete it, but he changed his kind considering its construction as an ill-omen. As for its thickness and the breadth of its staircase, says Ibn Battuta, this minaret is one of the wonders of the world. The staircase is so wide that three elephants at once can mount it side by side. This one-third is as high as the entire minaret of the northern courtyard (ie, the Qutb Minar). 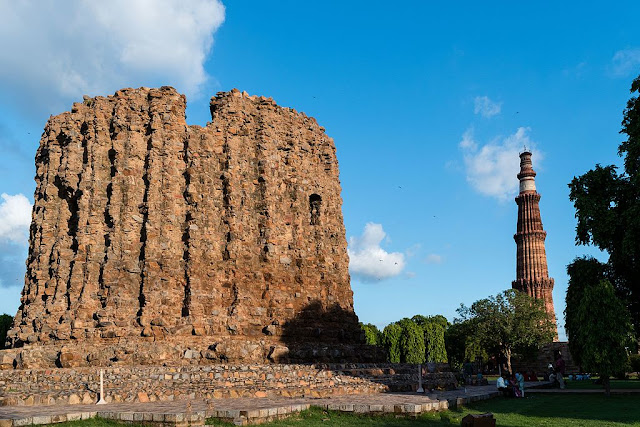