Posted onSeptember 09, 2018
According to legend, when the desire of excavating a reservoir entered the head of Sultan Shams-ud-din Iltutmish (r: 1211-1236), he went to the presence of Khwaja Qutbuddin Bakhtiar Kaki in selecting a proper site for it and asked his advice. Iltutmish went to a number of places, but went away from them all, till he came to the place where the Hauz-i-Shamsi is now situated. When night came, the Sultan saw the prophet in a dream, mounted on a horse in the center of the spot. The prophet asked him, "Shams-ud-din, what you wish?". The Sultan replied, "Oh prophet of God, I wish to excavate a reservoir". He ordered, "Excavate it here". The horse of the prophet struck its hoof into the ground and a spring of water gushed out. The Sultan woke up from his sleep, and while yet the night was not passed, he went to the service of Khwaja Qutbuddin and related to him what had happened. The Sultan took him to that spot and with the light of a lamp they saw that a spring had gushed out.

As the Hauz-i-Shamsi was occasionally dry, Ala-ud-din Khilji (r: 1296-1316) repaired it in 1311. The Sultan ordered to remove sand and mud from the bottom of the tank, raised a pavilion and built a big dome over it.

Following is the description of the Hauz-i-Shamsi given by Ibn Battuta, who visited Delhi in 1334, in the reign of Sultan Muhammad Tughlaq (r: 1325-1350): According to him the tank is about two miles long and a mile broad. "Outside Delhi is a big reservoir called after Sultan Shams-ud-din Iltutmish. The inhabitants of Delhi take their supply of drinking water from it, and it lies near the Idgah of Delhi. On its western side facing the Idgah are built platforms of stone, one higher than another. Under each platform are stairs which help one to get down to the water. Beside each platform is a dome of stone containing seats for amusement and pleasure seekers. In the middle of the tank there is a big dome of two storeys built of sculptured stone. When water rises high in the tank the dome can be reached only by boats, but when the water decreases people walk up to it. Inside the dome is a mosque where one finds fakirs most of the time. When the water on the sides of the tank gets dried up sugarcane, cucumber, sweet calabash, melons and water-melons are grown in it".


Later Firoz Shah Tughlaq (r: 1351-1388) also repaired the tank. Firoz Shah says in his Memoirs, "Some dishonest people had obstructed the channels supplying the Hauz-i-Shamsi and so impeded the flow of water. I severely punished these shameless and foolish people and had the supply channels reopened and the Hauz-i-Shamsi filled again. The Hauz-i-Shamsi became like a river of sweet water on account of abundance of water". 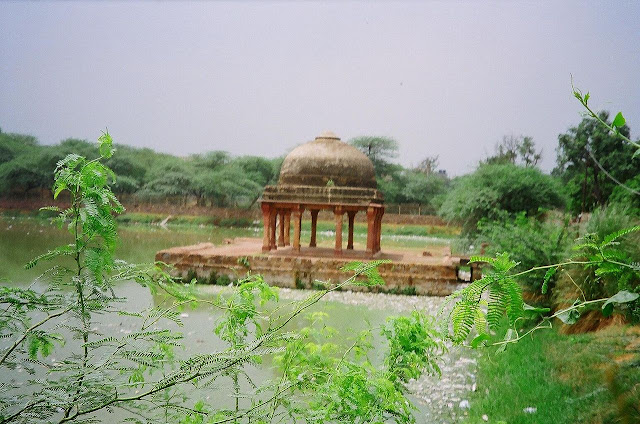 Hauz-i-Khas, also known as Hauz-i-Alai is a water tank built by Sultan Ala-ud-din Khilji for the use of the inhabitants of Siri, a new city built by him. It is located in the Hauz Khas Complex, South Delhi. Ibn Battuta describes this tank as larger than Sultan Shams-ud-din's tank and on its sides are about forty domes. 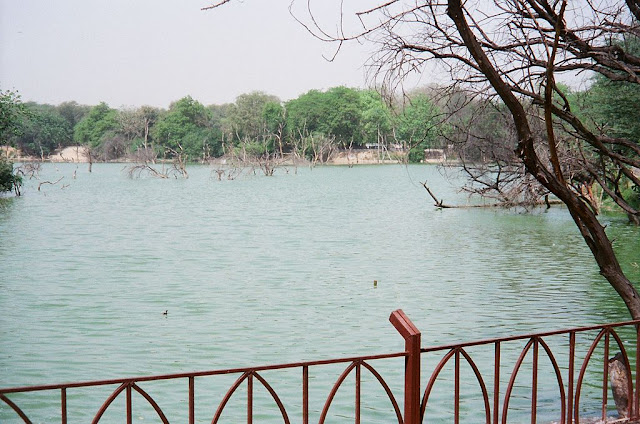 Afterwards it was repaired by Firoz Shah Tughlaq. He says, "People had filled up the Hauz-i-Alai so that for a generation there had been no water in it. Indeed, the inhabitants of the city cultivated their crops there, dug wells and sold water from them, I had it dug out again so that the great reservoir is once more filled with water year after year". Firoz Shah also built several building on its southern and eastern banks, which are known as the Hauz Khas Complex. 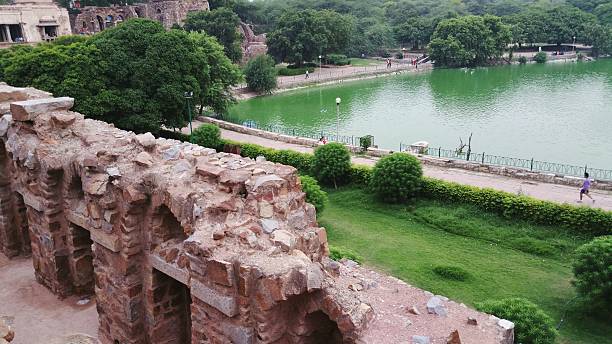 Timur mentioned this tank in his autobiography. He held his court at the Hauz Khas village after his victory over Sultan Mahmud Tughlaq: "This is a reservoir, which was constructed by Sultan Firoz Shah, and is faced all round with stone and cement. Each side of that reservoir is more than a bow-shot long, and there are buildings placed around it. This tank is filled by the rains in the rainy season, and it supplies the people of the city with water throughout the year". Because Firoz Shah re-excavated it, Timur ascribes its construction to that Sultan.

According to latest reports, artificial islands were made to float across the Hauz-i-Khas to soak up the lake's pollutants. But, for the Hauz-i-Shamsi, it is sad that the locals had been using it as a garbage dump yard for years. According to an article on 'The Hindu' published in 2015, Four to five pairs of common mooorhen and 15-20 ducks have arrived there after ages.