Posted onDecember 10, 2018
The kingdom of Kampili in Karnataka, was founded by Mummadi Singeya Nayaka, a general of Raja Ramadeva Yadava of Devagiri. It was a tributary of the Yadava kingdom in the 1300s with its capitals at Kummata and Hosadurga. Shortly after the capture of Ramadeva and the annexation of Devagiri by Ala-ud-din Khilji, Singeya declared his independence. He was succeeded by his son Vira Kampiladeva Nayaka, also called Khandeya Raya. His accession must have taken place about 1313. The whole of the Doab between the Krishna and the Tungabhadra were under his control. Inscriptions show that Kampila and Vira Ballala III, the Hoysala king, were waging wars constantly against each other. 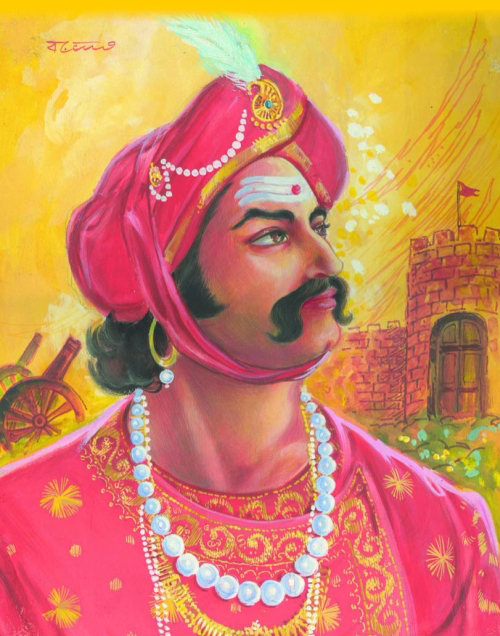 
The first rebellion which occurred in the reign of Muhammad Tughlaq was that of his cousin Malik Baha-ud-din Garshasp, the Inspector General of Forces and the governor of Sagar in Deccan. This rebellion occurred in 1326-27. Ferishta says that Baha-ud-din began to turn his thoughts towards the throne, and gained over many of the nobles of the Deccan to his party. According to Ibn Battuta, Baha-ud-din refused to take the oath of allegiance to Muhammad after his uncle Sultan Tughlaq's death. When Muhammad heard of Baha-ud-din's revolt, he sent the Khwaja Jahan against him; a fierce battle was fought near Devagiri in which Baha-ud-din was defeated, due to the desertion of Khizr Bahram, one of his principal officers, who went over to the royal army during the engagement. He fled with his family and sought protection of Kampila, with whom he had maintained friendly relations.

[Paradara Sodara Ramana Kathe of Nanjunda mentions another reason for Muhammad's attack on Kampili: it says that the Sultan's daughter fell in love with Prince Ramanatha, the favorite son of Kampila, and the Sultan wanted to take the Prince to Delhi for marrying his daughter. But Kampila refused to send his son.]


Muhammad himself arrived at Devagiri and sent the Khwaja Jahan with a force against Kampila. Nuniz says that Kampila was at that time at Nagundy (Anegundi). The Rai defeated Khwaja Jahan in the first two battles, but after the arrival of a fresh reinforcement from Devagiri, Khwaja Jahan engaged a third time with the Raya and defeated him. He was forced to retreat to the fortress of Kummata, where the Sultan's forces began to lay siege. When Kummata was about to be surrounded by the Sultan's army, Baha-ud-din and his family were removed to a place of safety; the Raya said to him, "Matters have reached the pass which you see, and I am determined to destroy myself and my family and all those who follow me". He advised Baha-ud-din to seek protection of the neighbouring king Vira Ballala and sent him with an escort to his court. The women of the Raya and his followers committed jauhar. Thereafter the Raya with his followers went out to meet the Sultan's army and fought till they were killed. [Ferishta says that the Raya was taken prisoner, which is not correct.] Kampila's heroic son Kumara Ramanatha, also died in the battle field, who had played a major role in resisting the Sultan's army. After the death of Kampila, his kingdom was annexed to the Delhi Sultanate and his eleven sons were made prisoners. They all accepted Islam and the Sultan made them amirs and honoured them greatly owing to their father's action. 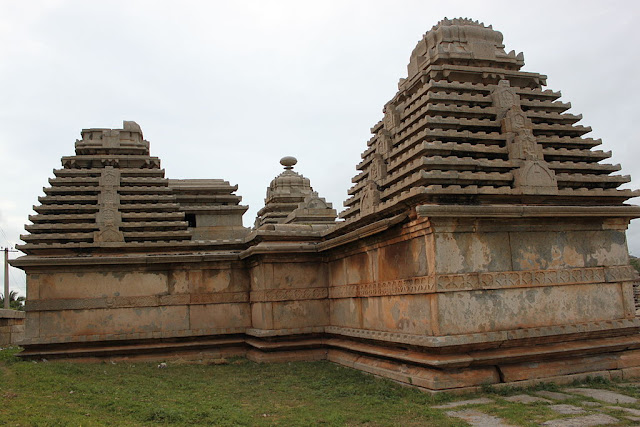 Baha-ud-din then took refugee with Vira Ballala III at Dwarasamudra. The Sultan's troops soon entered Dwarasamudra and laid siege to it. Seeing the misfortunes, Ballala seized Baha-ud-din and delivered him to the Khwaja Jahan, acknowledging at the same time the supremacy of the Sultan. When Baha-ud-din was brought before Muhammad, he ordered him to be taken into the female apartments, who showered abuse on him and spat in his face.

Ibn Battuta narrates the cruel punishment Muhammad gave to Baha-ud-din: Sultan Muhammad ordered him to be flayed alive and his flesh was cooked with rice and sent to his family; the remains of him were thrown to the elephants [but they did not eat it]. His skin was stuffed with straw and was paraded all over the kingdom.