Did Muhammad Tughlaq have a Son?

Posted onDecember 04, 2018
When Sultan Muhammad Tughlaq died at Thatta on 20th March 1351, the Mongols, who had come to assist him, plundered the imperial camp. His cousin Firoz was with him in the camp. Before his death, Muhammad had nominated him his successor. The chief nobles assembled in council and placed Firoz Shah on the throne. Muhammad had left his wazir Khwaja Jahan as the regent of Delhi during his absence; when the Khwaja heard that Sultan Muhammad Shah was dead, and that Firoz Shah had been chosen as his successor by the nobles, he set up the son of Muhammad Shah under the title of Ghiyas-ud-din Mahmud Shah, at Delhi, and himself became the regent. Did Muhammad have a son? 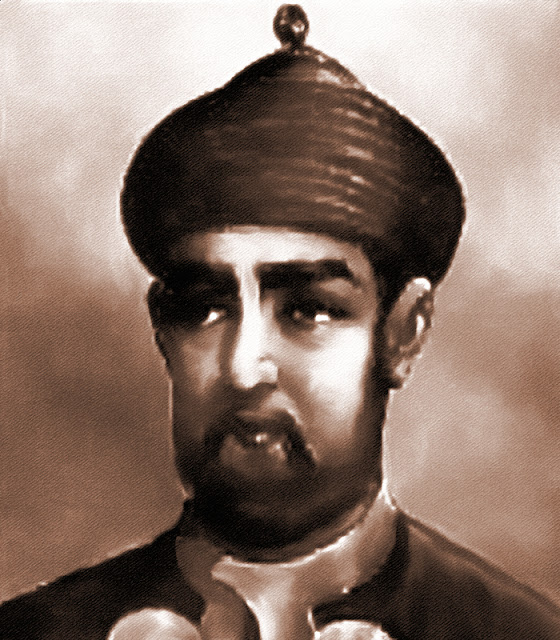 Shams-i Siraj, the historian of Firoz Shah, proves the innocence of the Khwaja Jahan. When the Khwaja Jahan received the intelligence of Sultan Muhammad's death and the attack of the Mongols upon the army, he placed a 'son' of Sultan Muhammad upon the throne. He was also informed that Tatar Khan and Firoz Shah were missing, and it was not known whether they had been taken prisoners or killed by the Mongols. But when the Khwaja heard that Firoz was alive he perceived his error. But he collected an army, and thought his best policy was to be prepared, because in affairs of state no one believes acts like his to be mistakes and errors. So the Khwaja assembled a strong force in Delhi and took men into his service by distributing them large sums of money and jewels.


When all this was reported to Firoz, he called a council of chiefs and nobles, and addressed them, "You all know, how I was the favorite of the late Sultan, and further, you must have heard, how Khwaja Jahan has placed on the throne a young lad as the so-called son of Sultan Muhammad. If the late Sultan had any issue left I might have been in the know, and if he had any son he must have had placed him under my guardianship, for, none was a better patron or a friend of his than I". They unanimously agreed that Sultan Muhammad Shah had no son, but only a daughter. Where had the Khwaja Jahan found the pretended son? They spoke expressing their astonishment at the Khwaja's error. Firoz asked their advice in the proper step to be taken. Maulana Kamal-ud-din replied, "Whoever has undertaken the duties of the empire ever since the beginning has the priority of claim, and he is the sovereign". Firoz Shah then resolved upon marching to Delhi. When the news of Firoz's approach reached Delhi, most of the Khwaja's followers went over to Firoz and joined his army. When the Khwaja learned this, he decided to go to the Sultan and make his submission. He proceeded to Fatehabad, and went to Firoz's presence with a chain around his neck, a cap on his head, and a naked sword fastened to his throat, and took his standing low down among the attendants. He explained to him that when he heard that Sultan Muhammad was dead, that the Mongols were pressing on, and that Firoz Shah and Tatar Khan were missing, he acted as he thought best for the public welfare and the safety of the country. He then went on to say that during the late reign he had called Firoz his son, and had been addressed by him as father, and his wives had been in the custom of going to the house of Firoz. When Firoz was convinced of the Khwaja's innocence, he was desirous that no evil should come to him, and wished to reinstate him as wazir, but the nobles and officials opinioned that it was improper to look over such a political offence, for, the Khwaja, in his inordinate thirst for distinction, had raised a child to the royal dignity, and had squandered vast wealth among the people. The Khwaja Jahan was afterwards put to death by them. Other historians states that the Khwaja Jahan was made over to the kotwal of Hansi and the boy whom the Khwaja had proclaimed was banished to Bathinda.


Only Ferishta believes that the so-called boy was actually a son of Muhammad Tughlaq. He states thus, "When Firoz called a council of the officers of his court and asked them whether they knew of the existence of any male descendant of Muhammad Tughlaq, they declared that if Maulana Kamal-ud-din did not know of any person, no one else could. Maulana Kamal-ud-din replied that though there should even be any of his issue, it was now advisable to stand by what was already done. I think, therefore, there is strong reason to believe that the youth who was set up at Delhi was actually a son of Muhammad Tughlaq, though it was at that time deemed prudent by the nobles not to recognize him".

Ziauddin Barani says that Muhammad addressed him one day [sometime after the loss of Devagiri], "My kingdom is diseased, and no treatment cures it. In my kingdom disorders have broken out; if I suppress them in one place they appear in another; if I reduce them in one district another becomes disturbed. What have former kings said about these disorders?" Barani replied, "Histories record many remedies which kings have employed in these disorders. Some kings have abdicated their thrones and have given over the government to the most worthy of their sons. Other kings have taken to hunting, pleasure and wine, leaving all the business of the state to their wazirs and officers, and throwing off all concern in them". The Sultan replied, "If I can settle the affairs of my kingdom according to my wish, I will consign my realm of Delhi to three persons: Firoz Shah, Malik Kabir [Before Muhammad went to Gondal he received from Delhi the intelligence of the death of Malik Kabir, which deeply grieved him.] and Ahmad Ayaz, and I will then proceed on the pilgrimage to the holy temple. At present I am angry with my subjects, and they are aggrieved with me. The people are acquainted with my feelings, and I am aware of their misery and wretchedness. No treatment that I employ is of any benefit. My remedy for rebels, insurgents, opponents and disaffected people is the sword. I employ punishment and use the sword, so that a cure may be effected by suffering. The more the people resist, the more I inflict chastisement".

According to Nizamuddin Ahmad, Sultan Muhammad's reply was thus: "I have no son or other heir who can take my place; and I am determined not to relax the severity of my punishments. Let whatever is to happen, happen". Ferishta gives the Sultan's reply thus: "He answered, in an angry tone, that he had no son whom he could trust, and that he was determined to scourge his subjects for their rebellion, whatever might be the consequence".

Shams-i-Siraj had not attempted to resolve the mystery of the so-called son of Muhammad. The child was described by Badauni, as "an obscure child"; Nizamuddin Ahmad, as "a boy of unknown birth"; Muhammad Bihamid Khani, as "someone" and Yahya, as "a youth of obscure origin". The author of Sirat-i-Firuz Shahi do not mention any child but mentions that "Ahmad Ayaz threw open the door of insurrection at Delhi". Moreover, soon after the accession of Firoz Shah, Muhammad's sister Khudawandzada laid claims for her son Dawar Malik. All the above points indicate that Sultan Muhammad had no sons.
Share
Post a Comment
Labels#Delhi Sultans
Newer
Older