Tarmashirin's Invasion of India in the Reign of Muhammad Tughlaq

Posted onDecember 02, 2018
Ala-ud-din Tarmashirin Khan, the son of Duwa Khan, was the ruler of Chaghatai Khanate from 1326 to 1334. Ibn Battuta states, "Tarmashirin's country lies between four of the great kings of the world, the kings of China, India, Iraq and Uzbeg, all of whom send him gifts and show him honour". 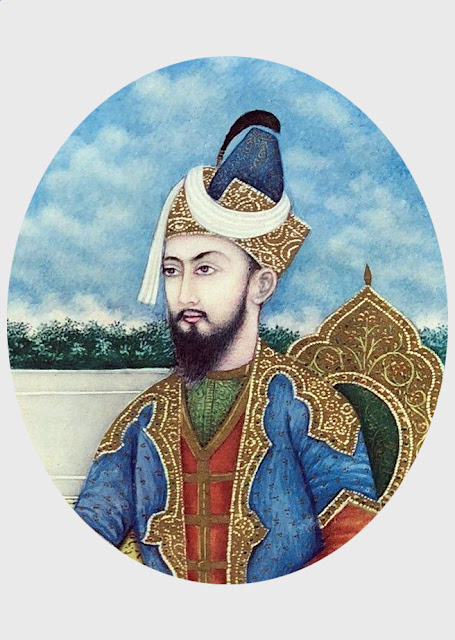 Tarmashirin's invasion of India has been the subject of some controversy.


Ferishta, who places the invasion in the beginning of the reign of Muhammad Tughlaq, portrays Muhammad Tughlaq as a coward. He says that Tarmashirin invaded Hindustan with a vast army. Having subdued Lamghan (present day Laghman), Multan and the northern provinces, he advanced towards Delhi and invested it. Sultan Muhammad, seeing he could not cope with the enemy in the field, began to sue for peace. He sent valuable presents in gold and jewels, to soften the Mongol chief, who at last consented, on receiving almost the price of the empire, to return to his own country, by the way of Gujarat and Sindh, which he plundered and carried off many of the inhabitants. Shajrat Ul Atrak gives the following account: Tarmashirin marched an army to the conquest of Hindustan, and having penetrated to the gates of Delhi, plundered that country of every thing he could carry away with him. When he encamped with his army at Delhi, Sultan Muhammad sent him some valuable presents by his chief amirs, and offered his submission. The khan therefore marched from Delhi towards Gujarat, and plundered Somnath and Surat, and returned thence in safety to his own country laden with spoil.

According to Yahya and Badauni, this invasion occurred in 1328-29. Tarmashirin marched against Delhi with an enormous army; he captured several forts, and put under confinement the people of Lahore, Samana and Indri to the borders of Budaun. Yahya says that when his army reached the banks of Yamuna he retraced his way back. Muhammad encamped with his forces between Delhi and Hauz-i-Khas. When Tarmashirin had re-crossed the Indus, the Sultan pursued him as far as Kalanaur. He entrusted the ruined fortress of Kalanaur to the care of Mujir-ud-din Abu Raja. Having dispatched some notable and brave chiefs against Tarmashirin, the Sultan returned to Delhi. According to Badauni, Tarmashirin retreated when the royal army came up against him. Yahya and Badauni considers Tarmashirin's invasion as the first cause of Muhammad's fall: They state that the inhabitants of the towns, villages and the neighbouring places were ruined by the rapine of Tarmashirin, and these places never again recovered their prosperity.

The anonymous author of Sirat-i-Firuz Shahi mentions Tarmashirin while describing the transfer of the Topra Asoka pillar (Minara-i zarin) by Sultan Firoz Shah Tughlaq. He says that Tarmashirin had attempted to split the pillar by burning a huge fire around its base, but the pillar did not crack.


Death of Tarmashirin: Born as a Buddhist, Tarmashirin later embraced Islam. His conversion to Islam and violation to the customs of Genghis Khan aroused the discontent of the Mongols, who revolted and deposed him in 1334. He was murdered by the order of his successor Buzan at Samarkand.

Two years after his arrival in India, Ibn Battuta came to know that the amirs of Tarmashirin swore allegiance to his cousin Buzan Khan for violating the ordinances of Genghis Khan and deposed him. When Buzan marched against him, Tarmashirin tried to flee to Ghazni, but was captured and killed on reaching Nasaf (Nakhshab), an outpost of Samarkand. "He was buried there and that his grave was looked after by Sheikh Shams-ud-din Gardanburida whom I saw subsequently in India", says Battuta.

Shajrat Ul Atrak states, "Some time after Tarmashirin's invasion of Delhi, his cousin Pooran (Buzan), the son of Dowar Timur, assembled an army in Hubbeh, and in the year 1327 [The year is incorrect as Ibn Battuta had seen him in 1333], in the town Kesh, at Koozi Mendak, put Tarmashirin to death, and he was buried in one of the villages of Samarkand".

Story of the Mongol Pretender :

Ibn Battuta narrates the story of a pretender who appeared in Sind claiming to be Tarmashirin. Imad-ul-Mulk, the governor of Multan succeeded in discovering him and reported the matter to the Sultan. Sultan Muhammad deputed a group of amirs to receive him with the ceremonies of hospitality. There was in the service of the Sultan a physician who had formerly been in the service of Tarmashirin. He suggested to the Sultan, 'I shall go myself to see him and find out the truth of his claim, for I once treated him for a boil under his knee, and since the scar remained I can recognize him by that'. So the physician went to meet him and began to feel his legs and uncovered the scar. The man scolded him saying, "Do you want me to see the boil that you healed? Well, here it is", and showed him the mark of it. The physician was assured that it was he, returned to the Sultan and made his report to him. Subsequently the Khwaja Jahan Ahmad Ayaz and the chief amir Qutlugh Khan, had an audience with the Sultan and said to him, 'O ruler of the world! this king Tarmashirin has arrived in this country and his identity has been established; There are here of his tribesmen about forty thousand as well as his son and son-in-law. Have you thought what might happen if they should combine with him?' The Sultan was alarmed and he commanded that Tarmashirin should be fetched at once. And the Sultan said to him, 'O son of a prostitute' how dare you lie, claiming to be Tarmashirin when Tarmashirin has been killed and here with us is the keeper of his tomb? By God, were it not for incurring disgrace I would kill you. However, give him five thousand dinars, take him to the house of Bashay Ughli and his sister, the children of Tarmashirin, and say to them, 'this liar claims to be your father.". So he came to their house and they recognized him; he spent the night with them under the surveillance of guards, and was taken away the next day. They were afraid that they might be killed because of him, and therefore disowned him. He was exiled from India and Sindh, who traveled by way of Kij and Makran and finally came to Shiraz. Its king Abu Isbaq welcomed him and fixed a decent allowance for him. On my return journey from India, when I arrived Shiraz I was told that he was still living there. I tried to meet him but could not do so because he was in a house which no one might enter to visit him except by permission of Sultan Abu Ishaq. I was afraid of the suspicions that might be aroused by this, but afterwards I regretted not having met him".
Share
Post a Comment
Labels#Delhi Sultans
Newer
Older