Was Jahangir Responsible for the Murder of Sher Afgan?

Posted onApril 29, 2020
In the last post, we have learnt about the circumstances that lead to the death of Ali Quli Beg Istajlu, better known as, Sher Afgan. When Jahangir heard about the rebellious intentions of Sher Afgan, governor of Burdwan in Bengal, he sent Qutb-ud-din Khan to arrest him and bring him to the court. Qutb-ud-din went to Burdwan but met his death at the hands of Sher Afgan. Sher Afgan was then killed by Qutb-ud-din's men.

However, some historians believe that Jahangir got Sher Afgan murdered in order to marry his wife Mihr-un-nissa, afterwards Nur Jahan. 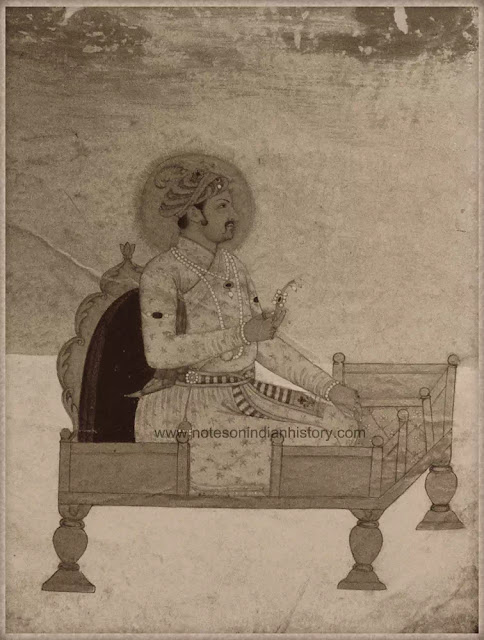 I. They say that during the life-time of Akbar, Jahangir fell in love with Mihr-un-nissa. It happened thus: Mihr's father Mirza Ghias Beg held a high post at Akbar's court. Mirza's wife Asmat Begum had access to the imperial harem and on her visits she was often accompanied by her beautiful daughter. On one such visit, prince Salim saw Mihr-un-nissa and fell in love with her. To avoid scandal, Akbar immediately married her to the Persian official Sher Afgan.


There was no reason for Akbar to oppose the marriage of Salim with Mihr-un-nissa, if they were in love. We have an example from Akbarnama, in which Abul Fazl relates how Akbar agreed to Salim's marriage with the daughter of Zain Khan Koka. Akbar at first objected to the marriage since Salim was already married to Sahibi Jamal, Zain Khan's niece. But finally Akbar agreed for the marriage. Abul Fazl records, "The Prince Royal became violently enamoured of the daughter of Zain Khan Koka, and meditated marrying her. His Majesty was displeased at the impropriety, but when he saw that his heart was immoderately affected, he, of necessity, gave his consent".

If Jahangir was really disappointed with the marriage of Mihr-un-nissa with Sher Afgan, Akbar would never have appointed Sher Afgan in Jahangir's service in his expedition against Mewar. Even the title of Sher Afgan was given to Ali Quli Beg Istajlu by Jahangir himself. Moreover, Sher Afgan had deserted Jahangir in his revolt against Akbar. But on his accession he pardoned Sher Afgan and gave him the jagir of Burdwan.

Mirza Ghias Beg migrated to India from Persia and was given a post by Akbar. By 1595, he became a mansabdar of 300 and then Diwan of Kabul and subsequently the Diwan-i-Bayutat. Sher Afgan had also migrated from Persia and had taken service under Akbar. This is the reason why Akbar decided to marry Mihr-un-nissa to him.

II. Some others are in the opinion that when Jahangir proposed her, she was already the wife of Sher Afgan, or, was betrothed to Sher Afgan. 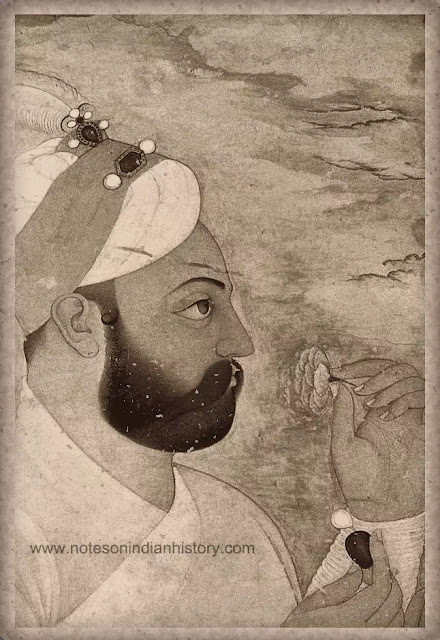 In this case too there was no need for Jahangir to murder Sher Afgan, as it was the Mughal custom that if the emperor desired a woman her husband should divorce her. That's how Akbar married the beautiful wife of Abd-ul Wasi. Moreover, in those times, it was impossible for a woman to resist the imperial wish.

III. Some writers argue that Qutb-ud-din was appointed to Bengal with the sole object of murdering Sher Afgan.

On his accession Jahangir made Raja Man Singh the governor of Bengal. Bengal had been the center of rebellion and insurrections, since the time of Delhi Sultans. It seems that Usman Khan, an Afghan rebel, had made secret negotiations with Raja Man Singh. According to Riyaz-us-Salatin, "As the war was protracted, and the extirpation of the Afghans was not accomplished, in that very year of accession, Raja Man Singh was recalled from office..". This happened in August 1606.


On the contrary, Baharistan-i-Shahi tells a different story about Qutb-ud-din Khan: According to Baharistan-i-Shahi, Qutb-ud-din had 'a sequel to his disagreement with and jealously towards Sher Afgan. Qutb-ud-din reported to Jahangir that 'all people in Bengal except Sher Afgan have submitted to the authority of His Majesty' and for this reason Jahangir ordered him to 'sever his head from his body and sent to the imperial court'.

Same story occurs in Charles Stewart's History of Bengal, Qutb-ud-din took offence that Sher Afgan had not come to Rajmahal to congratulate him upon his accession to the government of Bengal. So he summoned him to appear. But Sher Afgan, suspecting treachery, refused to move from Burdwan. Qutb-ud-din represented this contumacious conduct to Jahangir, who gave orders to send Sher Afgan a prisoner to court; and if this measure should be found impracticable, to put him to death, either by open force or by stratagem.

IV. It is unusual that an emperor marrying a widow.

Jahangir's marriage with Nur Jahan was not unusual. Akbar had married Salima Sultan Begum, the widow of his general Bairam Khan.

V. Jahangir do not mention his marriage with Nur Jahan in his Memoirs (Rogers & Beveridge and Thackston).

We have this information from Tarikh-i Salim Shahi: "Itimad-ud-daula, it is almost superfluous to observe, is the father of my consort Nur jahan Begum and of Asaf Khan, whom I have appointed my lieutenant-general, with the rank of a commander of five thousand. On Nur Jahan, however, who is the superior of the four hundred inmates of my harem, I have conferred the rank of thirty thousand.....As I had then no intention of marriage she did not originally come into my family but was betrothed in the time of my father to Sher Afgan, but after that chief was killed I sent for the Qazi and contracted a regular marriage with her...."

It happened thus: After the death of Sher Afgan, Mihr-un-nissa and her daughter Ladli Begum were sent to Jahangir's court at Agra, where her father Itimad-ud-daula held a high post. Jahangir placed her among the attendants of one of his step-mothers. On the New Year's (Nauroz) festival in the 6th year of Jahangir's reign, he happened to see her. He fell in love with her and married her in May 1611. This happened four years and a few days after the death of Sher Afgan. 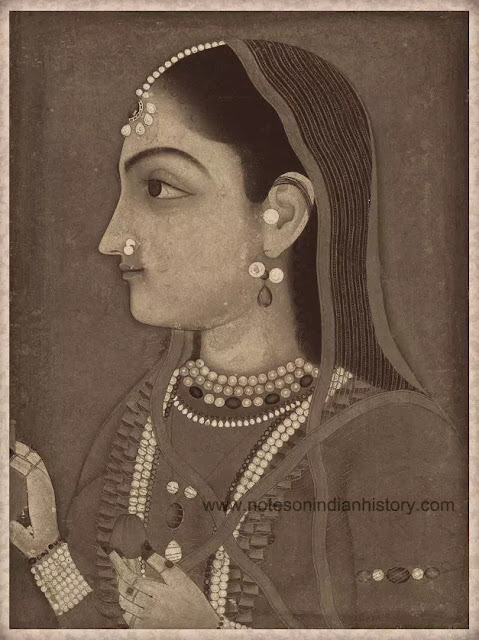 Lastly, we have the account of Haidar Malik, who was an eye-witness of Sher Afgan's death, and was himself present in the assault. After the death of Sher Afgan, Yusuf Khan Chak went to the fort of Burdwan and began to harass Sher Afgan's family and men. They plundered the houses of the remaining followers of Sher Afgan, including that of his mother and his widow Mihr-un-nissa. When Ali Malik brought this news to Haider Malik, in spite of injury, he reached for the rescue of the Begum. "With full respects, I brought her to my own house and did my best to provide comforts for her. For forty days with thirty our of my kinsmen I guarded her. When the letter of Kishwar Khan (Shaikh Ibrahim), the son of Qutb-ud-din Khan, and Wazir Khan arrived calling her to Rajmahal, I, still with all my kinsmen, was engaged in hospitality. After reaching Rajmahal she favoured me by sending me a letter of recommendation to Itimad-ud-daula".

"When this chaste and pure lady was honoured with her presence before the emperor for the first time, the representatives of the emperor described to him the true facts of the sacrifices of this slave and my brother Ali Malik", says Haidar Malik. On the recommendation of Nur Jahan, Jahangir conferred on him the titles of Rais-ul-Mulk and Chaghatai, and was appointed as governor of his own birth place Chadura in Kashmir. Thereafter he wielded great influence both with Jahangir and Nur Jahan.

The responsibility of the Emperor Jahangir for the death of Sher Afgan, the first husband of Nur Jahan Begam By Beni Prasad

The Legend of Padmini and Nurjehan By K.S. Lal