A Fort in the Mist: Tipu Sultan's Manjarabad

You can see a marvelous example of French military architecture in the Hassan district of Karnataka. The Manzarabad [Manjarabad] fort in Hassan was built by the Mysore ruler Tipu Sultan in 1792. It stands on the Bangalore-Mangalore highway, 6 km from Sakleshpur. Sakleshpur is a hill station lying in the mountain range of Western Ghats. 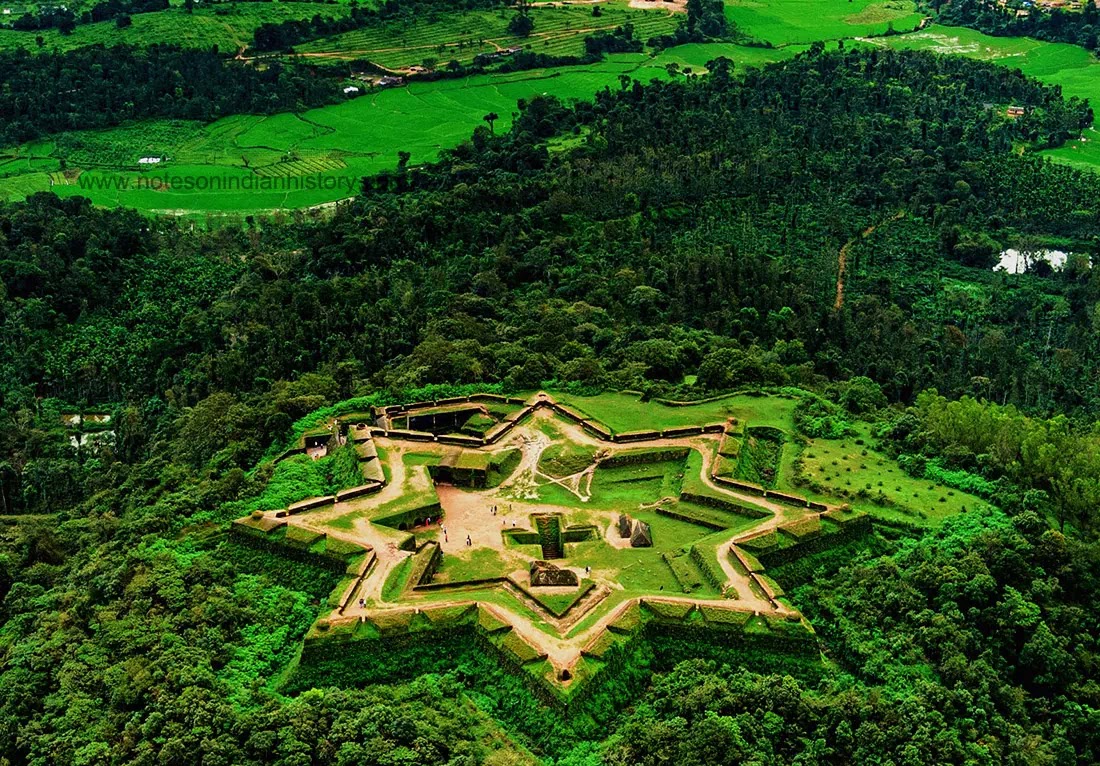 Here is a brief history of Manzarabad: Manzarabad, earlier known as Balam, belonged to the Palegars. The area was conquered by Shivappa Nayaka of Keladi (r: 1645-1660) [Keladi also called Ikkeri & Bednore] in 1659 who bestowed it on Sri Ranga III of Vijayanagar (r:1642-1646) then arrived as a refugee at his court. However, by a treaty concluded between the Wodeyars and Bednore in 1694, six nads of Balam were ceded to the old Palegars. When Hyder Ali conquered Bednore in 1763 Balam was allowed to remain in the hands of the Palegars on payment of an annual tribute. Followed by Hyder's death, the British seized Bednore in February 1783 and Tipu Sultan recaptured it in 2 months.

During the 2nd Anglo-Mysore war (1780-1784) Krishnappa Nayaka, ruler of Balam, threw off his loyalty to Mysore and entered league with the British. Tipu afterwards pardoned him and restored Balam to him on condition of remaining loyal to Mysore and paying the usual tribute. During the 3rd Anglo-Mysore war (1790-1792) Krishnappa Nayaka again rebelled and joined the Marathas under Parasuram Bhau who was marching to join Lord Cornwallis against Tipu in 1792. On the conclusion of peace Krishnappa Nayaka fled to Coorg in fear, however, he was again recalled by Tipu and given a part of Balam under the pledge that he would remain loyal to Mysore. The remainder of the territory of Balam was annexed to Mysore.

During the 1790s the British along with the Nizam of Hyderabad and the Marathas were fighting with Tipu Sultan. Tipu planned to build a lookout post between Mangalore to Coorg and his capital Srirangapatna to keep an eye on his enemies. French were his allies. He employed French engineers to build a strong fort in the European style at Balam. When the fort was completed he visited it and finding the area covered by fog he called it Manjarabad (after the Kannada word 'manju' meaning 'fog, mist, snow' etc.)

This amazing fort is in the shape of an eight-pointed star. A drone camera is needed to view the actual shape of the fort, however, an engraving of the fort's shape can be found on the ceiling at the main gate. 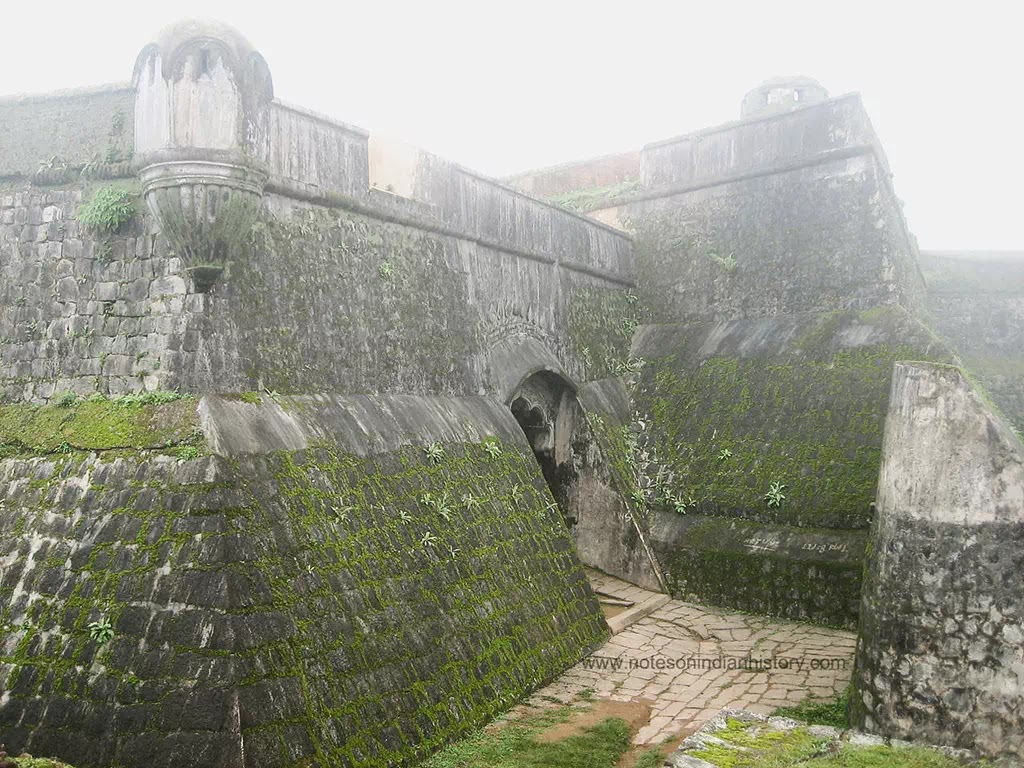 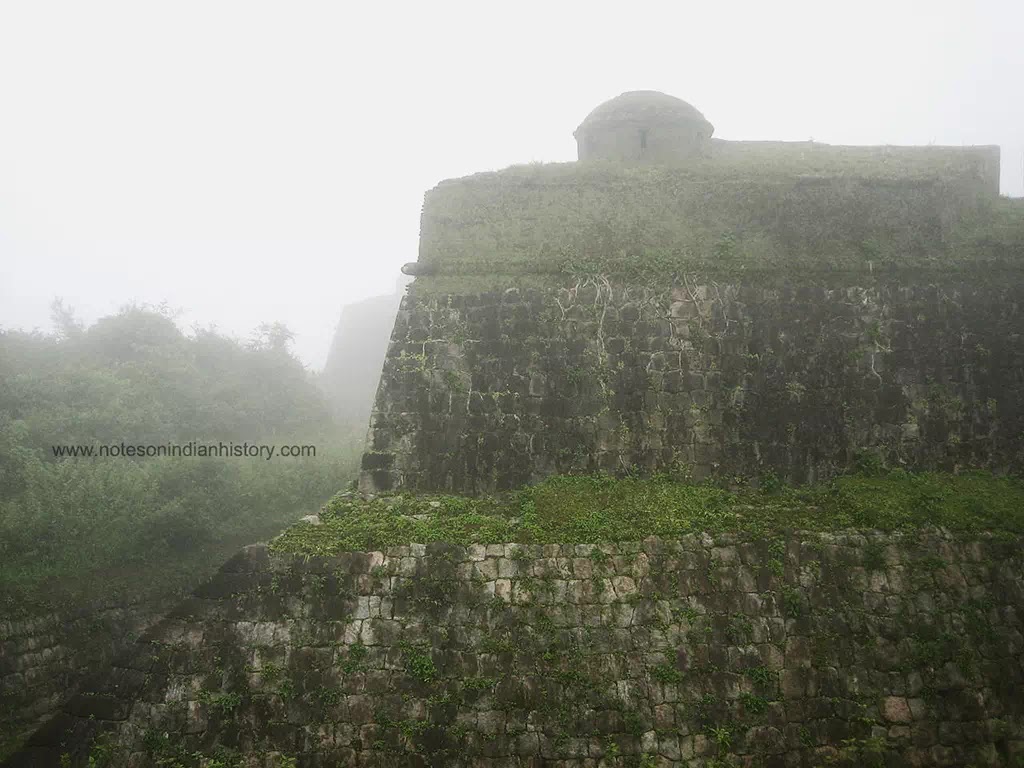 [Star forts evolved during the age of gunpowder when cannon came to dominate the battlefield. It was first seen in the mid-15th century in Italy. Fort William of Kolkata, Fort of Jhansi, Bihu Loukon of Manipur, Jagtial Fort of Telangana, Potagada Fort of Ganjam are also star-shaped forts.]

The Manjarabad fort stands on a little hill, 3240 feet above sea level. There are about 250 steps to reach the entrance of the fort. The fort walls are constructed of granite blocks and mortar, and is protected by a moat all round. Interior of the fort is built of bricks. There are rooms that served as stables, army barracks, armoury, food stores etc. It is said that there were underground passages that lead to Tipu's capital Srirangapatna. The parapet is provided with cannon mouths and musket holes at regular intervals.

At the exact geometric center of the fort is a cross shaped well with steps leading down to it from all four sides. Just above it, there are two cool cellars to store gunpowder. All along the northwestern and northern sides are arched cells that served as resting places for the guards. 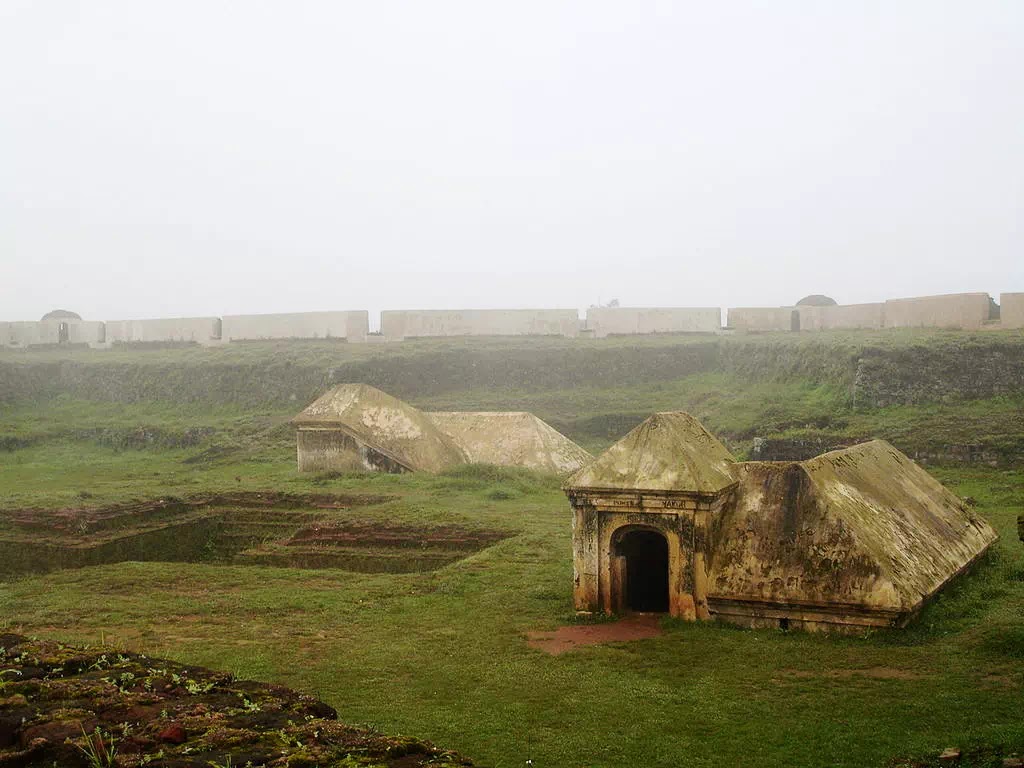 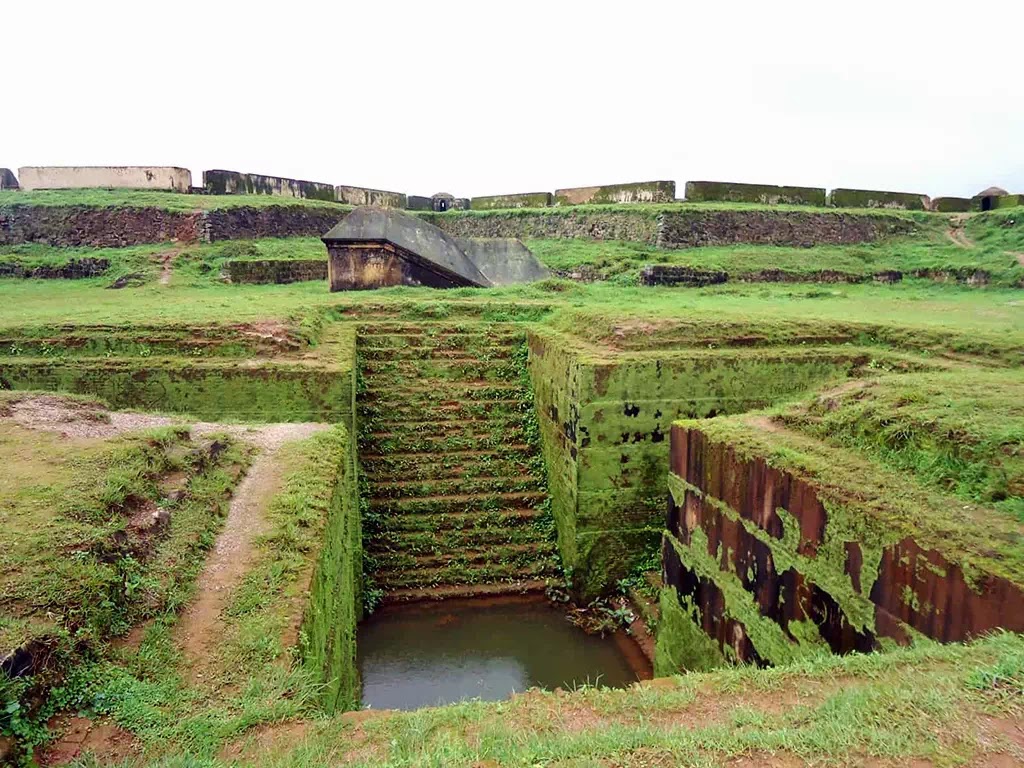 From the forts' ramparts are visible the surrounding spectacular view of the lush green paddy fields, palm groves, coffee and spice plantations.