Nawab Hyder Ali Khan of Mysore (r: 1761-1782) died on 7 December, 1782 at Narasingarayanipet, near Chittoor (in Andhra Pradesh) when the second Anglo-Mysore war was in progress (1780-1784). He had come to Chittoor to spend Muharram. Hyder Ali Khan was sixty years old at the time of death. 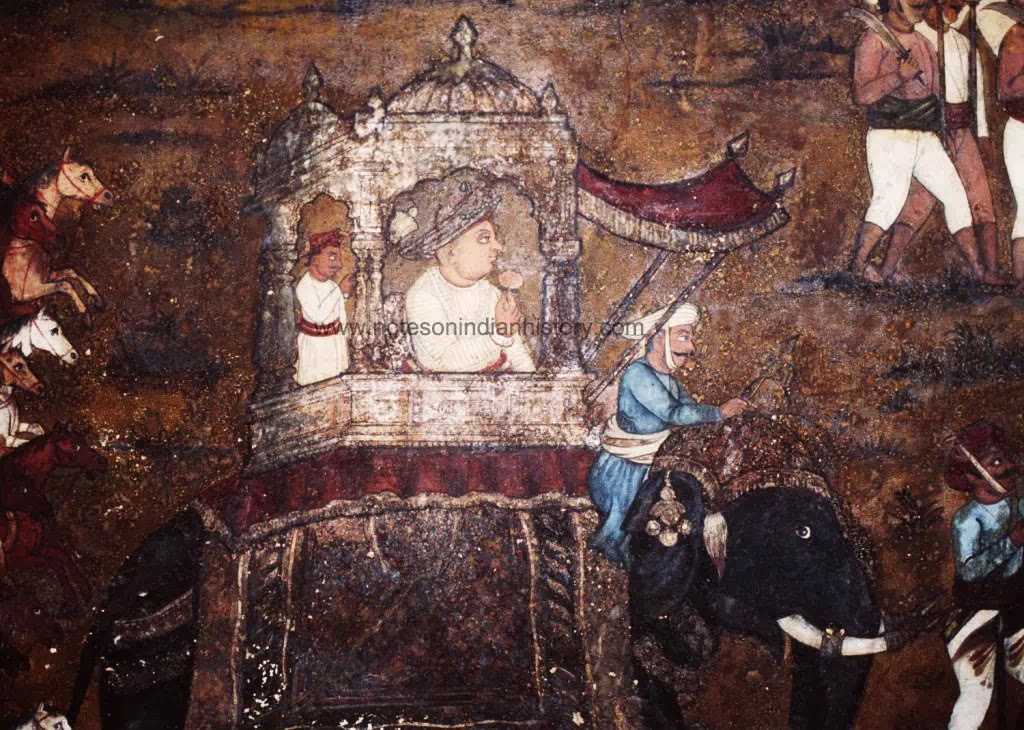 
Hyder and Eyre Coote met again at Arni (in Karnataka) on 2nd June 1782. This was the last time the two doughty opponents faced each other.

The Kannada work Hyder Nama written by Karnik Nallappa gives some important details regarding this battle.

In 1782, Hyder took Peramakallu and Nagaratagada. Then he received information that French troops which had been long expected had landed at Cuddalore (in Tamil Nadu). At Peramakallu two French Generals with 2000 troops joined him. Another bigger army under Mons. Bussy was also on the way.

In May 1782, the British army started from Madras, dividing itself into two parts, the smaller went to Vellore and the bigger one encamped near Arni.

When Hyder got information of this, he divided his army into 4 parts: army of the Poligars, army under Mons. Lally and Muhammad Ali, another army under the command of his son Tipu Sultan and the biggest division under Hyder himself; and arranged in such a way as to attack the British from all sides, while he himself marched swiftly towards Arni. The British laid siege to the fort but the killedar of Arni defended it bravely.

On 2nd June, Tipu's army advanced against the British who now separated their forces into two divisions and fought with him. Meanwhile the regiment under Lally also arrived. Eyre Coote was attacked by the combined armies of Tipu and Lally. Shortly afterwards the army of the Poligars appeared. The British now formed four divisions to fight with these unexpected enemies. An hour later the army of Hyder arrived, which threw the British into great confusion and they began to retreat towards Vellore. Hyder pursued them, killed many and captured nearly 2000 men.

The British at Madras sued for peace and sent two ambassadors to propose terms with Hyder: Karnatakagada, Satagada and other districts worth 10 lakhs will be ceded to Hyder and Rs. 3 crores will be paid towards the army expenses. The treaty was to be signed between Hyder, the British, Muhammad Ali and Nizam Ali.


However, Hyder demanded the surrender of the fort of Trichinopoly [Trichy now known as Tiruchirappalli] which was promised to Mysore when Karachuri Nanjarajaiya helped Muhammad Ali; the right to retain Vellore and other places taken by himself during the war; and also the refund of the expenses incurred by Mysore at the siege of Trichinopoly in 1748; and amount borrowed from Karachuri Nanjarajaiya with interest up-to-date; otherwise the war was to continue.

In August 1782, Hyder got news of rebellion of Nairs in Malabar. In addition to it a British army had arrived in the neighourhood. So he sent Tipu to Malabar.

In November, Hyder got a carbuncle on his back. In the afternoon of 7 December, he called his five important officers: Abu Muhammad Mirde, Mir Muhammad Sadik, Krishna Rao, Purnaiya and Anchegurikar Shamiah and requested them that after his death they should serve under his son as they did under him. Hyder passed away on the same day.

Tipu Sultan was at this time in Ponnani (in Malabar). It was Purnaiya who suggested that the news of Hyder's death should be kept secret till the arrival of Tipu. Krisha Rao and others also agreed to this plan and Hyder's body was secretly sent to Kolar in a chest resembling some valuable spoil with orders for its preservation. Meanwhile messengers were sent to Tipu at Malabar asking his immediate return.
However, Hyder's serious illness had aroused the suspicions of the people about his death and news was already spread, which reached the British too. Before any action could be taken by the British Tipu reached his father's camp [by the end of December].
Tipu Sultan at Ponnani: In August, the Bombay Government had dispatched a force to invade Malabar under the command of Colonel Humberstone who seized Calicut and advanced towards Palakkad. In the meantime Tipu, who had been ordered by his father to oppose the British, reached there in October 1782. Colonel Humberstone retreated to Ponnani in November. At this time General MacLeod also arrived Ponnani with a small reinforcement from Bombay. Tipu reached Ponnani and with the assistance of Lally, made a vigorous attack upon the British lines. He was, however, repulsed and compelled to retreat. He crossed the Ponnani river and waited for reinforcements.

On 12 December Tipu received the news of his father's death. He proceeded in all haste to Mysore.

Thus we find that Hyder's last battle was a victory over Coote. The book 'Captain Henry Martin Beare (1760-1828), life, ancestry, and descendants' also mentions this. Sir Eyre Coote died 4 months after the death of Hyder, on 28 April 1783.