The Tipu Sultan Mosque is one of the finest Muhammadan buildings in Calcutta [now Kolkata]. It was built by Tipu Sultan's eleventh son prince Ghulam Muhammad in 1842. The construction of the mosque was begun in 1839 on the ground the prince had purchased in Calcutta. The Mosque is situated beside the Statesman House on Dharmatala street. 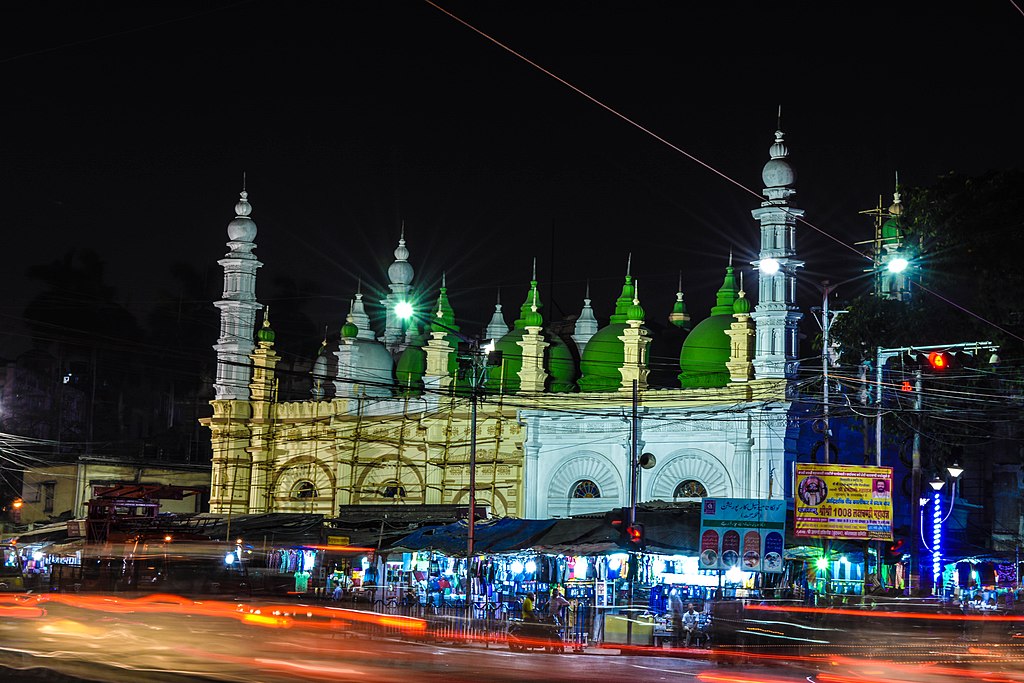 There are also two other Mosques in Calcutta built by Tipu Sultan's descendants: Mosque of Ghulam Muhammad at Tollygunge and the Mosque of Shahbani Begum.

After the fall of Srirangapatna, the British became masters of Tipu Sultan's dominions and treasure. The families of Tipu Sultan and his father Hyder Ali were removed to Vellore and became British pensioners. Followed by the Vellore Munity on 10th July 1806, they were exiled to Calcutta.

Inscription on the Mosque' plaque reads: "This Masjid was erected during the Government of Lord Auckland, G.C.B., by the Prince Ghulam Muhammad, son of the late Tipu Sultan, in gratitude to God and in commemoration of the Honorable Court of Directors granting him the arrears of his stipend in 1840." 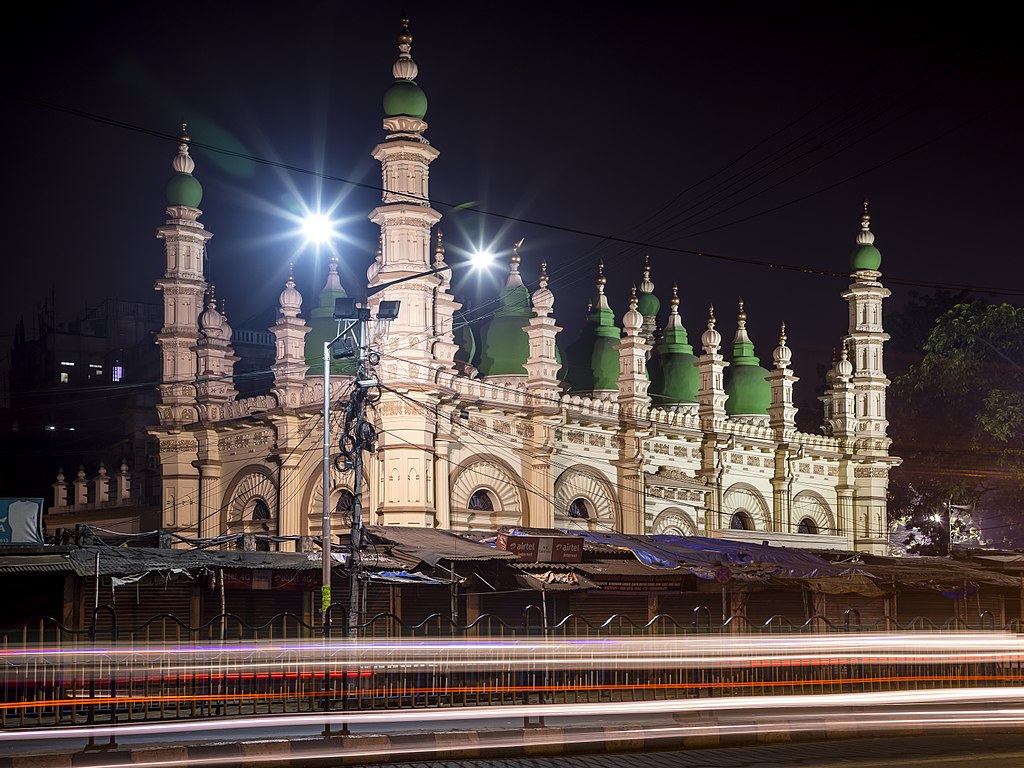 Above the middle arch upon a tablet over the entrance to the Majid is the following inscription:

'The son of Sultan Tippoo, deceased,
Muhammad by name and praised indeed,
Not Muhammad himself, but his servant from the heart,
A follower of his religion, with sincerity and purity,
Built this pure dwelling place
For praise, and prayer, and thanksgiving and blessing.
In its use like the Qibla and Islam (the Kaaba of Mecca);
In its glory like the Masjidi Aqsa (the temple of Jerusalem)
The Angel Gabriel said as a date for that building,
By way of its completion and as a blessing:
May God keep thee safe as the temple of Jerusalem.
By the blessing of the Apostles of Truth, and his family.'