The Story of an Indian King Who Used Rolls-Royces for Garbage Collection: Here are the Facts

Posted onJune 24, 2022
An image of Rolls Royce with broom on both sides is widely circulated in social media as purchased by an Indian king for cleaning roads.

Rolls Royce founded in 1906 is the world's most famous luxury car brand.

According to these posts, an outraged Indian king purchased 10 Rolls Royce cars (or six?) and used them as garbage collectors, when he was insulted by Rolls Royce salesman in London saying he could not afford it.

I found similar pictures in few other Facebook Pages as well. It is titled as 'Rolls-Royce Homemade Street Sweeper, ca. 1930s'. 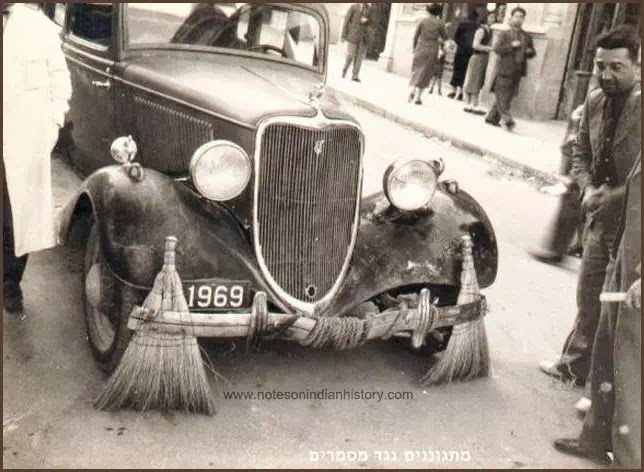 The story goes like this: In 1920s an Indian king visited London, and when strolling along the streets in the casual attire, he chanced upon a Rolls Royce showroom. He went inside to learn more about the specifications of the cars and their prices. However, seeing his Indian appearance and attire, presuming that the 'man' was incapable of buying an expensive English car, the British salesman ignored his request, and even went so far as to show him the exit.

Feeling insulted, the king returned to his hotel and arranged an official visit to the Rolls Royce showroom. He purchased all of the six cars in the showroom by paying ready cash and shipped them to India. And when he returned to India, he gave an order to the municipality in New Delhi to use these cars for cleaning and transporting garbage.

The Rolls Royce company was humiliated and upset about the king's treatment of its cars. They sent a telegram to the king with apologies for the way the employees behaved towards him. The car executives pleaded for him to stop using the vehicles for transporting garbage and also sent him a gift of another six cars. Satisfied that a lesson had been learned, the king stopped using those cars for carrying municipal waste.

The names of many Indian kings are associated with the same story!

'The Vintage News', states that this king was Jai Singh Prabhakar, the Maharaja of Alwar (then British India / now in India).

According to an article on 'Medium', it was Nawab Sadiq Muhammad Khan Abbasi of Bahawalpur (then British India / now in Pakistan). However, the story related is almost the same making it in the year 1927. Instead of New Delhi in the previous story, the place in this story is Bahawalpur.

The exact same thing happened to Mukarram Jah and Mir Osman Ali Khan, the Nizams of Hyderabad, Maharaja Bhupinder Singh of Patiala and many others! It seems that all these kings were insulted at Rolls Royce showrooms in London and used the cars they purchased to collect garbage.😃

According to another version, the king didn't ship these cars to India but filled them with garbage and paraded throughout London.

The story is very interesting however, there is no evidence of this.

'The Vintage News' mentions that it has been a practical way to clean the city streets of different obstacles in various places around the world. The method was used during World War II to move sharp objects like nails and glass from street to prevent tire damage.

'CarToq' reports that brooms were tied to the front of expensive vehicles to save the tires. Since the roads were not very good in those days and rubbles and pebbles could destroy the tires easily, the brooms swept away the pebbles and stones on the way and made the roads clear for the vehicles.

You can see Jewish inscriptions written there at the bottom of the photo. Furthermore, the people in the photo do not resemble Indians.

There is no mention of this folk tale in trustworthy sites like Wikipedia. However, you can find a similar image on Wikipedia, titled as 'Arab strike 1936. Car with brooms to sweep away tacks thrown by strikers'.

Alamy & Getty Images captioned it as, 'Photograph of a motor car with brooms to sweep away tracks thrown by strikers during the Palestine riots. Dated 1936'.


Matthew Hughes in his book 'Britain's Pacification of Palestine The British Army, the Colonial State, and the Arab Revolt, 1936–1939' mentions that during the Arab Revolt, the British responded to the simple rebel anti-vehicle device of strewing nails across the road by tying brooms to the fenders of their cars.
Perhaps this story was cooked up by the Rolls-Royce company to make their brand more famous in India & Pakistan.
Share
Post a Comment
Labels#Folktales
Newer
Older