After Tipu Sultan's death in the 4th Anglo-Mysore war in 1799, the British looted his treasury and took them to London.

Tipu Sultan's garden-like-tent was also among the looted possessions from Mysore.

The "Fabric of India" exhibition, which ran from October 2015 to January 2016, was organised by London's Victoria & Albert (V&A) museum to explore the wide-ranging world of Indian handmade textiles as well as the technical facets of textile manufacturing and its aesthetic worth.

Tipu Sultan's garden tent was the biggest attraction at this exhibition. The canopy and wall of the tent were erected in the gallery, allowing guests to walk inside and admire the beautiful design up close. This beautiful tent is now in the collection of the National Trust at Powis Castle.

The tent, which was made between 1725 and 1750, was like a portable palace that Tipu would bring with him on journeys across territories so that he could remain surrounded by the lavish floral interior.

The tent is made from four separate sections. The materials used are printed cotton chintz, undyed cotton, bamboo, metal and leather. Exterior is plain while the interior of the tent is highly decorative consisting of panels with repeated acanthus-cusped niches, with vases of symmetrical flower heads and stems. The tent has a measurement of 2080 mm (H) and 1140 mm (W). 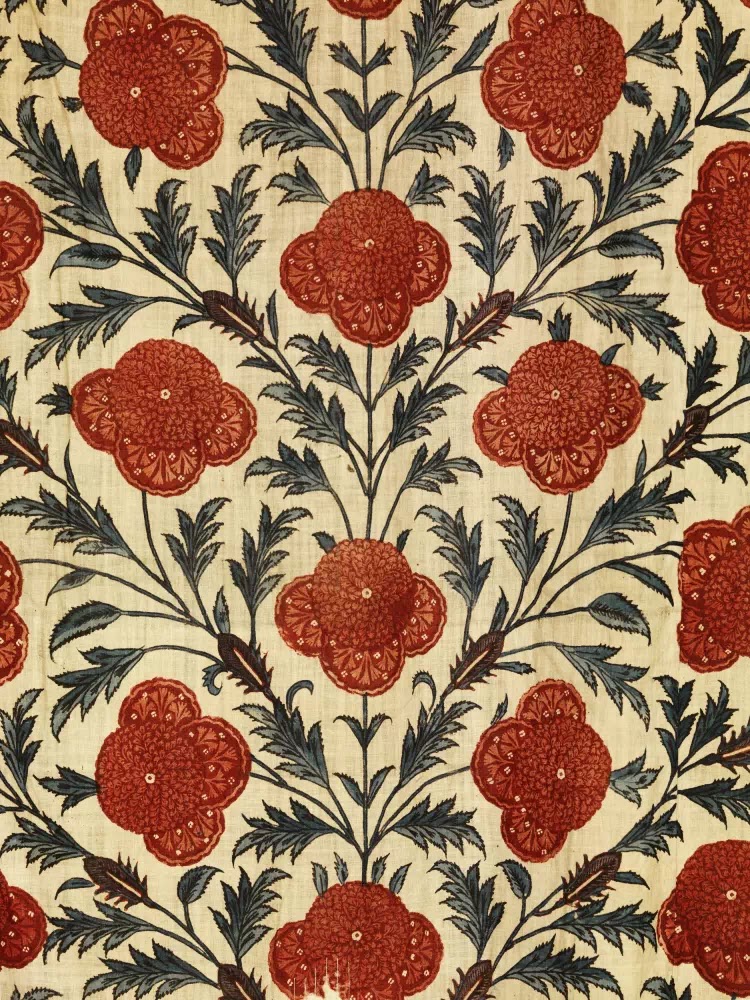 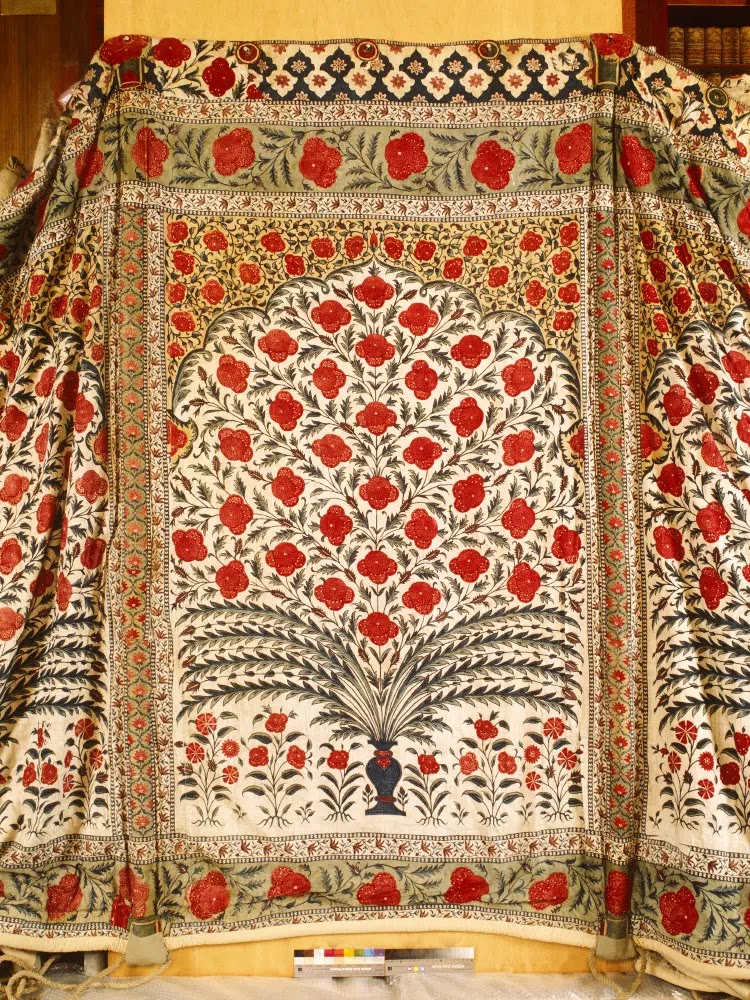 It is believed that Tipu Sultan signed the Treaty of Srirangapatna in this tent. Tipu's tent was acquired by 1st Earl of Powis and brought to Powis Castle around 1800. 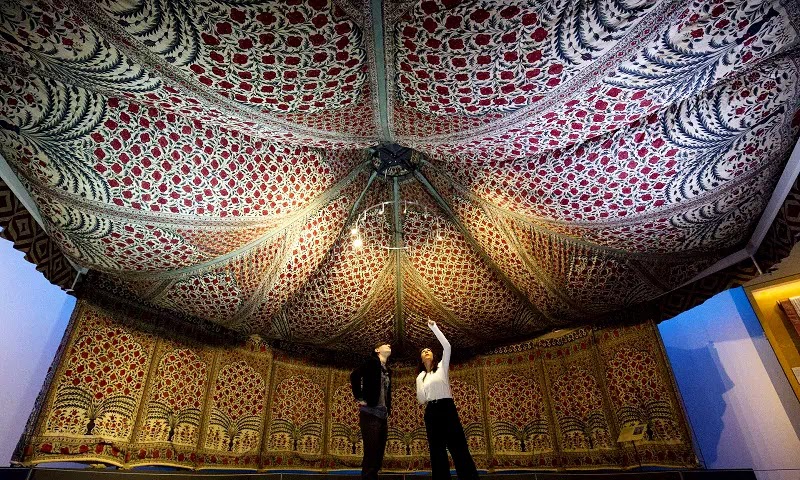