A Collection of Books on Tipu Sultan Part II

Here is a collection of books on Hyder Ali and Tipu Sultan I found on Amazon. This post contains affiliated links. You can find the first part Here.

A Collection of Books on Tipu Sultan Part I 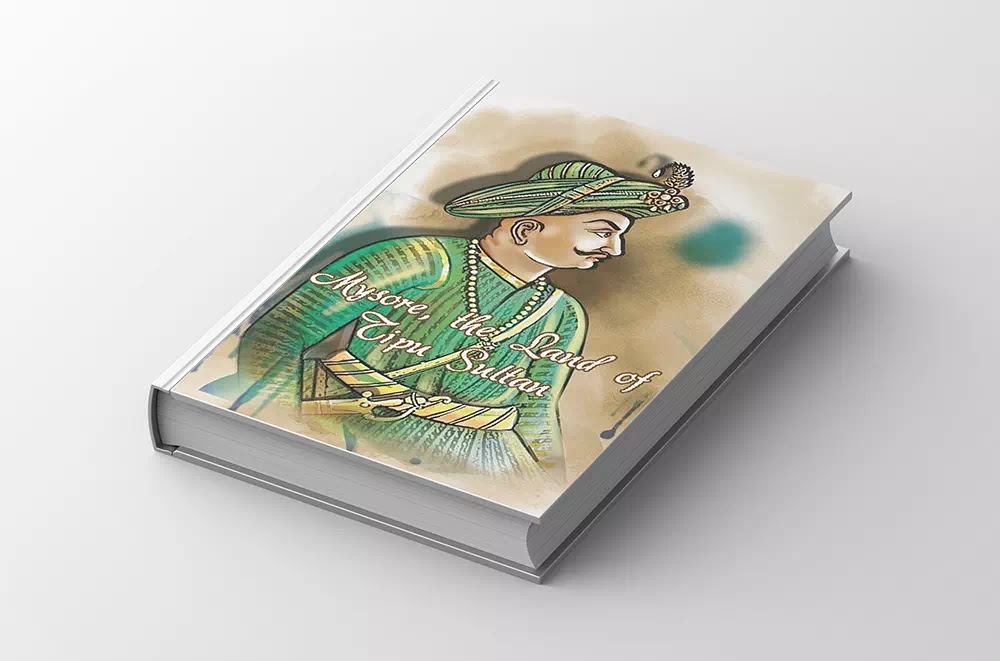 Tipu Sultan had an unrivalled career as a subject of British history painting. Tipu Sultan: Image & Distance is an extraordinary historical exhibition of paintings, prints, maps and other objects collected from around the world curated by Dr. Giles Tillotson at DAG gallery, New Delhi. Along with it comes a book with chapters written by eminent experts including Savita Kumari, Janaki Nair and Jennifer Howes.

These articles cover a wide range of topics related to the ruler's legacy. During the height of the British East India Company's geographical growth, Tipu Sultan posed the strongest threat to its strength. The British never again confronted a threat of the same scale until the Revolt of 1857. The Siege of Srirangapatna eliminated the most serious challenge the British had ever encountered in their history in India. In addition to stating the magnitude and significance of the threat Tipu presented, the book provides explanation for why the British had to treat him differently from other regional rulers.

Tipu Sultan is recognised as India's first independence warrior due to his ferocious struggles against the British who attempted to overrun the regions under the Sultan's authority. This book gives complete details of his life as a ruler and his military campaigns.

Tipu Sultan fought tenaciously against British colonisation. In order to oppose British imperialism, he sought the active assistance of the French, the ruler of Afghanistan, the Ottoman Sultan, the Marathas, the Nizam and others. The character of Tipu must be understood in the light of the vast historical development of South Asian communities and politics, which calls for a revisiting of customs and history. His value-based leadership and acceptance of secularism as a way of life had won him the allegiance, respect, and support of his subjects.

Prof BP Mahesh Chandra Guru of Mysore University says, "Tipu laid down his life for the sovereignty of India. He was a true secularist and a great champion of nationalism. Tipu shines in the history of India as an indomitable nationalist and martyr. He was the solitary figure of the 18th century who resisted colonialism to the best of his ability."

Dr. B.N. Pande delivered two lectures on the themes "Farmans of Aurangzeb And Other Mughal Emperors" and "Tipu: An Evaluation of His Religious Policy" under the auspices of the Institute of the Objective Studies at the Academic Staff College, Jamia Millia Islamia, New Delhi on 17th and 18th November 1993 respectively.

Tipu's Tiger is one of the V&A's most famous and interesting exhibits and a regular favourite of V&A's visitors. Commissioned in the 1790s by Tipu Sultan of Mysore, this extraordinary wooden automaton of a tiger devouring a British soldier was a symbol of the Sultan’s authority and a reflection of his opposition to the British. The tiger, which has pipes that replicate its roar and the screams of its victim, was carried to London when Tipu was killed in 1799, and there it has inspired artists and authors, scared children, and amused the public ever since.

This book tells the story of the Tiger, and also illustrates and discusses some of the most splendid of Tipu Sultan’s other treasures – his throne, textiles and spectacular weapons, all decorated with the ruler’s iconic tiger forms and patterns.

This book sheds light on Tipu Sultan's views on secularism, women's rights and security, nationalism, devotion to Hindu temples and respect to Hindu deities, as well as fair treatment of his subjects.

7. Tipu Sultan the Tiger of Mysore or to Fight Against Odds By Samuel Strandberg (2017):

This book deals with the only Indian prince who offered staunch resistance and by doing so caused the English both fright and wrath. Tipu Sultan ruled Mysore in south India during a few decades at the end of the 1700s when the revolution broke out in France.

In addition to being an excellent military leader, Tipu Sultan was also a social reformer who was much ahead of his time, attempting changes that would be made in other nations more than a century later. The greater diplomatic and military skills of the English, however, caused him to strike his forehead, and he eventually lost the battle.

8. Rockets of Tipu Sultan By Tarit Bose (2014):
Tipu Sultan was a ruler in India in the eighteenth century. Till that time rockets were not for war purpose, since it was that cannons were more accurate. Tipu's rockets were made of iron casing with 5ft long bamboo pole or a sword as a stabilizer, and rocket nozzle was shaped to spread fire. In a battle between Tipu's forces and Colonel Bailey's detachment in 1776 Tipu's rockets had devastating effects to defeat Col. Bailey. Bailey was taken as a prisoner who died two years later in prison.

This had left a lasting impression on the East India Company's generals, and after Tipu was defeated and killed in the Fourth Anglo-Mysore War in 1799, experiments were started in the Royal Artillery Lab in Aldwych/London by Congreve (father and son), and the first rockets arrived in Europe in the early nineteenth century for use in warfare.

9. Tipu Sultan By Vinod Tiwari (2005):
This book portrays the complete life of Tipu Sultan, who bravely battled against the British and their stooges.

10. Haidar Ali And Tipu Sultan By Om Prakash (2002):
This book, divided into 18 parts, provides an accurate description of Hyder Ali and Tipu Sultan's efforts to oppose the British, their civil administration, military system, interactions with the Marathas, conquests and defeat.

The astonishing tale of an ordinary soldier from Mysore who became one of the greatest rulers of India. It is the eighteenth century, and turmoil is brewing all over India. In the country's south, Hyder Ali, an ordinary soldier, rises through the ranks to take over Mysore, a small kingdom that is in danger of being swallowed by the Marathas and the Nizam of the Deccan. Despite overwhelming odds, Hyder Ali forges an empire right under their noses through tact, bravery and unparalleled military strategy. Before long, he holds sway over a kingdom that spans from the dry lands near the Krishna River to the lush forests of the Malabar. But the angry Marathas are thirsting for revenge, and the English are fast gaining ground. Will the Sultan of Mysore be able to crush these formidable enemies? Will his son Tipu come to his aid? Or will he be forced to surrender the vast and powerful kingdom he has so passionately built?
Share
Post a Comment
Labels#Malabar & Kerala, #Mysore/Karnataka
Newer
Older