How Tipu Sultan Got His Name?

[Hyder Ali's first wife gave birth to a daughter but while in child-birth she was attacked with dropsy which made her paralytic for the rest of her life.]

There is an interesting story behind the name Tipu Sultan: 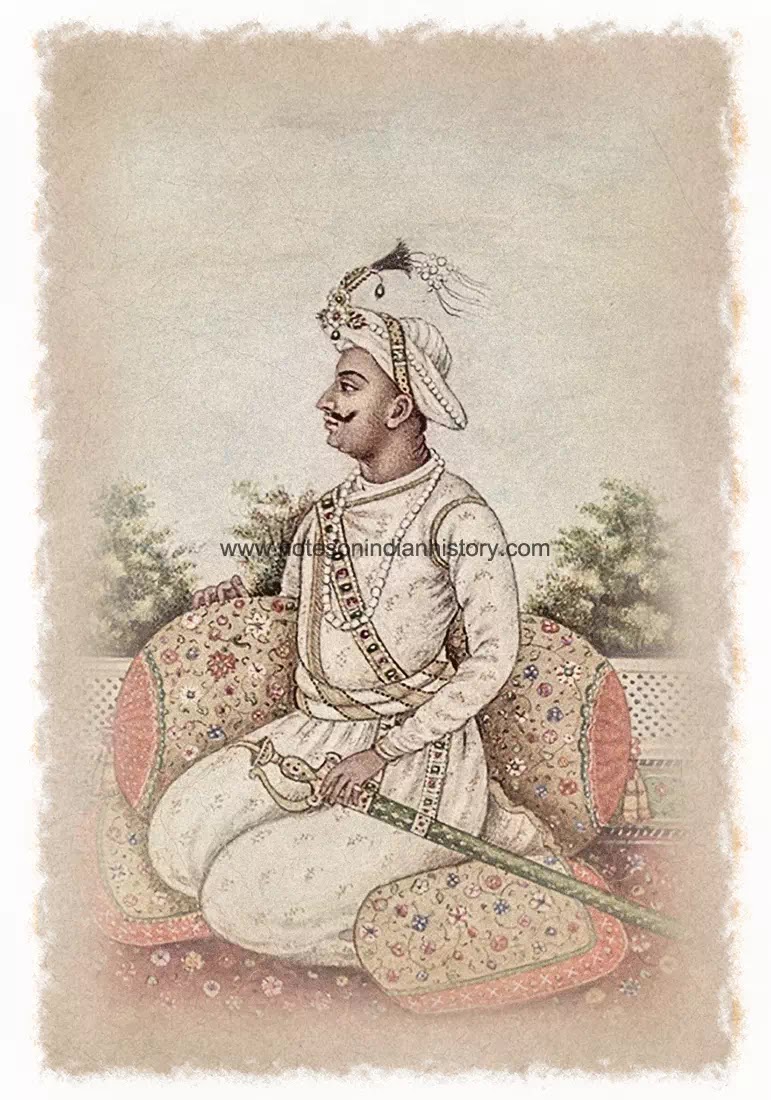 For three or four years after his marriage with Fatima Fakhr un-Nissa Hyder Ali had no children. In order to obtain a son, Hyder Ali visited the tomb of the sufi saint Tipu Mastan Aulia in Arcot.

Tipu Sultan was born in 1750. "As his [Tipu's] advent was owing to the secret aspirations and intercession of the saint Tipu Mastan, he was named Tipu Sultan", writes Kirmani.

The story goes that in 1761 when Hyder Ali became the Nawab, he wanted to replace the mud walls of the Kalasipalyam fort at Bangalore with stone. Three men - Hazrath Tipu Mastan, Hazarath Manik Mastan and Hazrath Tawakkal Mastan Shah Saharwardi - migrated to Bangalore and joined the work force as masons. They used to just touch the stones and the stones would automatically arrange themselves. It is also said that the three were brothers. They did not accept wages and after work went to a mosque in Kumbarpet and slept there.

When Hyder Ali was reported this, he sent an official to investigate the matter. When the official went to the mosque to look for them, he saw no one there, but only three parts of a human body. Hyder realised that the three were no ordinary men, but saints.

Tawakkal Mastan settled in Cottonpet. The saint wanted Hyder to build a mosque there. This heritage mosque now stands tall beside the dargah.

Sri Ravi Visvesvaraya Sharada Prasad's ancestors were senior officials at the Mysore court. According to him Tipu Sultan was named after a Shaivite saint Thippe Rudra Swamy of Nayakanahatti village near Chitradurga.

The saint blessed Hyder and Fakhr un-Nissa Begum that they would have a son who would be renowned for bravery.

Thippe means a 'mound of cowdung'. When the child was born he was lovingly called 'Thippe Sultan'. The name Thippe afterwards modified to 'Tipu'.

Of these three accounts, the second seems to be reliable.

The name Tipu does not have any meaning. Tipu Sultan is a full personal name.