Who is the Prince in This Painting?

An oil on canvas titled 'Portrait of a Prince' (C. 1795) was sold in auction for Rs. 4,000,000 at Pundole's, Mumbai. As per the description given in the site, this is the portrait of a son of Tipu Sultan attributed to the British artist Robert Home who also painted the world-famous artwork 'The Reception of the Mysorean Hostage Princes by Marquis Cornwallis'. 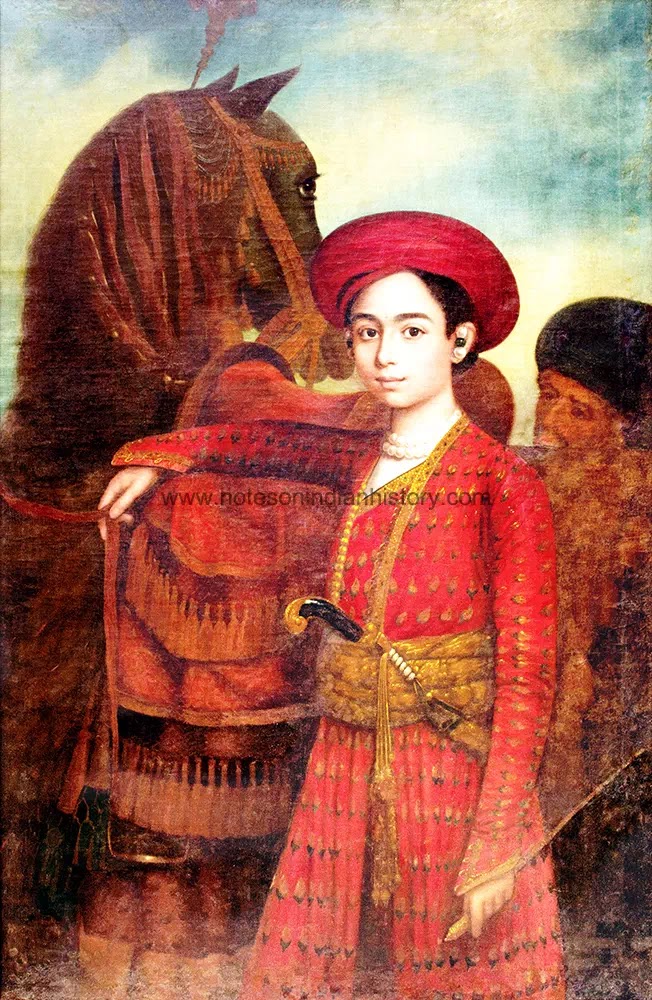 The site further states that the current painting depicts a young prince dressed regally with a turban of South Indian style, characteristic of the court of Mysore. The style and treatment of both the figure and the background suggests that the painting was produced by an artist trained in the British academic style of the late 18th century. Furthermore, the rich clothing, the ceremonial dagger and the double string of large pearls hanging around the child's neck, identify the child as part of a princely family from South India. All of these elements combined with the striking features of the young boy suggest that the painting is likely to depict one of the sons of Tipu Sultan, who during the Mysore wars became popular subjects with British artists working in India.
Here is the close-up shoot of the same painting. 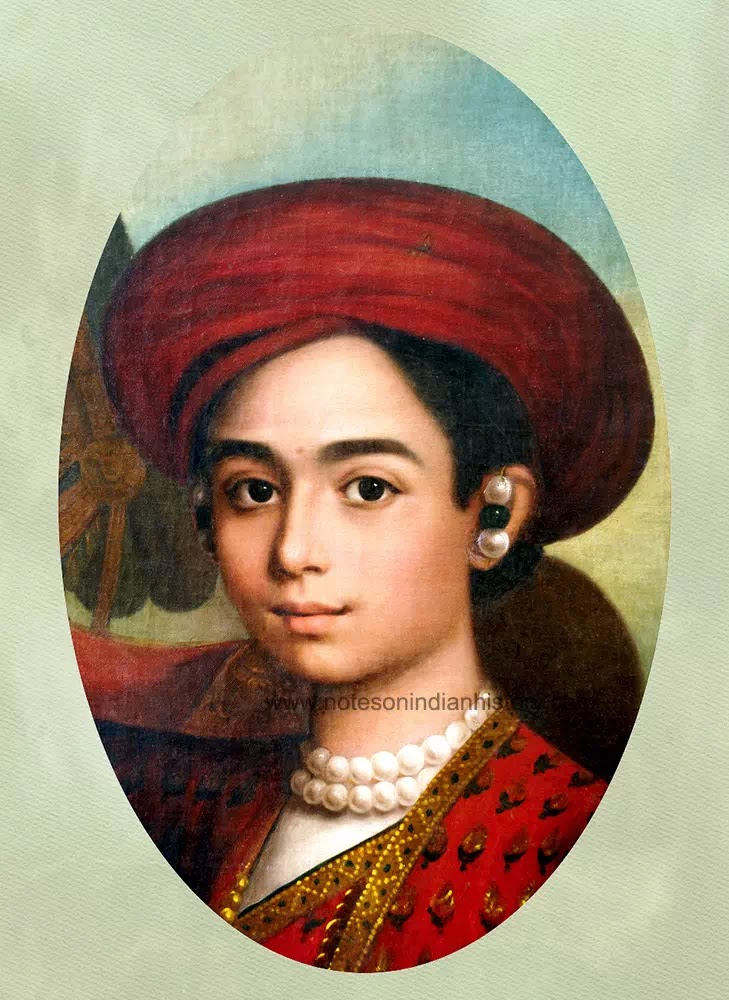 What is the truth?
Below is the artwork painted by Robert Home who was an eye-witness of the reception of the Mysorean hostage princes. As you can see there are big differences between the princes in these two pictures. 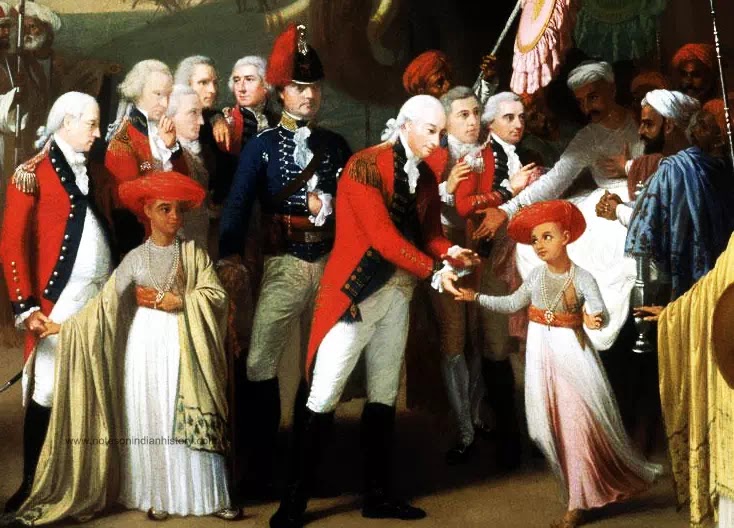 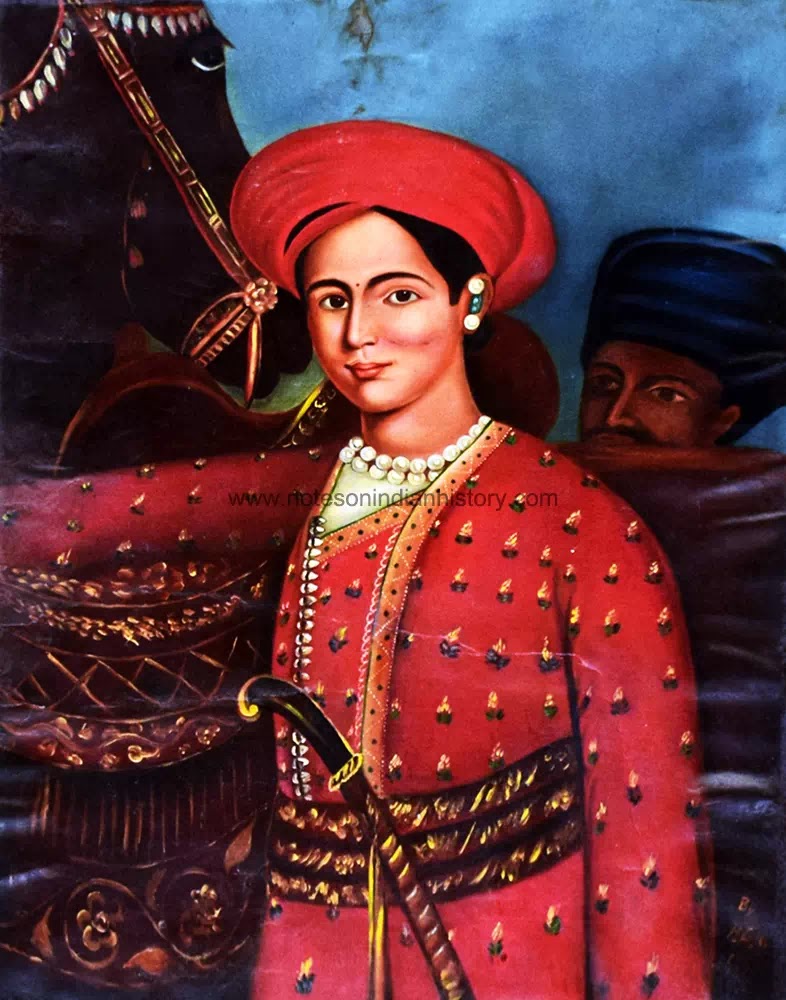 You can find similar paintings Here and Here.
As the prince was born in 1782, he must be 12-13 years old in 1795. It is not known who painted it. Raj Krishna Deb's father Raja Naba Krishna Deb was the Diwan of Lord Clive and Persian Munshi to the Company.
The seller used Tipu Sultan's labels to sell this painting faster!
Share
Post a Comment
Labels#Mysore/Karnataka
Newer
Older