Mahe is one of the four districts of the Union Territory of Puducherry [Pondicherry]. Other three are Yanam in Andhra Pradesh, Puducherry and Karaikal in Tamil Nadu. 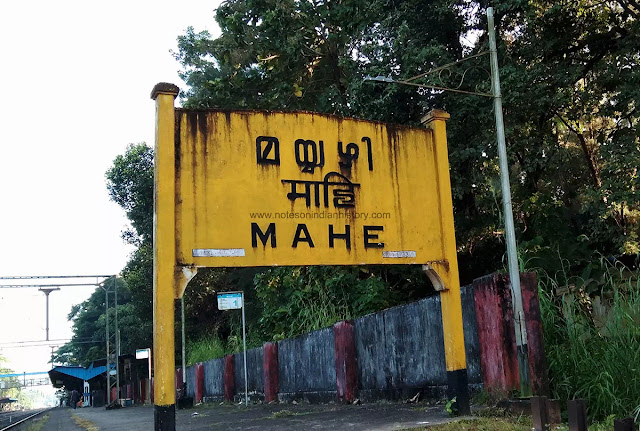 It's interesting to note that, while Mahe is physically located in Kerala, it is officially part of Puducherry.

Situated between the towns of Thalassery and Vadakara, Mahe also known as Mayyazhi is the smallest district in India.

The place got its name from the Mayyazhi river. Mayyazhi in Malayalam means the 'black river mouth'.

Mahe was under the rule of the French from the year 1721. While the rest of India got independence in 1947, Mahe remained as a French colony until 1954.

We will see the history of Mahe in another post....

The French pronounced the name 'Mayyazhi' as 'Mayé' which afterwards became 'Mahe'.

According to some other records Mayyazhi was renamed as Mahe in honour of the French Capitan Bernard Francois Mahe de La Bourdonnais who captured it from the Vatakara Vazhunnor [King of that region] in 1725. However, the form Mahé had been in use for several years before that.

The renowned Malayalam author M. Mukundan captured the exact essence and rhythm of Mahe in his classic works Mayyazhipuzhayude Theerangalil (On the Banks of River Mayyazhi) and Daivathinte Vikrithikal (God's Mischief) with exquisite emotional realism.

Places I Visited in Mahe:

The smallest district has many surprises.

During this trip I stayed at Hotel Theertha International. 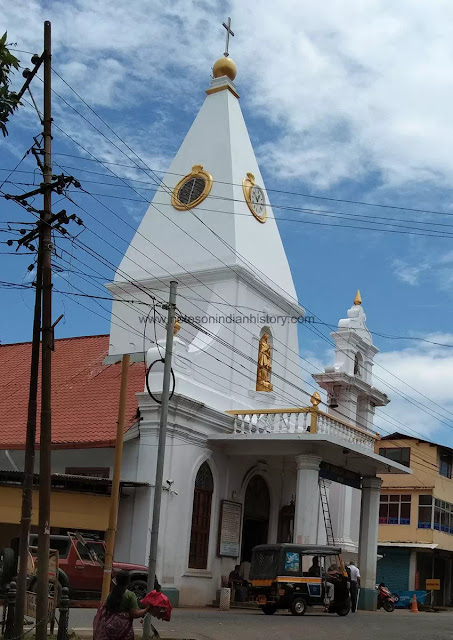 Built originally in 1736 by an Italian, Father Dominic, it is said to be the oldest church in Malabar. The church suffered extensive damage in later years and successive repairing works were also carried out. The St. Theresa's feast, held in October, draws a significant number of people from many castes and groups. 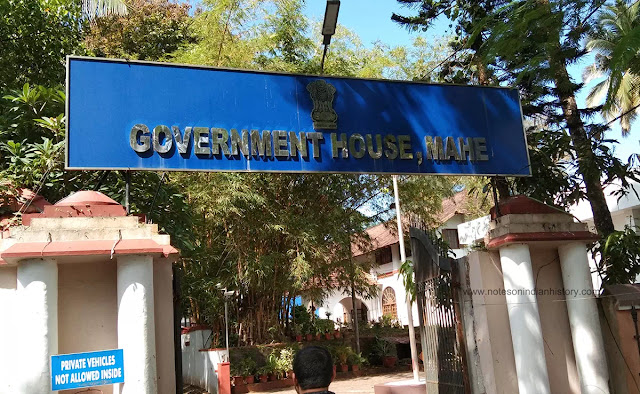 This is a heritage building built during the French regime. I could not visit the museum since it was closed for renovation. 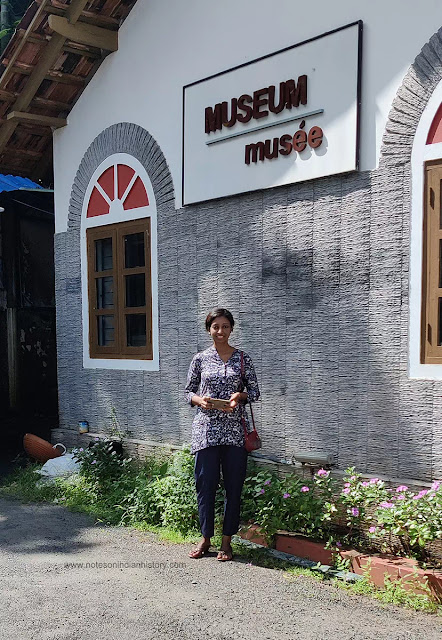 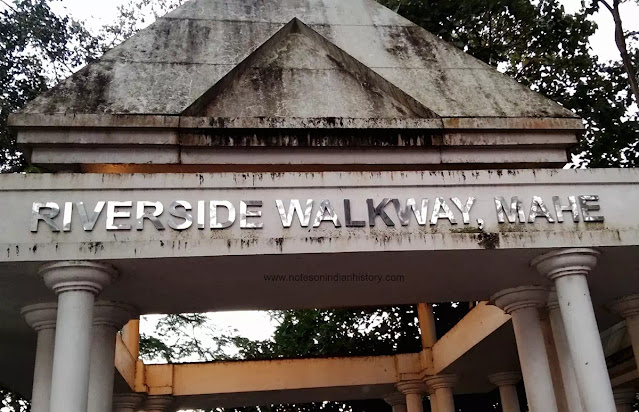 When you enter the Riverside Walkway straight from the Government House, you will be surprised to see a paneled relief depicting 12 scenes from M. Mukundan's 'Mayyazhipuzhayude Theerangalil' on a 100-feet wall. 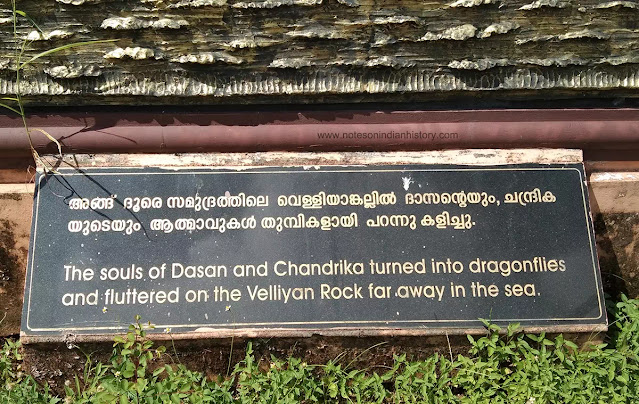 These scenes were immortalized by Artist K K R Vengara. 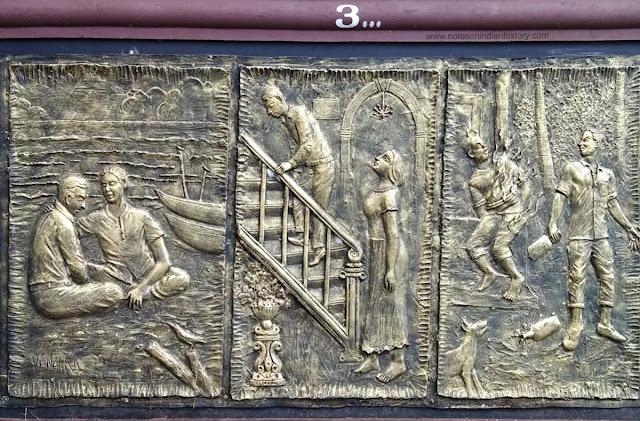 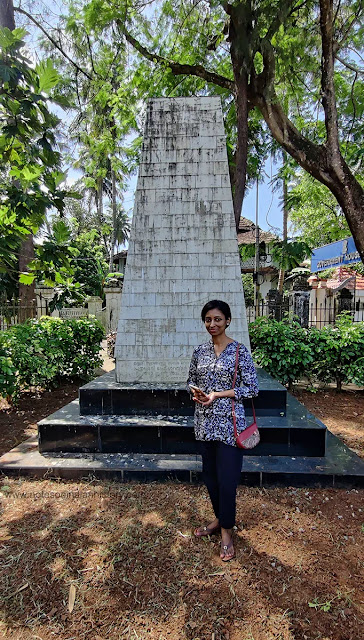 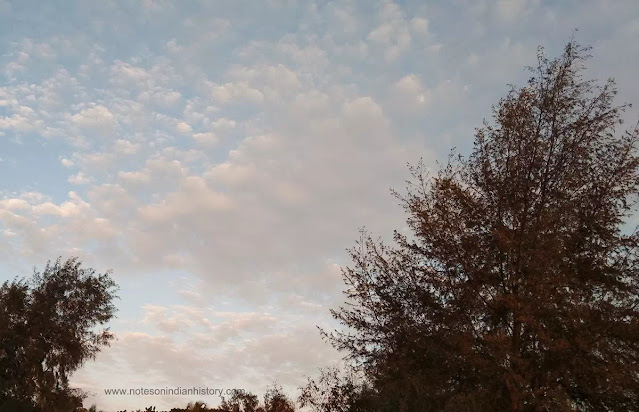 Unfortunately, the Hillock too was closed at the time of my visit. 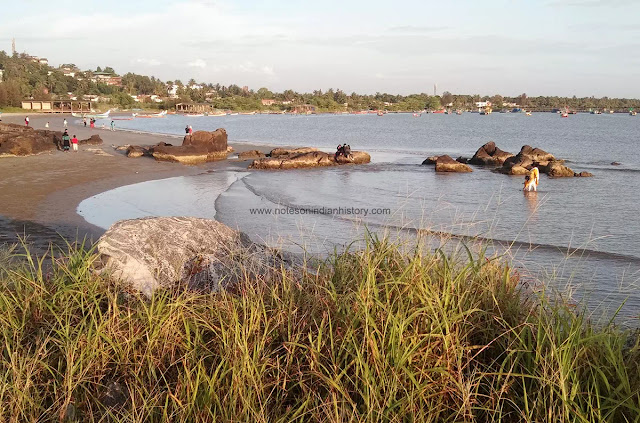 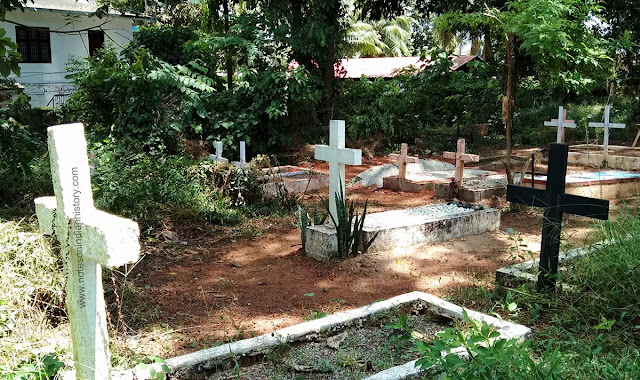 Modern Mahe is famous for its cheap Liquor since the taxes are very low (no state taxes). You can see plenty of liquor shops there.

For history lovers Mahe is a great place to explore French history.