Posted onNovember 25, 2014
Aurangzeb......in love?...... Little difficult to believe, right? but it is true! We know that Aurangzeb, third son of Shah Jahan and his beloved wife Mumtaz Mahal, is a cursed name in Indian history, who murdered his brothers and imprisoned his own father for the throne. Being a strict Muslim, Aurangzeb reverted Akbar's policies of religious tolerance. Anyway, this love affair happened long before his accession to the throne; when he was a Prince. At that time, he was the governor of Deccan. 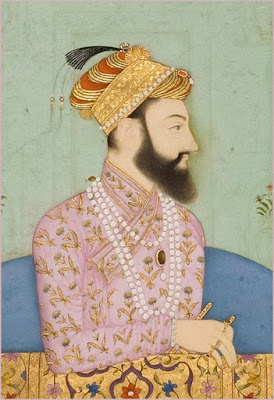 One day, Prince Aurangzeb visited the house of his aunt, a sister of Mumtaz Mahal, at Burhanpur. When he entered the house, he saw a beautiful lady standing under a tree and singing in low tune. This lady is our heroine; Hira Bai. She is also known as Zainabadi Mahal as she was a native of Zainabad at Burhanpur. According to Ahkam-i-Alamgiri "On seeing her, the prince unable to control himself, sat down there, and then fell down on the ground in a swoon". When Aurangzeb's aunt heard this, she became worried that whether the Prince has got some serious illness. Later in the midnight, he told his aunt, "If I tell you my disease can you cure it?" She replied that she will sacrifice her own life to cure him. When he told her about his love to Hira Bai, she stood speechless. Then the Prince again said, "You have uselessly shown all this tenderness in inquiring after my health. When you are not giving me a reply, how can you cure me?" Mir Khalil, his aunt's husband, was the governor of Burhanpur. She feared that if Mir Khalil happen to know about the Prince's love affair, he will first kill Hira Bai first and then her. She also added that she will sacrifice her own life, but why should destroy a poor innocent girl's life for no reason.

Aurangzeb decided to try other means to get possession of her. Next day, he consulted with Murshid Quli Khan, a trusted confidant. who suggested to murder Mir Khalil. But Aurangzeb did not want to make his aunt a widow. He requested Murshid to talk to Khalil. Murshid went to Khalil and informed him the matter. Khalil agreed to send Hira Bai in exchange of Chattar Bai, who was one of the women in Aurangzeb's harem. 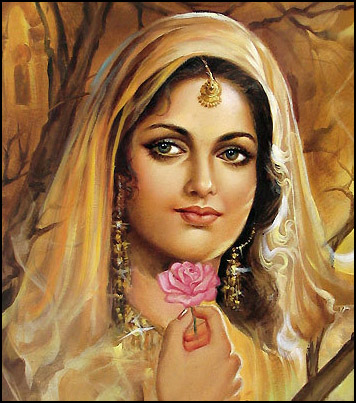 There is another version of this incident narrated in Masir-ul-Umara: Once, when Prince Aurangzeb was taking a stroll in the garden of Zainabad, Zainabadi (Hira Bai) came there accompanying the Prince's aunt. According to Masir-ul-Umara "Zainabadi, whose musical skill ravished the senses, and who was unique in blandishments, on seeing a fruit-laden mango tree, in mirth and amorous play advanced, leaped up and plucked a fruit. This move of hers robbed the Prince of his senses and self-control". Aurangzeb is known for his abstinence and had acquired great theological training. Historian writes that in spite of all those, he became infatuated with her and took her away from his aunt's house.

One day, she offered a cup of wine and requested him to drink. In order to please her, he was compelled to drink wine. When he was about to drink it, she snatched away the cup from his hand and said, "I was testing your love. My purpose was not to poison your mouth with this liquor".

Unfortunately, Hira Bai did not live long. No historian informs us how she died, but on the day she died, Aurangzeb, in extreme grief, went out for hunting. Aqil Khan, who was a poet and a trusted noble of Aurangzeb, went to meet him and inquired the reason for hunting when he is so much disturbed. Aurangzeb replied,

"Lamentation in the house cannot relieve the heart, In solitude alone you can cry to your heart's content."

"How easy did love appear, but alas how hard it is! How hard was separation, but what repose it gave to the beloved!"

Hira Bai is buried at Aurangabad.

Manucci (a Venetian served in the artillery of Prince Dara Shukoh) also mentions Aurangzeb's love affair: "Aurangzeb grew very fond of one of the dancing women in his harem, and through the great love he bore to her he neglected for some time his prayers and his austerities, filling up his days with music and dances; and going even farther, he enlivened himself with wine, which he drank at the instance of the said dancing girl". Manucci adds that after the death of Hira Bai, Aurangzeb made a vow that he will never drink wine nor will listen to music. "In after-days he was accustomed to say that God had been very gracious to him by putting an end to that dancing-girl's life, by reason of whom he had committed so many iniquities, and had run the risk of never reigning through being occupied in vicious practices".
Share
3 comments
Labels#Mughal
Newer
Older