Posted onJune 03, 2018
During the ten years after the death of Sultan Shams-ud-din Iltutmish (1211-1236), four of his children sat upon the throne of Delhi, however, they were incompetent to rule. After the death of Iltutmish, his forty Turk slaves (Chihalgani, also called Shamsi slaves) grew powerful. Ulugh Khan, otherwise known as Ghiyath al-Din Balban (1266-1286), was one of them. During the reign of Nasir-ud-din (1246-1266), Balban was the Vizier; who, keeping Nasir-ud-din as a puppet, carried on the government. Sultan Nasir-ud-din Mahmud had no heir, and, before his death he nominated his father-in-law Ulugh Khan his successor. Soon after his accession to the throne, Balban destroyed the Chihalgani. Due to the incompetency of Iltutmish's successors and the haughty behaviors of the Shamsi slaves, people had become disobedient. Balban re-organized the administration and restored the authority of the government so that the people became obedient and submissive. It can be said that Balban was the greatest ruler of the Slave dynasty. 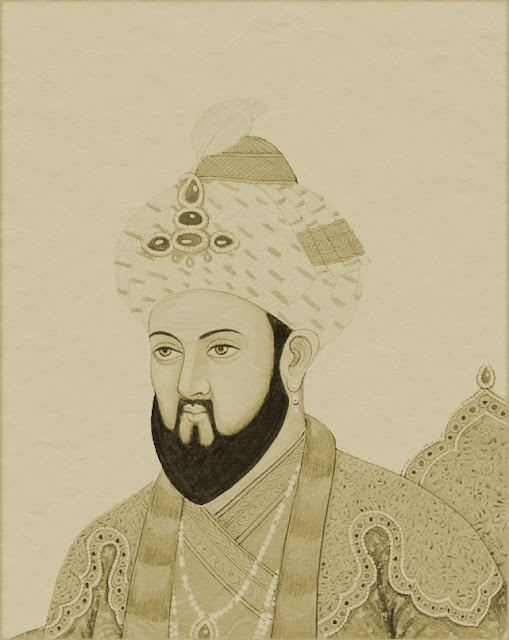 Balban was a strict disciplinarian.

According to him a King was the deputy of God (gods upon earth). And a king should perform 4 duties. They were: 1. To assume dignity and power at proper occasions, and keeps nothing before his eyes except the happiness of the people, and fear of God. 2. do not permit cheating and other crimes, without imposing punishments. 3. entrust all business and duties to wise, meritorious, honest and God-fearing persons. 4. To be just in the administration of justice.

He was a generous king. He gave asylum to the princes and sovereigns of the East, who had been overthrown by Chengiz Khan, at his court.

He often said that if a king did not maintain the rules and observances of the empire, in the arrangement of the court, and in the splendour of the processions, and whose behaviour and sayings did not reveal the grandeur befitting a king, dread and awe for him would not exist in the hearts of his enemies, or his people.

He never appointed people to a post until their integrity and goodness were clearly established.

In the administration of justice, he showed no favour to his brethren or children. In order to secure justice, he appointed spies throughout the kingdom.

He used to say that dignity and grandeur of a king, inspired greater awe in the hearts of his people than the punishments inflicted by him.

He prohibited the use of wine and other liquors.

He never allowed jesters or buffoons to enter his court. He never joked, nor did he allow any one to joke in his presence; he never laughed aloud, nor did he permit any one in his court to laugh.

He never attempted to conquer distant countries in order to protect Delhi from Mongol attacks. According to him, a king should first make his own dominions perfectly secure; and then only attempt to conquer other countries. 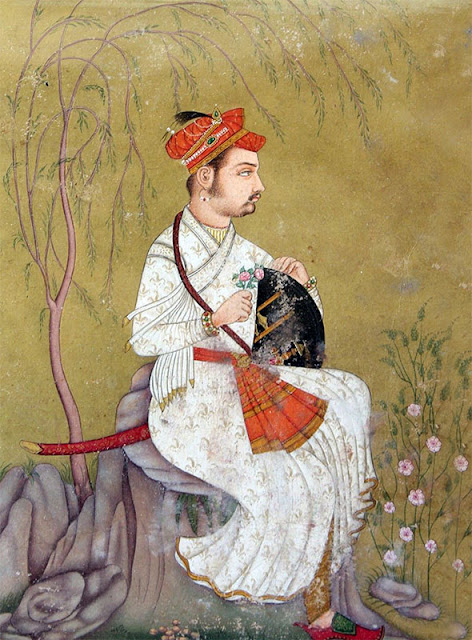 Muhammad Sultan, also known as Khan-i-Shahid (other names: Khan-i-Buzurg and Qaan-i-Mulk), was the eldest son of Balban. Balban proclaimed him his heir apparent, and made him the governor of Sind. The poets Amir Khusru and Amir Hasan were in the service of this Prince. Every year he visited his father with valuable presents, and after staying a few days with him he returned to his government. On the last occasion, he told him that he had spent a long life in the administration and government of the kingdom; and by study and experience, he had acquired some knowledge which might be of service to the Prince after his death.

Balban's Advice to His Son:

"When you sit on the throne, consider yourself as the deputy of God. Have a just sense of the importance of your charge. Do not permit any meanness of behaviour in yourself to fully the lustre of your station, nor let avaricious and low-minded men share your esteem, or bear any part in your administration.

Let your passions be governed by reason, and beware of giving way to anger. Anger is dangerous in all men, but in kings it is the instrument of death.

Let the public treasure be expended in the service of the state with that prudent economy, yet benevolent liberality, which reason will dictate to a mind like yours, ever intent on doing good.

Always keep yourself thoroughly acquainted with the condition and the acts of your deputies and officers.

Let your judges and magistrates be men of capacity, religion and virtue, that the light of justice may illuminate your realms.

Both publicly and privately, you always preserve the dignity and grandeur of royalty; never indulge in any forbidden or unlawful practices.


Spare no pains to find men of genius, learning and courage. You must cherish them by kindness and munificence, that they may prove the soul of your councils, and the sword of your power. Never expect loyalty from wicked men, and those who have not the fear of God in their hearts; and know that the well-being of your kingdom, and of religion, lies in your banishing such persons from your neighbourhood.

When you raise one to a high position, do not again cast him down for some small fault that he may commit, and do not afflict one who sincerely wishes you well, except for some reason of state, and do not convert your friends into your enemies.

Do not listen to the words of a captious man and do not allow such men to come near you; as this will create a fear in the minds of the adherents of your court, and of the well-wishers of your greatness; and will give rise to great dangers in the affairs of your kingdom.

Do not embark in an undertaking until you know what its issue will be; for to leave any transaction unfinished does not consort with the dignity of a king.

Do not attempt any thing without consulting wise men; refrain always from doing a thing which can be done equally well by one of your subordinates. The power of discriminating good men from bad is the real test of government; and in all matters the golden mean should be followed: for sternness and ferocity produce universal hatred; while sloth and slackness bring thoughts of violence and revolt into the heads of the turbulent.

Always take the greatest care in your own safety, for therein lies the safety of your people; keep your court well guarded by faithful and honest watchmen and sergeants. Always be kind to your brother, and never listen to any one's words in respect of him; consider him to be your arm and support; and confirm his fiefs to him."

Death of the Martyr Prince: In 1285, Muhammad Sultan sustained defeat at the hands of the Mongols near Lahore. Amir Khusru was taken captive, but was released later. When the news of the death of his son reached Balban, he was broken down with sorrow. At this time, he was more than eighty years of age. Although he tried to show that he was brave and strong, the marks of the infirmity and fragility, owing to this calamity, became manifest to all; and his state became worse day by day. By day he held his court, and entered into public business as if to show that his loss had not affected him; but at night he poured forth his cries of grief, tore his garments, and threw dust upon his head. He then bestowed Multan, with the other territories, on Kai Khusrau, the son of Muhammad Sultan. The reign of Balban now drew to a close, and he gradually sank under his sorrow.

The Last Days of Balban:


He summoned his younger son, Bughra Khan (or Kurra Khan), entitled Nasiru-d din, and told him, "The separation from your elder brother has made me sad and infirm. I see that the hour of my passing away is approaching. At this time your absence from me, when I have no heir but thyself, is inexpedient. Your son Qaiqabad and your brother's son Kai Khusrau are both young; and have no experience of the world. If the kingdom falls into their hands, they will not be able to keep it safe. You will have to do homage to either of them, if they sit on the throne of Delhi. But if you ascend that throne, the ruler of Lakhnauti will submit to you, and obey you. Therefore, you should not go away from Delhi." But Bughra Khan, however, was desirous of ruling at Lakhnauti; and when the Sultan appeared to be slightly better, he started for Lakhnauti, without obtaining leave.

The Sultan's malady grew worse. He summoned Malik Fukhr-ud-din Kotwal (the chief magistrate) and said, "After I am gone, you must set upon the throne Kai Khusrau (Khusru Khan), son of my eldest son, the martyr prince, whom, after his father's death, I named as my successor, and who is worthy of the throne. He is young and incapable of ruling as yet, but what can I do. Bughra Khan has shrunk from the work, and people shut their eyes at him. He is gone to Lakhnauti, intent upon other views. The throne will not stand without a king, and I see no course but that of my making my will in favour of Kai Khusrau."

As Malik Fukhr-ud-din Kotwal and his adherents had been hostile to the martyr prince, they sent Kai Khusrau, his son, to Multan under a false pretext. The kotwal summoned the chiefs and stated that Kai Khusrau was unfit to reign as his disposition is violent, and since Bughra Khan was absent, it would be most prudent to place the reins of government in the hands of his son Qaiqabad, who was then present at Delhi. After Balban's death the nobles placed Qaiqabad on the throne with the title of Muiz al-Din. 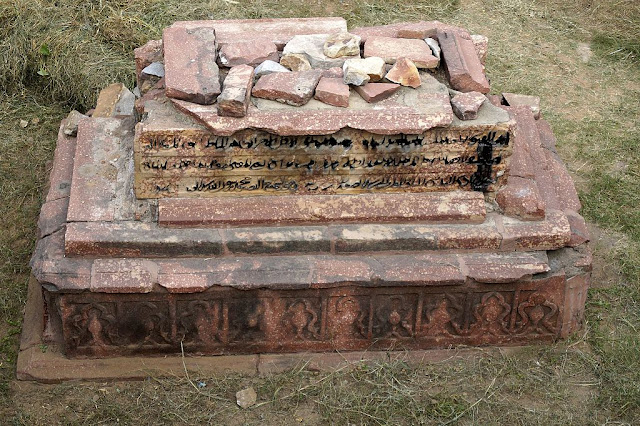