The day after the capture of Srirangapatna, Colonel Stapleton Cotton was breakfasting with Colonel Arthur Wellesley in the latter's tent when Tipu Sultan's sons were brought in. Prince Ghulam Muhammad (born: Mar 1795; died: Aug 1872) [also spelt Gholam Mohammed or Gholam Mahomed] was then about five years old and looked very much terrified. To comfort the little fellow, Colonel Cotton affectionately crammed a lump of sugar [ie, a small cube of sugar that is put in coffee or tea] into his mouth, and comforted him. 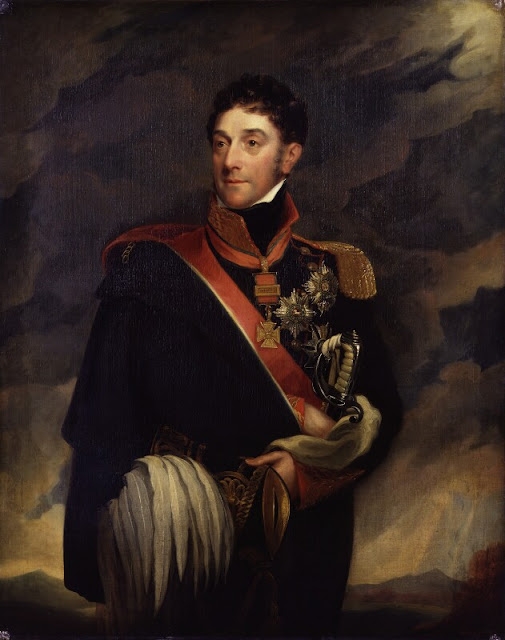 Fifty-five years have passed. The 'little fellow' Gholam Mohammed was now a grey-bearded old man of nearly 60 years. In 1854, he went to England to claim the restoration of the allowance which his family had formerly received. On his arrival in London, one of the first to greet him was his old friend, Colonel Stapleton, who had then became the 1st Viscount Combermere [or Lord Combermere]. When Gholam Mohammed dined at Lord Combermere's, he well recollected the childhood event, and how Colonel Cotton had sought to soothe his childish fears with a lump of sugar. He said that, having heard of the trial by rice, when the sugar was first put into his mouth, he had thought, that some punishment would follow, and had been greatly frightened at the idea. When Gholam Mohammed and his son Feroze Shah quitted London in 1855, he sent his old friend his portrait, accompanied by a kind letter (26th June, 1855):-


"My respected Lord, Being on the eve of departure, I have thought it not improbable that you would kindly accept my likeness, which I have the pleasure of sending herewith. When you look at it you will think of my infant days, when I used to sit on your knee and receive from your kind hands sweetmeats and other gifts; and am still in hopes of retaining your affection as long as we both live. I am going from this country, but shall ever remember the kindness and hospitality I have received from all parties.

The Hon. East India Company have thought fit to sanction most of my requests, being well acquainted with our rights; but the Board of Control objected to several of such requests, through ignorance of Indian affairs; but I am partly satisfied for the present, and hope for better in future.

Prince Feroze Shah presents his esteem and respects to Lady Combermere and yourself, in which I heartily join, and believe me to remain ever". 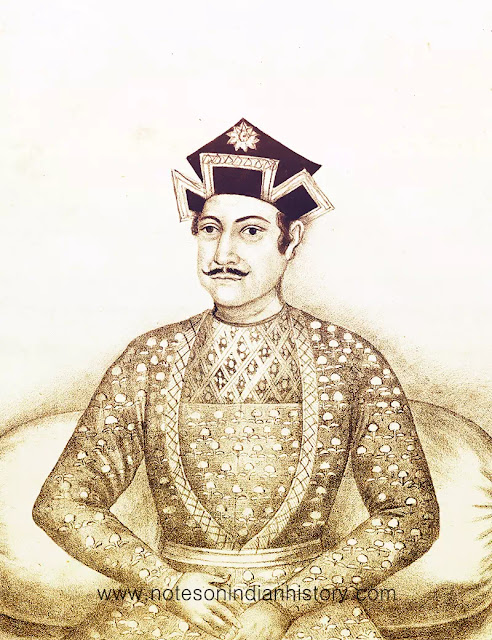 Lord Combermere died on 21st February 1865. It was at this time that Gholam Mohammed's letter reached Lady Combermere containing congratulations on Lord Combermere's health and vigour. No sooner the intelligence of his friend's death reached Calcutta, than he rectified the involuntary mistake by writing the following letter on 22nd July, 1865:-


"Mr Dear Respected Lady, Very soon after dispatching my last letter to you I was shocked and pained to hear of the demise of my oldest, dearest and most respected friend, the good Lord Combermere, and I truly regretted that I had written to you lightly and hopefully when at the time so much sorrow was in your poor heart. But such involuntary errors are the result of the great distance which separates us from our friends in England: while we are congratulating we ought perhaps to be condoling. I am glad to learn, from your letter of the 15th June, that you were somewhat composed when my unlucky letter arrived.

For myself, my dear madam, I can assure you that I have reason to mourn his death almost as that of a father. He knew me in 1799, when I was but five years old, and I remember his kindness to me then. During his command in India, twenty-five years after that time, I always experienced his goodness, for he was one of my best friends, if not the best. In England he protected my interest, and said many kind words in my behalf, besides receiving me with cordial hospitality at his house.

Our gracious Queen, suffering under an affliction similar to your own, must have deplored the loss of so brave and loyal a soldier — one who did much to secure Her Majesty's power in the East. But it must be your consolation that he lived a long and worthy life and died full of honours, leaving a name to be long remembered amongst those of British heroes.

Prince Feroze Shah thanks you for your kind sympathy, and, with his best wishes for your comfort, assures you of his own amendment.


I shall indeed prize with mournful interest the portrait you have so kindly sent me. It is an excellent likeness. In it he seems stouter than when I saw him, alas! for the last time.

Hoping that your Ladyship will preserve your health under your affliction, and wishing you comfort".

I am,
Your very sincere friend,
Gholam Mohammed