Posted onFebruary 10, 2019
Srirangapatna [meaning: the city of Sriranga] derives its name from the celebrated temple dedicated to Sri Ranganatha Swami (Lord Vishnu). It is an island surrounded by the Kaveri River. Srirangapatna [Seringapatam of the British] is also famous as the capital of Tipu Sultan [Tippoo Saib of the British], popularly known as the Tiger of Mysore. 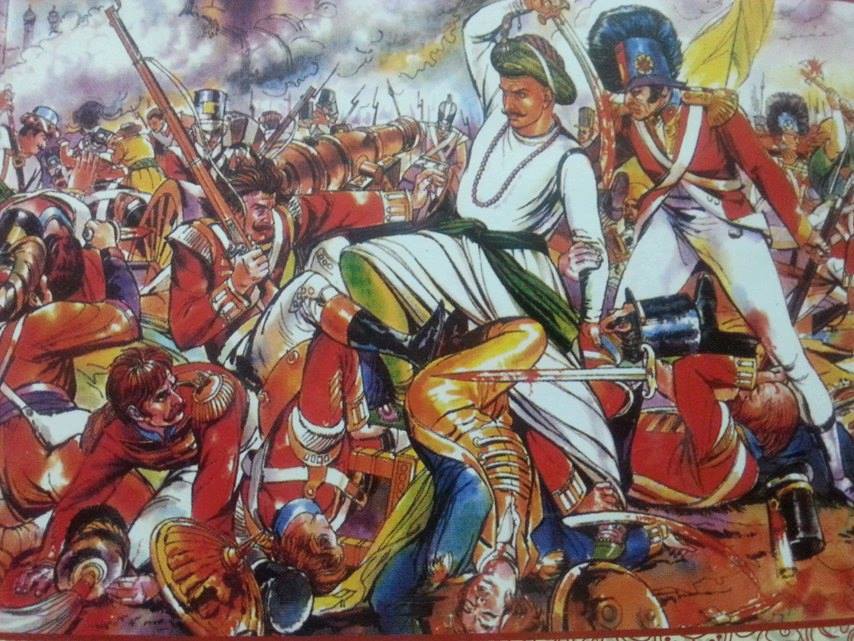 The 4th Anglo Mysore war was fought between Tipu Sultan and the British East India Company with its two allies, the Marathas (However, the Marathas had either taken the field nor sent any assistance to the British) and the Nizam of Hyderabad.


Tipu was defeated at Seedaseer and at Mallavelly, on 6 March 1799 and on 27 March 1799 respectively. General Harris crossed the Kaveri and reached near Srirangapatna by 1st April.

When Tipu saw the advance of the British army across the river Kaveri, he addressed his officers, "We have now arrived at our last stage; what is your determination?". All of them replied, "To die along with you", and the meeting broke up bathed in tears.

Tipu was swayed by a superstitious feeling that he was under the protection of the Deity. (But the Deity did not help him) He had determined to defend the fort to the last extremity. He often said, "As a man could only die once, it was of little consequence when the period of his existence might terminate".

The Last Siege of Srirangapatna:

Before the daybreak on 4th May, the storming party, consisting of 2494 Europeans and 1887 Sepoys (Indian troops), under the command of Major General David Baird, had taken their stand in the trenches. About half past one o'clock Baird stepped out of the trenches and began the attack. In a short time they reached the summit of the breach and hoisted the British flag.

Syed Sahib was in charge of the south-west angle, near the breach, assisted by Sayyid Gaffur. Fateh Hyder, Tipu's eldest son, assisted by Diwan Purnaiah, held the northern ramparts and Sultan Battery. Abdul Khaliq, the second son, had charge of the southern battlements and the Mysore Gate. During the last fourteen days before the siege, Tipu had been residing in a small choultry at Kalale Diddi, or the Water-Gate, located near the outer rampart of the north face of the fort.


Brahmin astrologers had informed the Sultan that the 4th of May, 1799 was an inauspicious day being the last days of a lunar month and they recommended that the Sultan should present the prescribed oblations for averting a calamity. On the morning of the 4th, the Sultan went about 10 o'clock to the palace and presented the oblation of various articles like an elephant, a bag of oil seeds, black bullock, buffalo, two hundred rupees and an iron pot filled with oil &c. Before the delivery of the pot, he held his head over the pot for the purpose of seeing the reflection of his face, which is a ceremony to avert misfortune. On their dismissal, he desired they would pray for the prosperity of his government. After this ceremony, he returned to Kalale Diddi.

On that day, the Sultan was dressed in a light-coloured jacket, wide browsers of fine flowered chintz, a sash of dark red silky stuff, and a turban with one or two distinguishing ornaments. He wore his sword in a rich belt slung over his right shoulder, and a small cartridge box hung to another embroidered belt thrown over his left shoulder; his amulet was fastened under the jacket on his right arm, a little below the shoulder.

Two spies reported him that the Europeans were preparing to storm and they would attack either in the course of that day or at night. In that morning Syed Sahib had also informed him that four or five thousand Englishmen were assembled in trenches with arms and ammunition. Sayyid Gaffur again and again warned the Sultan that there seemed to be an unusual number of men in the trenches, as if an assault was intended; and he recommended that the Sultan should give orders to the troops to be alert. Tipu, however, did not express the least apprehension, nor take any other precaution; he was in the belief that the British would not attempt to attack in the day time.

It was near one o'clock when Tipu reached Kalale Diddi. He immediately ordered his meals; but before he could finish, the alarm of the assault reached him. He instantly washed his hands and seized his arms. While buckling on his sword, he received intelligence that his faithful general Sayyid Gaffur was killed. He exclaimed, "Sayyid Gaffur was never afraid of death....let Muhammad Qasim take charge of his division". He then hastened along the ramparts towards the breach, accompanied by several of his chiefs.

There he saw that his men in the front had been either fled or killed. He stood behind one of the traverses on the rampart, and fired with his own hands against his adversaries. Several Europeans fell by the Sultan's fire. However, in a while the Sultan found himself almost entirely deserted; he observed that the storming party was advancing towards him in greater force. When he felt that defeat was certain, he retired to the traverses of the north ramparts; he mounted a horse and proceeded eastward upon the rampart, till he came to the slope at the sally-port of the water gate. When he crossed the bridge and entered the sally-port it was so much crowded that he could not make his way to the town. Meanwhile, the storming party, following his track came up to the bridge, and on the first fire the Sultan was wounded by a musket-ball in right side. He, however, advanced through the crowd, three or four paces into the gateway; when some of the storming party having come up, and the Sultan was shot through the left breast, his horse wounded in one of his legs, and his turban fell to the ground.

The Sultan told Raza Khan, his personal attendant, that he was wounded. Raza Khan proposed to surrender, but the Sultan said, "Are you mad? be silent". Raza Khan then tried to disengage him from the saddle, in that attempt they both fell together with the horse, over the heaps of dead and wounded men. The fallen Sultan was carried by his adherents in a palanquin into one of the recesses of the gateway. Just then some British soldiers entered the gateway. Seeing his rich sword belt, one of the soldiers came near the Sultan [not knowing that it was Tipu himself], and tried to pull it off. The Sultan, who still held a sword in his hand, made a cut at the soldier with all his remaining strength. The soldier who was wounded, shot the Sultan with his musket through the temple, when he instantly expired.

Thus fell the tiger of Mysore, at the age of forty-five [52 or 53 according to his son Abdul Khaliq]. It is still unknown by whom he was killed. On 5th May Tipu was buried beside his father in the mausoleum of Lal Bagh. On the same day Colonel Arthur Wellesley was appointed Governor of Srirangapatna.


Raza Khan was shot through the leg. He later informed the British that the Sultan's greatest anxiety was on account of his family. Perhaps he wanted to put them to death fearing that they would be exposed to indignities. 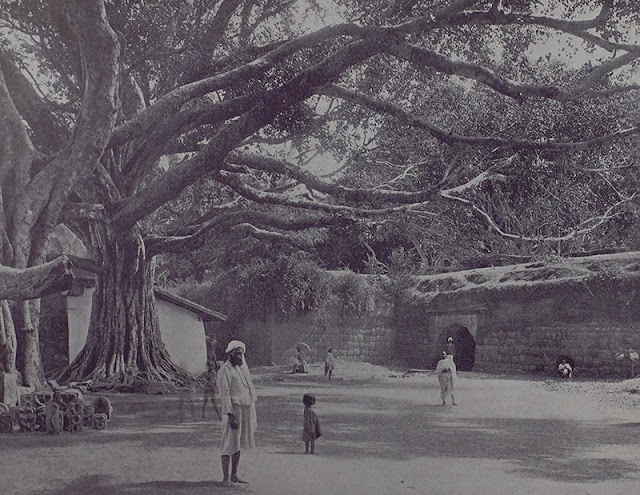 A view of the origin and conduct of the war with Tippoo Sultaun: comprising a narrative of the operations of the army under the command of Lieutenant-General George Harris, and of the siege of Seringapatam By Lieutenant-Colonel Alexander Beatson

In fact it was 182 m to the east of the sally port that Tipu was killed.

Tipu's Personal Ornaments: He constantly wore a ruby ring, which was esteemed by him as the most valuable in his treasury. His turban was always adorned with a jewel of great value. A pearl rosary adorned his person; the pearls of which it consisted were of uncommon size and beauty; they had been the collection of many years, and were the pride of his dress. Whenever he could purchase a pearl of extraordinary size, he  made it supply on his rosary the place of another, of inferior form and beauty. Neither of these precious articles have found on his body.

I have the pleasure to inform you that this day, at one o'clock, a division of the army under my command assaulted Seringapatam; and that at half-past two o'clock the place was completely in our possession. Tippoo Sultaun fell in the assault. Two of his sons, the Sultaun Padsha and Mayen-ud Deen are prisoners, with many of the principal Sirdars. Our success has been complete; I will forward to your Lordship details hereafter. I have the honour to be,