Posted onMay 31, 2020
Hemu was the chief minister of the Afghan Suri king Adil Shah otherwise known as Adali. After the death of Humayun, Hemu defeated the Mughals and captured Agra and Delhi.

It is stated that after the conquest of Delhi, Hemu ascended the throne assuming the title of Raja Bikramajit [Persian form of Vikramaditya] and struck coins in his name throwing off allegiance to his master Adali.

When Hemu became master of the immense plunder of the Mughals he 'kept them himself; and from obtaining possession of so many things appertaining to royalty, he began to entertain ambitious ideas...He distributed all the spoil, with the exception of the elephants, among the Afghans who accompanied him, and gained them over to his own side. With their concurrence, he entered Delhi, raised the Imperial canopy over him, and ordered coin to be struck in his name. He appointed governors of his own, and brought Delhi and the neighboring parganas under his control', writes Ahmad Yadgar. 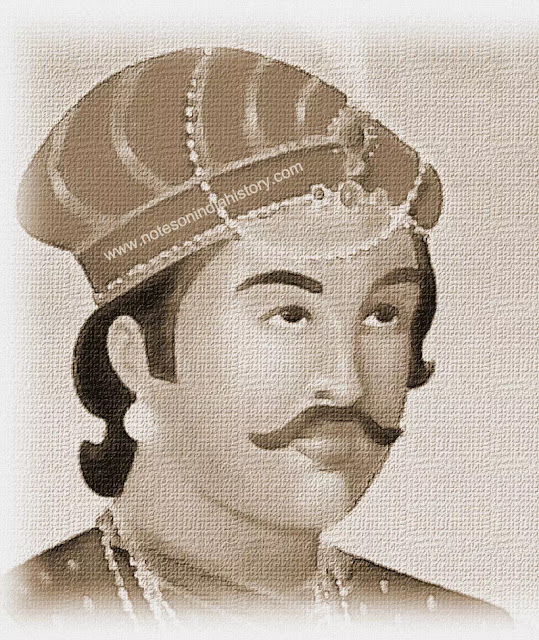 According to notable historians Satish Chandra and N.B. Roy, Hemu's assumption of the title of Bikramajit cannot be regarded as the proof of his accession to the throne. The title Bikramajit was in fact conferred on him by Adali in 1553 after the latter had obtained a brilliant victory over the Karrani rebels. No coin struck by Hemu is known. Moreover, according to the confession of Ahmad Yadgar himself, Hemu remained loyal to Adali, even after the conquest of Delhi in October 6, 1556.


Badauni and Ferishta state that after Hemu was entrusted with the whole administration of affairs [i.e, he was made the vizier by Adali] the proud Afghan chiefs became his enemies. The Afghan amirs 'evinced a great repugnance to obey him, and aroused widespread feelings of shame', remarks Badauni. 'When the low-born Hemu found himself invested with the whole executive power of the empire, his pride and insolence exceeded all bounds. This naturally made all the Afghan chiefs his enemies. They began to conspire for his destruction, and to revolt from his authority', states Ferishta.

But, after the capture of Delhi, Hemu assumed the title of Bikramajit. He won over Shadi Khan and other Afghan chiefs to his side by distributing spoils. 'But the Afghans, since they were sick of his usurpation, began to pray for his fall', states Badauni. [Shadi Khan was one of the chief officers of Adali. He was also killed in the Panipat battle]

Abul Fazl writes: 'Nothing remained to Adali, except the name (of king). Hemu undertook all appointments and dismissals, and the distribution of justice....He got possession of the treasures of Sher Khan and Khan and of their elephant-stud....For some days he took the title of Rai and then he fastened the title of Raja on himself and assumed the style of the Raja Bikramajit...From foresight he preserved the nominal sovereignty for Adali and waged great wars against his opponents'.

Nimatullah says that offended by Hemu's bahaviour the Afghan chiefs decided to desert him in the battle at Panipat: "He [Hemu] moreover assumed a very insolent behaviour towards the Afghans, inviting the greater part of the army to dinner, and sitting himself upon a raised seat, to which no hand could reach; in which posture he jested with the Afghans, and bade them eat, and salute him Hemu Shah. At this the Afghan chiefs were so highly offended, that they agreed to desert him in the next battle, at the decisive moment".


Rizqullah Mushtaqi gives a detailed exaggerated account of Hemu's usurpation: "At last Hemu got complete hold over Sultan Adil Shah. He called himself Raja and did not leave anything with Adali, except the food and water that he continued to supply him. He brought the treasures and the elephants under his own control. Having tightened his grip over the country, he became predominant and divided the country among his own men; the whole of the country slipped away from under the control of Adli Shah. Hemu did not pay any Afghan even a single penny but the men,who had entered his own service, received favours from him. He humiliated all the Afghans. Even the renowned nobles and famous warriors were so much subdued that he killed them easily; none of the notable men was spared. Even the Chaudhris and Qanungos were not spared in any place and the grocers who belonged to his own caste, were installed in their places.

(When) he placed the food before them, he said to them: "so and so are eating". The Afghans ate the food, bowing their heads. He arrested them on flimsy charges; hanged them and killed them, saying: "The Afghans say that we have got a few thousand brothers. Where are these brothers? Why do they not help this brother?" Everyone of (the Afghans) passed from before him with his head bowed down. He killed the Qazi of Awadh and (had) the dead body of His Holiness, the Qazi lying on ground till he got a few thousand tankahs and then allowed it to be taken away for burial. Seventy Saiyids of the town of Rewari were arrested and put to death (by Hemu); Islam (the religion) lost its glory and prestige everywhere. Cow slaughter was banned at certain places. He had arrived in Delhi also to establish infidelity. Most of the dignitaries and notables (Muslims) were arrested and thrown into prison...Hemu released the (aforesaid) notables (of Delhi) saying: "It is all right. When I return from this expedition (the battle of Panipat), I shall settle their affair". 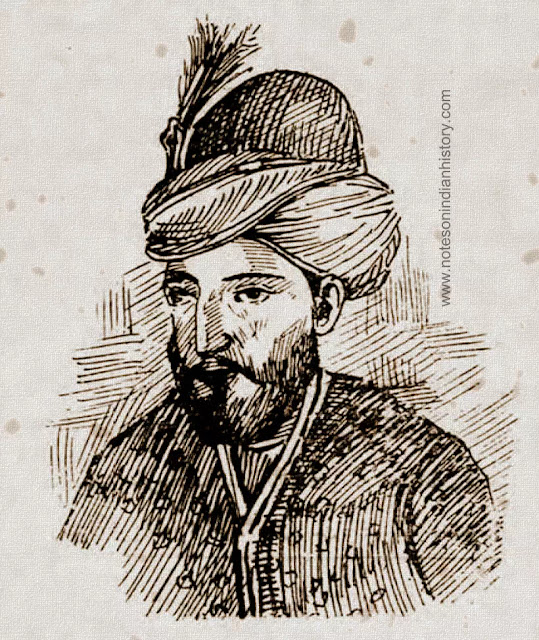 If Hemu had committed all the above mentioned atrocities, the Afghan chiefs would never have considered him as their leader. Anyway, there is record that Hemu's relations such as Taharpal, Rajya and Bhagwan Das were occupied in important positions in the court.


The Afghans were loyal to Hemu as he was to Adali. Ferishta says, 'after the death of the unfortunate Hemu...the fortune of Adali declined apace', Nimatullah, 'Adali was thrown in utter consternation by the news of' Hemu's accident'.

The truth is that after the conquest of Delhi Hemu became the defacto sovereign, but Adali remained the legitimate king of Hindustan.

There were Rajputs also in Hemu's army.

Nizamuddin Ahmad merely states that "Hemu, who was sounding the trumpet of pride in Delhi, and had given himself the title of Raja Bikramajit".

According to the Dutch chroniclers, "the troops of Hemu were discontented owing to their pay being in arrears, and hence deserted their general and dispersed".
Share
Post a Comment
Labels#Afghans, #Mughal
Newer
Older