Was it Akbar who Killed Hemu?

Posted onMay 24, 2020
Hemu was the Hindu vizier of the Afghan Suri king Adil Shah popularly known as Adali. After the death of Mughal emperor Humayun on 24 Jan 1556, Hemu captured Agra and Delhi.

When Humayun died, his thirteen years old son Akbar was in Punjab with his guardian Bairam Khan. Bairam Khan marched with Akbar to retake Delhi and Agra from Hemu.

On 5th November 1556, the armies of Hemu and Akbar met on the plain of Panipat. 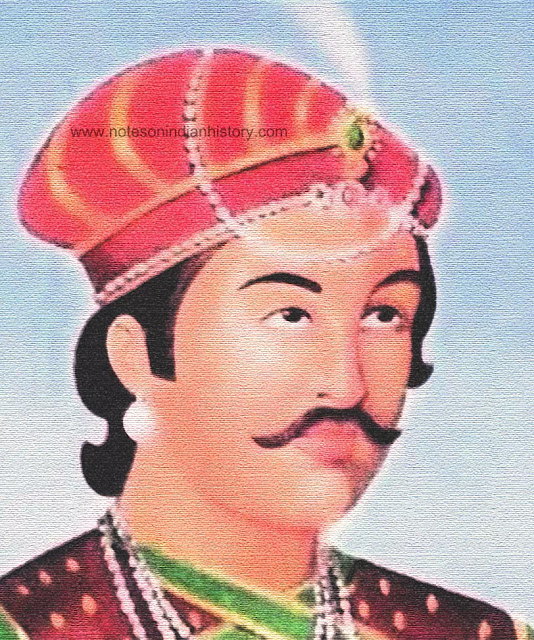 Fortune favored the Mughals. During the battle Hemu got severely wounded. The Mughal chief Shah Quli Khan Mahrum took the wounded Hemu captive and brought him before Akbar. And Hemu was killed there.

Now the question is who killed Hemu? It is a controversial matter. Contemporary sources have given conflicting accounts regarding the death of Hemu.


Following are the accounts of Abul Fazl, Ferishta and Nizam-ud-din. Though there are slight variations, these writers agree that Bairam Khan killed Hemu:

Abul Fazl: "Shah Quli Khan brought in Hemu bound. Though they questioned him, he out of uncouthness made no reply. Perhaps he was unable to speak, or he was overwhelmed by shame and indisposed to say anything. Bairam Khan Khan Khanan begged H.M. the Shahinshah to slay with this own sacred hand this stock of sedition, and to acquire merit by a holy combat. That lord of wisdom ...replied...that....his lofty spirit did not permit him to slay a captive and that it seemed to him that in the justice-hall of the Only One there was nothing meritorious in such an act. Though simple loyalists importuned and pressed him, the Shahinshah showed himself more and more averse to the proceeding....At last Bairam Khan Khan Khanan when he perceived that H.M. was not inclined to take his view, withdrew from the attempt, and...himself became engaged in the acquisition of this fancied merit, and with his sword cleansed the world from the contamination of his existence.".

He also makes the following comment: "Would that H.M. had come out of his veil and given attention to the matter! or that there had been some far-sighted master of wisdom in that court, so that they might have kept Hemu in prison and made him desirous of serving the threshold of fortune. Certainly he was a most excellent servant, and he had a lofty spirit. If he had been instructed by such a great one (as the far-seeing sage, or perhaps Akbar) what works might he not have performed?".

Ferishta: "When the unfortunate Hemu was brought into the presence, almost expiring with his wounds, Bairam Khan told the king, that it would be a meritorious action in him, to kill that brave infidel with his own hand. Akbar, in compliance to the advice of his tutor, drew his sword, but only gently touched the head of Hemu, bursting into tears of compassion. Bairam, looking sternly upon the king, insinuated, that the ill-timed clemency of his family, was the source of all their misfortunes, and with one stroke of the sabre, severed Hemu's head from his body.".

Nizamuddin Ahmad: "Shah Quli Khan...took that elephant, with several others, that had been captured in the battle field, to the presence which was the asylum of the world, and brought it under the noble eyes. The Khan Khanan Bairam Khan slew Hemu with his own hand.".

However, Khwaja Nimatullah, Ahmad Yadgar and the Dutch chroniclers Francisco Pelsaert / Pieter Van den Broecke and De Laet tells something else. They say that Hemu was killed by Akbar himself.

Khwaja Nimatullah: "Shah Quli Khan led the elephant to Akbar; and, dismounting Hemu, presented him before the monarch....Hemu, when carried before Akbar, breathed his last; but the emperor, with his own hand, severed the head of that infidel from the body, and assumed, from that moment, the title Akbar Padshah Ghazi.". 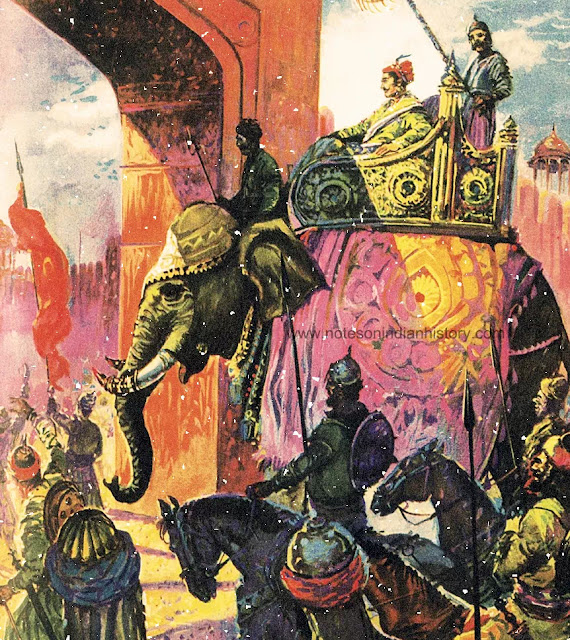 Ahmad Yadgar: "When Shah Quli Beg was told of what had occurred, he came up to the elephant, and brought it into the presence of Bairam Khan. Bairam Khan, after prostrating himself, and returning thanks, caused Hemu to descend from the elephant, after which he bound his hands, and took him before the young and fortunate prince, and said, "As this is our first success, let Your Highness's own august hand smite this infidel with the sword." The prince, accordingly, struck him, and divided his head from his unclean body.".


Francisco Pelsaert / Pieter Van den Broecke: "Shah Quli Khan presented to him [Akbar] the prisoner Hemu and the elephant, pulling Hemu out the Ambarry. Then Bairam Khan took a sword and put it into the hands of prince Akbar who was then 14 years old and said "Put this godless heathen to death by your own hand". The prince did as he was told, being young and unable to think for himself. With one stroke he cut off the head which fell at a distance.".

De Laet: "He [Hemu] was brought before Akbar, who had hastened up on hearing of the rout of the Pathans; at the request of Quli Khan he cut off the head of the prisoner with his scimitar, and ordered it to be fixed on the gate of Delhi, a crime unworthy of a prince.".

Of modern scholars, Vincent Smith supports the views of Ahmad Yadgar, and the Dutch chroniclers and states that it was Akbar who killed Hemu: According to him, Akbar's magnanimity on the occasion of Hemu's execution is a fiction made up at court to suit the later view of the emperor's character, and that the truth is that the young prince obeyed his guardian and smote off Hemu's head with a scimitar, thereby securing the title of Ghazi. He argues that "At the time Akbar was a boy barely 14 years of age, and that since his birth he had been reared among scenes of violence and bloodshed by Muhammadans who regarded the killing of Hindu infidel as a highly meritorious act....Is it probable that the boy Akbar in such a position would have felt any scruples?....Is it likely that in the circumstances a boy of 14 would set up his private opinion against that of his guardian and all the bystanders? Admitting that Akbar, in later life, might have felt qualms about cutting off the head of a surrendered and  insensible prisoner, it does not follow that he must have felt the same sentiments at the age of 14". 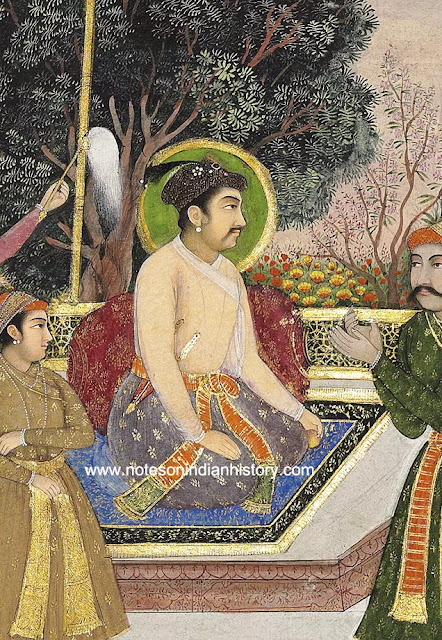 Dr. Damodar Singh and Sukumar Ray supports Vincent Smith's claim by quoting two Mughal records of Akbar's reign written by Arif Qandahari and Bayazid Bayat. They also point out that the historians mentioned above were not contemporary with the event.

Let's now see what Jahangir says about Hemu's death. Jahangir relates a curious account in his Memoirs: "Immediately they brought him [Hemu] as he was before His Majesty Arsh-Ashyani [Akbar]. Bairam Khan said that it would be appropriate for His Majesty to stick a sword into this infidel with his own hand so that he may acquire the reward for ghaza and incorporate the title ghazi into the seals of his decrees as part of his blessed name. "I have already torn him to pieces," His Majesty said. And then he explained, saying, "One day in Kabul I was practicing drawing with Abdul-Samad Shirin-Qalam. I drew a picture of a person with disjointed limbs. One of those nearby asked who it was a picture of. I said, "It's a picture of Hemu". So as not to defile his hand with Hemu's blood, Akbar said to one of his servants, "Behead him!"."


Abul Fazl also mentions this event: He says that one day when Akbar was practicing drawing, he drew the figure of a man with all his limbs separated. One of the courtiers asked the meaning of that strange picture. Akbar said that it represented Hemu. But at that time Hemu was unknown to the listeners. And on the day when Bairam Khan tried to induce Akbar to slay Hemu with his own hand, he replied that he had dispatched that haughty one on a former day and had dismembered him, and then he referred to the incident of the picture. This happened when Humayun returned to India after defeating Sikandar Suri in 1555!

Finally, here's the account of Badauni. His book is of very much importance of Akbar's reign as it contains so much hostile criticism of Akbar. His work was kept secret. He had no reason to make false statements. So Badauni can be considered as a reliable authority for Hemu's death. He states thus:

"They [Shah Quli Khan] brought him [Hemu] as he was to the camp. And Shaikh Gada-i Kamboh and others, said to the emperor, "Since this is your Majesty's first war against the infidels, you should flesh your sword in this unbeliever, for such an act would have great reward." But the emperor replied, "Why should I strike him now that he is already as good as dead? If sensation and activity were left in him, I would do so." Then the Khan Khanan was the first to strike his sword into him, as an act of religious warfare, and following his example, Gada-i Shaikh, and the others, deliberately made an end of him.".

Hemu's death is mentioned in a contemporary Rajput chronicle, the Dalpatvilas: "Then they [Shah Quli Khan and Wali Beg] took hold of him [Hemu], and brought him to the emperor. The Khan Khanan said to the emperor, "If you slay him with your own hands you will be a Ghazi". The emperor replied, "I have not the heart to kill him". The amirs requested him again three or four times. But the emperor said, "I cannot kill Hemu. I feel pity for him. Then Bairam Khan from one side and Wali Beg from the other did Hemu to death.".

Most of the above accounts agree in attributing the young Akbar a magnanimous sentiment which prevented him to slay a helpless captive. If Akbar refused to kill the half-dead enemy, then we may conclude that the 'liberalness and magnanimity were the inborn qualities of Akbar'. On the other hand, if Akbar conceded to Bairam Khan's request to strike Hemu, then it would mean that his broad humanity developed in his mature years.

The History of India, as Told by Its Own Historians. Elliot & Dowson

The Death of Hemu in 1556, after the Battle of Panipat By Vincent A. Smith